If you haven't already marked May 1-15 on your calendar, now's the time. The Festival of Literary Diversity (FOLD), the brainchild of author Jael Richardson, is now in its sixth year and returns again with a spectacular line up of the most essential writers in the country, from superstars to emerging talents. Featuring more than 90 Black, Indigenous, Asian, LGBTQ+, and disabled authors, publishing professionals, and others who have faced barriers in writing and publishing, the Brampton-based festival has developed a reputation for spectacular panels, readings, and workshops.

We were lucky to chat with three FOLD guest authors about diversity in CanLit, their favourite parts of the writing process, and why there is no such thing as an "average writing day". andrea bennett is the author of Like a Boy But Not a Boy: Navigating Life, Mental Health, and Parenthood Outside the Gender Binary (Arsenal Pulp Press); Samantha Garner is the author of The Quiet is Loud (Invisible Publishing); and Cheryl Thompson is the author of Uncle: Race, Nostalgia, and the Politics of Loyalty (Coach House Books).

Tell us about how you become involved with the FOLD and what you'll be doing in the festival. 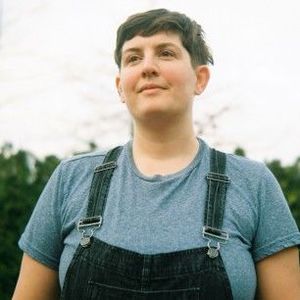 I became involved with this year’s FOLD after pitching a panel on copy-editing. Jessica Johns, the outgoing Managing Editor of Room magazine, had tweeted requesting suggestions about how to build a style guide from an anti-oppressive place. I offered some thoughts and suggestions in the DMs, I think, and then realized that copy-editing was an area that would be pretty great to talk about on a festival panel—to share opportunities, difficulties, approaches, and knowledge with panellists and audience members.

I’ll be on this panel for the FOLD with Jessica Johns, Iva Cheung, and Ronan Sadler, moderated by FOLD Executive Director Jael Richardson. I’ll also be running a similarly themed copy-editing workshop, and moderating a panel that I’m really excited about, which will feature Meichi Ng (Barely Functional Adult), Bahar Orang (Where Things Touch), and Jonny Sun (Goodbye, Again).

The Quiet is Loud is my debut novel, and I was thrilled to be invited to the FOLD this year. I’ve been an eager attendee of the festival for many years, and there really is no other like it. Along with Ausma Zehanat and Evan Winter, I’ll be participating in the “Writers on Mystery and Magic” panel discussion on May 4, and I’m looking forward to the conversation.

I will be taking part in a mood series panel discussion on the evening of May 1 on “Writers on Hope and History.” I was invited to take part in FOLD following the release of my newest book, Uncle: Race, Nostalgia and the Politics of Loyalty.

Can you share a little about your experience of diversity – or a lack of, or barriers to, diversity – in Canadian literature, whether as a writer or a reader?

My most recent book, Like a Boy but Not a Boy, is a book of essays—a queer book of essays—that was published by Arsenal Pulp Press. I was ecstatic that APP was interested in the book, that it would join a history of queer titles that have been so influential to me as a writer and reader. I love the team at Arsenal Pulp, and I just could not be happier to join their authors. I knew that the manuscript would be edited with sensitivity, and that Cynara Geissler and her marketing team would do a great job of positioning it in the market. 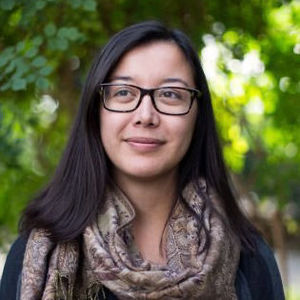 My early experiences in Canadian literature as a reader were very white, very privileged. I read some fantastic stories, but there wasn’t much there for me to personally relate to, particularly as a mixed-race person. As a writer, that became more of an issue. I had internalized the belief that the stories I could tell had no audience. And why wouldn’t I have believed this, given what I’d read? Thankfully, the state of diversity in Canadian literature has improved greatly since then, and I feel much more confident to write about my experiences in a way that more accurately reflects my upbringing and the environments I grew up in.

I have become astutely aware of the issue of diversity in Canadian literature. I recently published a piece on Literary Hub about my experiences as a Black Canadian woman writer publishing books in an industry with so few Black editors, publishers etc. As a reader, I have noticed that over the last ten years there have been more books published on the experiences of Black Canadians, and while there are a lot more stories to be told, this progress is encouraging.

What does an average writing day or session look like for you? Is there such a thing as average? And what, if any, are the tools or rituals you find yourself most in need of when working on a writing project?

No average! I do a lot of different things to make ends meet and am very deadline driven. I used to write one morning a week in a coffee shop, because I have a toddler and my house can get hectic, but the pandemic put an end to that. The only constant about my writing sessions now is that they involve noise-cancelling headphones.

For me there is no average, unfortunately! I do try and sit down at my desk on a regular basis, but when or for how long are rarely consistent. I’m lucky that I get to work from home as a freelancer, but I’m not often able to get into the writing mindset during the work day. So far, the only constants in my writing sessions are a cup of something warm to drink, and some notebooks to scribble in as I work. During the pandemic I’ve found that I miss coffeeshop writing a lot and think of it wistfully, the way I remember relics like phone booths and the sound of a dial-up modem. 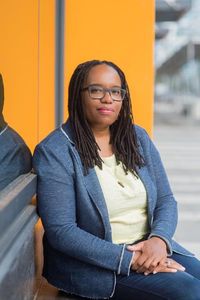 I do not write everyday during the school year but try to dedicate at least two days to writing. An average session would involve researching the topic and trying to gather as much information as I can about it. Then, trying to write as much as I can without too much concern for form or structure. Once I get the idea out, I then meticulously edit my work. I probably edit an article or longer piece of writing over ten times before I submit it for publication. I have found when I receive a rejection letter for my work it is almost entirely the result of not having enough time to do the above. For me, I need time to write and let ideas settle. Having time to step away from the work and return to it days or even weeks later with fresh eyes helps me to gain perspective on my work and that tends to be my strongest writing.

What is your favourite point in the life cycle of a book? (Whether the first draft, revision, discussing the published work, seeing design come together, or any other point.)

I think my favourite point in the life cycle of a book is probably researching and writing the initial draft. I love the process of researching, whether it involves reading and searching for information in texts, or interviewing people. And I love the mildly painful, exploratory process of writing a first draft.

So far, it’s the middle of the first draft – after I have a fully-developed outline and have written a few chapters, and feel confident in the shape of the story. That’s when it feels the most like magic, with ideas coming from everywhere, possibility coming from everywhere. That said, working with my editor at Invisible Publishing was such a fun, collaborative experience and one of the most enriching points of my writing career. Writing a novel is so rarely collaborative, and working with someone who really gets you and your project is intensely rewarding.

I absolutely love the revisioning part of the book cycle. When I was younger, I almost got hired as a copy editor because I love words, but thankfully each publisher realized that I had more to say in my own words than editing the words of others! That said, I still enjoy editing and revising ideas as well as receiving feedback through that process from reviewers and editors. I am one of those writers who thrive on feedback even when something is rejected, I still appreciate the feedback to improve the work.

Tell us about a book you've loved and would like to see highlighted at the FOLD (whether it’s new or old!).

Is it cheating to say that I’m really looking forward to reading Jessica Johns’ Bad Cree, which is forthcoming from Harper Collins? I believe the novel is based on the short story “Bad Cree,” which was originally published by Grain and which you can read on the National Magazine Awards website (it won a silver award in 2020).

I loved Nalo Hopkinson’s Brown Girl in the Ring and its incorporation of non-European folklore and mythology, and as a speculative fiction writer I always love to see Canadian writing in that area generally. Overall I love the FOLD for introducing me to new work, as well as supporting established writers.

Catherine Hernandez’s Scarborough remains one of my favourite books from a Canadian author of the last decade not singularly because I grew up in Scarborough – in the exact neighbourhood featured in their book – but because of the book’s locality and specificity. It is the kind of literary diversity we need in Canada where a story about racialized people is told not only from their point of view but also care is given to the geography of the spaces where Black, brown, Asian, and Indigenous people live and have roots. For me, Scarborough was the first book I had read that centralized those stories in a powerful way but that was also funny and at times challenging to read.

andrea bennett is a National Magazine Award-winning writer and editor and the author of one book of poetry (Canoodlers, Nightwood Editions) and two travel guides (Montreal and Quebec City, Moon Guides). Like a Boy but Not a Boy is andrea's first book of essays.

Samantha Garner’s short fiction and poetry have previously appeared in Broken Pencil, Sundog Lit, Kiss Machine, The Fiddlehead, Storychord, WhiskeyPaper and The Quarantine Review. She lives and writes in Toronto.

Cheryl Thompson is an Assistant Professor at Ryerson University in the School of Creative Industries. She is author of Beauty in a Box: Detangling the Roots of Canada's Black Beauty Culture . She previously held a Banting postdoctoral fellowship at the University of Toronto. Her work has appeared in The Conversation, Toronto Star, Montreal Gazette, Spacing, Herizons Magazine, Halifax Coast, and Rabble.ca . She was born and raised in Toronto, where she currently resides. She has also lived in the United States.