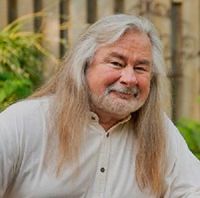 While the characters of author Brian Van Norman's new historical fiction novel Against the Machine: Luddites (Guernica Editions) exist within the hardscrabble manufacturing towns of 19th century Britain, their struggle is easily relatable to those suffering the effects of an increasingly tech-focused economy in our present day.

As their nation wages a bloody war against Napoleon's army, English factory-owners begin to welcome new technology, replacing human labour with automation and the promise of a richer bottom-line. Faced with the loss of livelihood, one young man leads a violent resistance against the rising tide. As the entire country trembles in the grip of violence and uncertainty, the British government relocates more troops to Northern England, trying to quell the outbreak of homegrown terrorism.

Against the Machine: Luddites follows a diverse group of individuals during this chaotic chapter of human history, tracing their relationships and experiences against a backdrop of desperate acts and immense political corruption.

We're very excited to have Brian at Open Book today to discuss the many changes his manuscript endured since its inception, meeting a new friend during a research trip to England, and the disturbing similarities between the Luddites' struggle and our current economic imbalance.

The first time I considered this concept was during the financial crisis of 2008, when thousands were thrown out of manufacturing jobs while an elite technologist class maintained high salaries. I watched the beginning of economic inequity, realizing that our 21st century society was only slightly better than the 19th century at resolving this boom/bust economy as new technologies altered the workplace.

In 1812, there was no welfare. In 2012, there were low-paid service jobs. There have been attempts at upgrading education, with slogans like “life long learning” describing the desperation and mass migrations by the poor to find any jobs to keep them solvent.

I believe it is common knowledge now that half of the world’s net wealth belongs to the top 1% while the bottom 90% holds only 15%. According to a 2017 Oxfam report, the top eight richest billionaires own as much combined wealth as “half the human race”.

I first wrote the prologue for Against the Machine: Luddites to get a sense of the style I would need to write the novel itself. I began by writing in a west Yorkshire dialect but, recognizing its complexity, eventually found a happy middle with just enough dialect wordage to give the novel a sense of time and place.

Against the Machine: Luddites is a novel about the Luddites of 1812 Northern England who, when thrown out of work by new technology, attempted to stop the future by destroying the machines which replaced them. So threatened was the British government that more troops were sent to Northern England than were fighting Napoleon in that year.

That period so reflects our own with mass migrations, trade deals in tatters, economic tribalism between haves and have-nots, and acts of terrorism brought on by desperation.

Through my initial research I discovered much of North England to have been affected by the Luddite movement. After having stayed there a while, I decided on Yorkshire, with its brooding moors and old ruins of woollen manufactories. Also, a particular event occurred there which enabled me to stipulate the positions of every side of the rising.

The entire novel constantly changed through its drafts as I found more depth in the characters I had chosen. Sometimes I followed my start plan, but in many other situations those characters demanded their own pathways.

The most significant change was because of George Mellor’s time in prison. He had discovered a philosophy to explain his complex relations since joining the Luddite cause. Though rather mystical, it gave the story a spiritual sense it had been missing up to that point. Of course his death, historically, was to be the climax of the novel. I discovered, however, as he had, that others live on. I found myself focusing on those most damaged by the passage of that year; those who lived amidst the terror yet were finding their ways to survive it. It led to an epilogue and now a sequel, set in 2012.

Perhaps my most preferred character in the novel is the most complex. Mary Buckworth, a parson’s wife with a mind much more abundant than his, takes a lover in the most forbidden societal gesture a woman of that time could make. She attempts to find her way through a middle ground of love and duty, but it inevitably collapses on her.  Her words: “I have nothing left, George. Oh, I own this baggage around me but I’ve nothing left.  I am the Luddite of my own life.”

If we don’t manage these machines and ourselves who make them, if we don’t marry what we make with who we are … then we’ll all become nowt but slaves!

This statement, I believe, is the crux of social and technological evolution on earth. In research for the sequel, “Against the Machine: Manifesto”, I have found this statement at the heart of most neo-Luddite materials I have researched.

This is not going away. We humans will always quest for what we believe is better, even when it may not be.

Research is at the heart of most historical novels and this one was no different. There were plenty of diaries, military reports, historical analyses and other sources to look to while creating as realistic a world as possible with the stimulation of fiction to power it.   There is a substantial reference list at the end of the novel.

Yet there are even more effective methods of research, the most important of which is visiting the ground where these events occurred. In some places it can be a wild land, the great moors of the Peak District Dales and the West Riding of Yorkshire. In others, one can glimpse the ruins of old mills and manufactories through greenery as nature returns to take back its own.

And, of course, there are the great cities of the north: Manchester, Liverpool, Huddersfield, Leeds, and York with their fine museums to assist a researcher.

As well, there are the memories and legends. In some of the towns, there are people living in the homes of their two hundred-year-old ancestors. Their stories can be as enlightening as any historical tome.

More gratifying than strange, I wrote to the Huddersfield Historical Society, telling them what I was planning and asking if they could help. Within a week, I was sent the name of a gentleman who was not only an archeologist but an anarchist and specialist in Luddism in the West Country of York. I was to stay at his two hundred-year-old cottage, and we would be driven by his wife to places I’d researched and others I’d never heard of until meeting this erudite guide and teacher. I met him on a hot summer day outside his cottage. He was working on a paper and drinking Guinness. I joined him and we simply talked until dark, not always about my research. By the time that evening ended and the next day of touring began, he and I had become friends, as though our meeting was meant to have happened. Everything he explained to me was balanced, and every question I asked him was answered with clarity and aplomb.

We are still friends. I hope to return to Yorkshire to launch the novel this spring.

​Once a teacher, theatre director and adjudicator, Brian Van Norman left those worlds to travel with his wife, Susan, and take up writing as a full time pursuit.
He has journeyed to every continent and sailed nearly every sea on the planet.
With past awards in playwriting and short stories, Brian turned his hand to historical novels. Two have been published, Immortal Water (Guernica Editions) and The Betrayal Path (Amazon), with  a third, Against the Machine: Luddites, launching in April 2020 with Guernica Editions. A fourth, the sequel to ATM:L, is in the offing!
His base is Waterloo, Ontario, though he is seldom found there.

Against the Machine: Luddites

At war against Napoleon near bankrupt English mill-masters experiment with a new factory system acquiring machines to replace men. A young worker leads the Luddites attacking mills and smashing machines. With increased assaults and even murder North England feels the grip of terrorism. Government agents attempt to suppress the rebellion. In 1812 there are more British troops in North England than fighting Napoleon in Europe. Against the Machine relates the story of the diverse characters caught in this conflict. It unveils the rank exploitation which marked the Industrial Revolution. Timely, intense and reflective of another, technological revolution: our own.