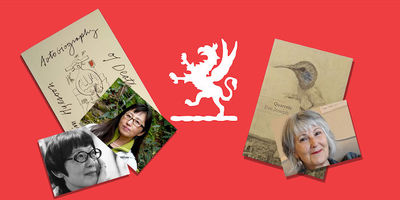 Joseph, a multi-genre Victoria-based writer, is no stranger to prizes, having won the 2015 B.C. Book Prize for her memoir, In the Slender Margin, about two decades she spent working in a hospice. Quarrels is her third poetry collection.

Hyesoon and Don will split their prize purse with 40 per cent awarded to Hyesoon for her original Korean writing of the collection and 60 per cent to Don, a Seattle-based transltor, for her English translation of the text.

The prizes, each worth a cool $65,000, were presented before a crowd of over 300 guests at Toronto's Fermenting Cellar in The Distillery Historic District. Always a highlight of the literary calendar in Toronto, the Griffin gala attracts some of the most decorated poets and publishers in the country as well as supporters of the arts. This year's guests included Michael Ondaatje, Adrienne Clarkson, and David Chariandy.

The 2019 judging panel consisted of Ulrikka Gernes (Denmark), Kim Maltman (Canada) and Srikanth Reddy (US). The other finalists were Dionne Brand and Sarah Tolmie, nominated for the Canadian prize, and Raymond Antrobus, Daniel Borzutzky, and writer-translator team Luljeta Lleshanaku and Ani Gjika, nominated for the international prize. All finalists received $10,000.

For more on the Griffin Prize winners and finalists, check out our interview will both the international and Canadian nominees.