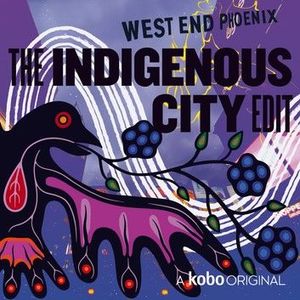 They've partnered again this year to release their second series, the Indigenous City Edit. Numerous acclaimed Indigenous writers have contributed stories on the theme of what it is like to live in Toronto as an Indigenous person, including Leanne Betasamoke Simpson, Open Book columnist Waubgeshig Rice, Chief Ladybird, Liz Howard, and many others. The series also features original music and writing by Tom Wilson.

You can buy the whole series of stories and its accompanying music for $6.99. The series is free for Kobo subscribers.

The Indigenous City Edit shows a wealth of Indigenous talent and offers urgent perspectives for readers both in Toronto and beyond.

For other, powerful Indigenous reading recommendations, check out our latest Open Book column from (the indefatigable!) Waubgeshig Rice, where he shares a list of essential reading around Canada's residential schools and their shameful and abusive legacy.