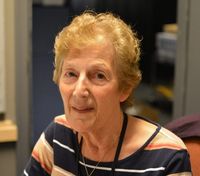 An imposing but externally beautiful building on the east bank of the Don River, the Don Jail—invariably known simply as "The Don" to Torontonians—has a long and troubled history. From its opening in 1864 until its closing, it was home to hangings (including Canada's last-ever execution by hanging) and jailbreaks, overcrowding and scandal, and much more.

Lorna Poplak has captured this winding history in her new book, The Don: The Story of Toronto's Infamous Jail (Dundurn Press). A historian with a knack for making even the most troubling stories of the past come alive, Poplak has written previously on the history of hanging as a form of execution in Canada, so she's no stranger to the dark side of prison history.

She charts how the Don, optimistically founded on principles of prison reform, became a place of infamy and violence for prisoners and staff alike, and how it found an unlikely rebirth in the early twenty-first century as a place of healing—a modern healthcare facility.

Packed with memorable real characters ranging from notable prisoners to influential politicians, The Don is a must for Canadian and Toronto history buffs, so we're excited to welcome Lorna today to talk about the book as part of our True Story nonfiction interview.

She tells us about diving into the question of "what went wrong?" with the Don, what the jail and the river with which it shares a name have in common, and how and why she follows the writing principle of "low-hanging fruit".

The Don was the fourth jail to be built in Toronto; it opened in 1864 to general approval. It was described as a “palace for prisoners,” based on the most progressive penal reform and architectural principles of the day. It never realized its potential. From very early on, critics lambasted it as a hellhole, a “monument to human misery,” or worse. My earliest and most fundamental question in tackling my book was: What went wrong?  Why and how did the jail depart so radically from the reformist ideals that underpinned it? And although there were other questions I set out to answer throughout the book — What was the relationship between the jail and the city that grew up around it? What should be done with a toxic structure once it has outlived its original purpose? — this initial question remained the most compelling, as did my desire to find answers to it.

When I started on a new topic, I immersed myself in the subject, reading widely before writing a word. I collected swaths of material — notes, images, official reports, journal articles, and, especially, archival newspaper reports and interview transcripts — which I organized in folders on my computer. Not having to go back to original sources was key when I needed to retrieve or verify information at all stages from first draft to final proof.

Once I started writing a chapter and the narrative thread emerged, I focused on specific points that invariably required much more targeted research. For example, in chapter 1, I discuss the three primitive jails, built between 1800 and 1840, that preceded the Don. Information about their architecture and physical layout was relatively easy to come by, but I had to do an immense amount of research to tease out how inmates were treated in these grim establishments.

What really took me by surprise as my investigations proceeded was the importance of the Don River in the saga of the jail that shares its name, and the extent to which the deterioration and partial revival of the once-pristine river echoes the degeneration and restoration of the jail.

I’d say that the first glimmer came while I was writing my debut nonfiction book, Drop Dead: A Horrible History of Hanging in Canada. I included a chapter on what I think of as the bricks-and-mortar characters that played a role in the history of executions in our country. Toronto’s Don Jail was a standout. Thirty-four executions took place there over a period of ninety years, and it was the site of the last double hanging in Canada in 1962. My research at the time revealed fascinating facts about the choice of the jail’s location on the east side of the Don River, its architect and architecture, as well as changes in penal philosophy and the alarming deterioration of conditions over time. I resolved to delve more deeply into the subject as soon as I had the chance!

I generally follow the principle of “low-hanging fruit” in my writing; that is, I start with what I find easiest to write. So the first chapters that sprang to life in The Don dealt with the exploits of the Boyd Gang — a gang of flamboyant bank robbers in Toronto who escaped not once but twice from the Don Jail in the early 1950s. Their story has garnered a great deal of interest over time, with several books and even a film on the subject. There was a lot of research material available. The next two chapters I wrote also involved twin escapes from the jail — these in 1919 — and their subsequent official enquiries. Having those stories in place gave me the impetus to tackle what I considered to be the more difficult topics. From then on, I approached the book in more or less chronological order. But if I came across something along the way that was really problematic, I would simply set it aside and return to it later. I left the introduction and the summing up chapter to the very last.

To my mind, the greatest works of nonfiction consist simply of a compelling narrative built upon a solid base of meticulous research.

The field is huge, so I’ll focus on the two types of nonfiction that are closest to my heart: historical and true-crime. On the history side, one of the finest books I’ve come across recently is The Romanovs: 1613 – 1918, Simon Sebag Montefiore’s sweeping 748-page chronicle of the Romanov dynasty in Russia. Painstaking research is truly at the core of this book, and Montefiore enlisted some significant support: he credits a “galaxy of scholarship”— researchers, historians, authors, editors — for helping him to avoid errors. On the true-crime side, a favourite is Erik Larson’s The Devil in the White City: Murder, Magic, and Madness at the Fair That Changed America. Larson does a masterly job of creating two parallel narratives: the macabre tale of serial killer H.H. Holmes and the story of Daniel Burnham, the architect tasked with designing Chicago’s 1893 World’s Columbian Exposition. The stories are set against the backdrop of the developing city of Chicago in particular, and world events in general.

Lorna Poplak is a writer, editor, and researcher, with a fascination for the stories behind the facts of Canadian history. She lives in Toronto.

The Don: The Story of Toronto's Infamous Jail

An in-depth exploration of the Don Jail from its inception through jailbreaks and overcrowding to its eventual shuttering and rebirth.

Conceived as a “palace for prisoners,” the Don Jail never lived up to its promise. Although based on progressive nineteenth-century penal reform and architectural principles, the institution quickly deteriorated into a place of infamy where both inmates and staff were in constant danger of violence and death. Its mid-twentieth-century replacement, the New Don, soon became equally tainted.

Along with investigating the origins and evolution of Toronto’s infamous jail, The Don presents a kaleidoscope of memorable characters — inmates, guards, governors, murderous gangs, meddlesome politicians, harried architects, and even a pair of star-crossed lovers whose doomed romance unfolded in the shadow of the gallows.

This is the story of the Don’s tumultuous descent from palace to hellhole, its shuttering and lapse into decay, and its astonishing modern-day metamorphosis.