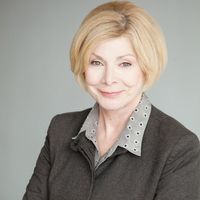 In Toronto, the name Cheri DiNovo is synonymous with passionate activism. Whether you know her from her time as a champion for the west end when she served as the NDP MPP for Parkdale-High Park or from her work as a progressive Christian minister fighting for LGBTQ+ rights, Rev. Dr. Cheri DiNovo (CM), has been a force for those in need for decades.

She's now sharing her story of activism and impact in The Queer Evangelist: A Socialist Clergy's Radically Honest Tale (Wilfrid Laurier University Press). In the book, which features a foreword from former Ontario premiere Kathleen Wynne, DiNovo delves into her journey, from her time living on the street as a teenager to the milestone of performing Canada's first legalized same-sex wedding. Inspiring for anyone currently involved in or considering activism as a path, it's also simply an uplifting, informative read that both acts as a primer on queer rights in recent Canadian history, including the first Trans rights bill passed in North America and tells the individual story of a remarkable woman.

The other crucial aspect of DiNovo's story is her faith. For a radical, queer, progressive woman to exist in the modern church can be a complex undertaking, and DiNovo's exploration of how she combines her religious, political, and social convictions (while continuing to push back against the Christian Right) is refreshing and nuanced.

We're thrilled to welcome Rev. Dr. DiNovo to Open Book today to talk about The Queer Evangelist as part of our True Story nonfiction series. She tells us about why she strove to avoid being "too careful" in her memoir, the questions she gets asked most often and worked to answer in the book, and how gratitude, grace, and prayer get her through the toughest moments in the writing process.

Tell us about your new book and how it came to be. What made you passionate about the subject matter you’re exploring?

I felt it important to tell the truth about both political life for a woman and also how to be both Socialist and Christian. Too many memoirs I’ve read were too careful by far. The truth is sometimes painful, but it does set you free. It was important to me as well to talk about how laws are made and in particular, LGBTQ2+ laws. Historically we need to know how the first legalized same sex marriage occurred in Canada. Activists and others need to know how the first laws were passed banning Conversion Therapy, adding Trans Rights to a Human Rights Code and mandating a moment of silence for Trans deaths in a major jurisdiction (Ontario 14.57 million) in North America.

It also important to tell a story of hope for queer street-involved and drug-involved youth, and for queer women in particular in the political world. To begin to answer the question of how to survive and why it’s important to survive. There’s a push/pull on the political Left between engaging in electoral, neo-liberal politics versus simply standing on the outside looking in. Exploring what can be accomplished, the limits of our “democracies,” and why both reform and revolution are critical. I’m honoured to have been able to live a life of engagement in both revolutionary and reformist political struggle but I wanted to tell the story cognizant of the cost, particularly to queers and women.

The Queer Evangelist also tells the tale of a conversion from atheism to faith. I hope to outline how one can be both thinking and Christian, both committed to social justice and also see the Bible as a foundational book, and Church as potentially transformational.

Finally, I wanted to honour those women who make justice happen. Too often books of political change are written by men, and women remain names in dedications. Women and queer women are change agents and keep principles alive in politics. We do this by direct engagement but also by supporting those who are lucky enough to be able to engage. I needed to name women who do both, none of them particularly well known.

“How to survive in spite of violence, death, addiction, success, politics and misogyny?” is the central theme of The Queer Evangelist. I hope after reading the book, people understand that it is not only possible to survive a hostile world, or worlds, but to get something done that can help others survive. In fact, those at the margins are, I try to show, the real change agents, not those with money, privilege, and power. I also wanted to tell the truth about the costs involved.  This is not a book designed to simply encourage. I hope it’s a book that shows the reality. You will pay for your principles. However, my life, I hope, shows it can be worth the price.

I wanted to answer the questions I most often get asked when speaking: “How can you be both Christian and socialist?” “How can you reconcile what we’ve been told is biblical with a faith that supports LGBTQ and women’s rights?” “What is political life really like for a queer woman?” “How do you get something done when politics is so polarized, while still working for the marginalized?” These and other questions recur frequently. There exists an appetite for some answers to them.

In terms of the questions changing during the course of writing The Queer Evangelist, what I hadn’t expected was how difficult it was to reconstruct my traumatic childhood. Part of writing this memoir forced me to learn to love that child and yet be critical of her actions too. It’s difficult for survivors to look back. It was also, predictably, I discovered, difficult to write.

Any survivors of difficult childhoods and young adulthoods, particularly where drug use is involved, will tell you that it’s helpful to connect with others who were there. Trauma and addiction affect one’s memories. In my case, my close relatives are all dead, and so I found myself often checking with friends who knew me in the periods I covered.

During my political and adult years, I tell my version of events. I can do no other. Politics being what it is, I’m sure there are as many versions as humans recounting the episodes. I back mine up with the facts of legislation passed and try to invite the reader into what it took to get it passed from a queer woman’s point of view, one who was the author of the Bills in question.  As my grandmother once said, “if you can’t say something nice about someone, then say nothing at all.” I’ve tried to abide by that sage advice. I herald the sheroes and never name those who are still alive that made my life difficult. In this, I try to tell the truth, while still loving those “enemies” I am told by my faith, to love.

A lot of nonfiction prizes and anthologies have expanded to welcome more personal nonfiction. What do you think of this shift within the genre?

Nonfiction stories told in the first person are often the domain of the marginalized. BIPOC folk, women, and LGBTQ2+ tell important truths in memoir fashion. Those that have traditionally been kept out of boardrooms, governments, or circles of power, who work without funding or research assistants, or write between other jobs and in stolen time from other demands, tell their truth from experience.

Women’s and, in particular, queer women’s relationships and experiences are often both painful and important. I try to adopt an attitude of profound gratitude for my opportunities and the sheer grace of the gifts of others given to me. In The Queer Evangelist I tell the truth but try to see the actions of others as really nothing more than their being born into a system that hurts us all, and some way more than others. Many have not been nearly so lucky. Remembering how graced I am and continue to be, gets me through everything. That and prayer.

Cheri DiNovo grew up in Toronto in a rooming house owned by her parents and spent time on the streets as a teenager, leading to her to social activism. Formerly a member of the Ontario Legislative Assembly, she is host of The Radical Reverend Show, and Minister at Trinity St. Paul's Centre for Faith Justice and the Arts. Her book Qu(e)erying Evangelism: Growing a Community from the Outside In won the Lambda award in 2005. She has won numerous awards for her activism and is a Member of the Order of Canada.

A queer minister, politician and staunch activist for LGBTQ rights, Cheri DiNovo went from living on the streets as a teenager to performing the first legalized same-sex marriage registered in Canada in 2001. From rights for queer parents to banning conversion therapy, her story will inspire people (queer or ally) to not only resist the system—but change it. In The Queer Evangelist, Rev. Dr. Cheri DiNovo (CM) shares her origins as a young socialist activist in the 1960s, and her rise to ordained minister in the ‘90s and New Democratic member of provincial parliament. During her tenure representing Parkdale-High Park in the Legislative Assembly of Ontario from 2006 to 2017, DiNovo passed more LGBTQ bills than anyone in Canadian history. She describes the behind-the-scenes details of major changes to Canadian law, including Toby’s Law: the first Transgender Rights legislation in North America. She also passed bills banning conversion therapy, proclaiming parent equality for LGBTQ parents, and for enshrining Trans Day of Remembrance into Ontario law. Every year on November 20th in the legislature, the provincial government is mandated to observe a minute of silence while Trans murders and suicides are detailed. Interspersed with her political work, DiNovo describes her conversion to religious life with radical intimacy, including her theological work and her ongoing struggle with the Christian Right. Cheri DiNovo's story shows how queer people can be both people of faith and critics of religion, illustrating how one can resist and change repressive systems from within.

“Living on the street, using drugs, abandoned by the adults in her life, all while identifying as ‘queer’ in a hostile world—any one of these things could have unravelled many of us. Cheri hauled herself up and not only survived but thrived. I love that this strong, brilliant, competent woman has told her story so honestly. ” —Kathleen Wynne, former premier of Ontario