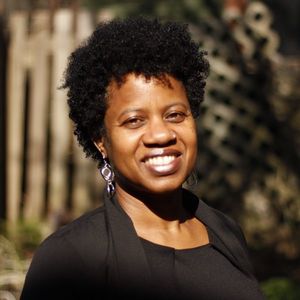 Christene A. Browne's powerful novel Philomena (Unloved) (Second Story Press), tells the story of the titular Philomena, from her life as a young girl on the Caribbean Island of Montserrat to her time in the U.S., battling mental illness and finding community with fellow survivors of abuse.

Deeply felt and at times heartbreaking, with thematic echoes of the unforgettable tragedy of Toni Morrison's The Bluest Eye, Philomena (Unloved) is a raw, unflinching examination of the rippling damage wrought when a child is brought up without love. There is hope in the novel though, as Philomena blossoms and finds a degree of healing when she connects to others with similar experiences.

We're excited to introduce Christene to our readers, not only for our discussion today of Philomena (Unloved), but as our February 2021 writer-in-residence at Open Book. A decorated filmmaker in addition to her literary credits, Christene brings a multi-disciplinary perspective and a keen eye to storytelling, and we look forward to her posts throughout the month on our writer-in-residence page.

Get to know Christene here today as she tells us about the tough but important research process for the novel, looking to Morrison's work as an inspiration, and the sobering, heartfelt reasoning behind her thoughtful dedication in the novel.

The idea for the Philomena (Unloved) came from my wanting to examine the idea of a loveless life. I asked myself what would happen to a person if they grew to maturity without knowing or feeling loved. This coincided with me noticing a woman in my neighbourhood who looked somehow troubled. Every time I saw her, she seemed to be wandering around aimlessly with her head down and disengaged. Observing her, I often wondered how she got to that point.

Philomena (Unloved) is my imagining of this woman’s life. The lives of women who I knew and read about gave shape and form to the story. When I began the story, I didn’t set out to write the story of a group of survivors of sexual violence suffering from a variety of psychoses. Through the writing process I was led to these marginalize women.

The first bit writing involved me imagining Philomena at her lowest point in the hospital confined and being forced to undergo treatment. I started there because I knew it would be challenging and I wanted to start working on building tension right away.

There are two main settings for Philomena (Unloved). One is the Caribbean Island of Montserrat. The other is an unnamed city in North America. I chose Montserrat because I wanted Philomena to come from a very small place, one even smaller than my country of birth, St. Kitts, where the population is about 40,000. The population in Montserrat is currently about 5,000. The islands are very close in proximity and share many cultural similarities such as masquerade and many dishes. I felt coming from a place that size would increase Philomena's sense of isolation and alienation when she arrives in the large city in North America. I don’t name the city since I want the city to stand in for any city because the story would be possible in any and all of them.

Since completing Philomena (Unloved), I was actually invited to Montserrat for book festival. While I was there, I discovered what might have been a possible distance relative and the fact that one could see Nevis (St. Kitts sister island) from the shores of Montserrat.

Philomena is cautionary tale about a woman who lives a life devoid of love.

For Philomena (Unloved), I did a great amount of research on the current treatment for mental illness. I wanted to know what treatments were currently being used, the side effects, benefits, and drawbacks of the treatment. I read numerous articles, watched documentaries, and found a number of first-person accounts on Youtube of people speaking about their struggles with mental health and their experiences with various treatments. I was shocked to learn that electroshock therapy was still in use. Part of my research also focused on pedophilia. I wanted to find out about various grooming methods and what the relationship between victim and predator looked like. I found some great examples in documentaries like Just Melvin: Just Evil. (2000). I also reread Toni Morrison’s The Bluest Eye (1970) to get a deeper understanding of Pecola Breedlove's (the main character) plight.

Philomena (Unloved) is dedicated to the one in three who have fallen victim to sexual violence and the one in five who suffer from mental illness. I made this dedication because I wanted to bring into focus just how prevalent mental illness and sexual violence in is the world and that it happens to any and everyone regardless of race, cultural background, country of origin, religion, and socio-economic status.

Philomena’s emotional state is a sum total of her life experience of being abandoned and abused. Her story is not much different from the women she encounters in the house who come from European and Indigenous backgrounds.

In writing Philomena (Unloved), I learnt much about myself and my trauma and how the process of writing continues to help me to unearth that trauma. I learn the extent at which writing can provide a great amount of catharsis. Writing has always been a release for me but to be immersed in a world of trauma for an extended period of time as I was during the process of writing of Philomena (Unloved) was draining but also very liberating. In the writing of my first novel, Two Women (2013), which dealt with the cyclical nature of domestic violence, I began the healing process. Philomena (Unloved) is the continuation of that process. I’m hoping those who read the stories of Philomena, Rose and Violet (the main characters in Two Women) could also be prompted to start on a similar healing process.

Christene A. Browne, originally from St. Kitts, is a well-respected and internationally acclaimed Toronto independent filmmaker and was the first Black woman to direct a feature film in Canada. In 2011 she was awarded the Visionary award by the Women's International Film & Television Showcase for her ground-breaking documentary series Speaking in Tongues: The History of Language, which features Noam Chomsky. She recently completed a feature documentary on Toronto’s Regent Park, the oldest and largest Canadian housing complex, and is working on an animated documentary on the early life of famed Canadian author Austin Clarke. Her first novel Two Women (2013, Second Story Press) is about two women who share the same soul and deals with the cyclical nature of domestic violence.  Her second novel Philomena (Unloved) (2018, Second Story Press) tells the story of a woman who lives a life devoid of love and deals with issues of sexual violence, mental health and homelessness. She currently teaches at Ryerson University in the RTA School of Media and is developing her first libretto.

What is it to be unloved?

Born in the Caribbean, Philomena Jones is abandoned by her mother and left to the mercy of her grandmother, who, after raising eight children and grandchildren, is not capable of dedicating herself to another child. Love-starved, Philomena is easy prey for the island’s new pastor. She leaves home for America, hoping to find her mother, but ends up drifting and battling mental illness.

Relocated to a supportive housing facility, Philomena meets a diverse cast of women who, despite their wildly differing backgrounds and difficulties, share one common bond; their history of abuse. In this most unexpected of places, will Philomena finally find the family she has been longing for?