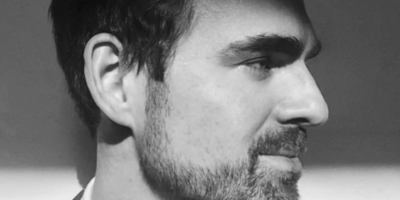 The CBC Short Story Prize is one of the biggest short fiction prizes around - not only because of its hefty $6,000 prize purse (along with a two week residency at the Banff Centre for the Arts), but because it has a record of spring-boarding winners in their writing and publishing careers. Past winners include Camilla Gibb, Michael Ondaatje, and Gwendolyn MacEwan.

This year's grand prize winner is Krzysztof Pelc of Montreal, Quebec for his story "Green Velvet". The story was selected from more than 3000 works received from across the country. You can read Pelc's winning story online at CBC Books.

The jury was composed of writers  Esi Edugyan, Iain Reid, and Lisa Moore, who praised "Green Velvet", saying: "Told in clear, confident prose, "Green Velvet" is an elegant, beautifully-shaped story, lit with a wry humour that tilts unpredictably to melancholy. It’s full of whimsy and insight. The Chesterfield around which the plot twists — up the staircase, by rigid corners, tight spots and thresholds — into this family’s new life is, by turns, a symbol of hope and one of doubt that eats away from the inside. The voice perfectly captures the desire for belonging, and all the ways such a desire can go unexpectedly wrong.”

Pelc is an Associate Professor in the department of Political Science at McGill University. Born in Warsaw, Poland, he grew up in Quebec, and has lived in Montreal since 2010. He is the author of Making and Bending International Rules, about the ways international law deals with unexpected events. Pelc was awarded McGill's 2017 Faculty of Arts Award for Distinction in Research. He is completing a novel, entitled The Sexual Lives of Plants, about lust, language, and authoritarianism.

Each runner-up will receive $1000 from the Canada Council for the Arts. They are: Nada Alic for "The Intruder"; David Dupont for "For Pari"; Menaka Raman-Wilms for "Black Coffee"; and Meg Todd for "Green is the Colour of Calm".

Congratulations to Pelc and the runners-up!