It's been 10 incredible years of covering Canadian, and especially Ontario, literature here at Open Book. Our site has changed dramatically over time, and we've had some amazing writers as part of our extended Open Book family this past decade. We've had the pleasure of partnering with the Ontario Book Publishers Organization, the members of which work tirelessly to discover, publish, and promote talented and innovative Canadian writers.

There are too many people to thank individually, but we wanted to celebrate both the writers and publishers we've been lucky enough to work with, and the beautiful province inspires them, in honour of the ten years of love and support we've had from the literary community.

So we asked a few of our friends, writers we admire greatly, to tell us about their favourite spot in Ontario. We hope this will inspire you to explore Ontario and its incredible literature.

And that's not all we're doing to celebrate - stay tuned next week for our biggest book giveaway ever, courtesy of our friends at the OBPO, who have donated an incredible list of titles.

Celebrating 10 Years of Ontario Literature: My Favourite Spot in the Province 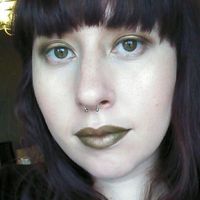 My favourite spot in Ontario is without a doubt the Six Nations of the Grand River rez. As soon as I turn onto Chiefswood Road and pass over the Grand River, I breathe a bit easier, feel a bit lighter. This may be because, as a friend recently pointed out, you can see our trees from space. But my feelings for this land are much deeper than that. This is the land that my people have fought for - and continue to fight for, despite all odds. This is where my people's history lives, where our ceremonies live, where our languages live. Here, we can nurse our grief and laugh our joy without feeling the persistent gaze on our bodies that sees us as criminals, terrorists, barriers, statistics. Instead, we can recognize our beauty. We can recognize the land that nourishes us. We can recognize ourselves.

Alicia Elliott is a National Magazine Award-winning writer whose work has appeared in numerous magazines and journals.

Stacey May Fowles: The Ballpark 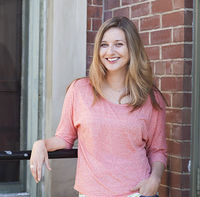 When I was posed this question I initially thought about places like the Royal Ontario Museum, where I’ve gone on a weekday afternoon to just escape and think, or places like Type or Queen Books, for obvious book-lover related reasons. But I think if I’m being completely honest, the ballpark will always win for my favourite place to be. The Rogers Centre is the obvious high profile pick, but I’m also very happy to settle for the grassy hillside at Christie Pits, or a stroll through the park towards my local diamond. Just something about the sights and sounds of a baseball game on a sunny day puts me at ease, and the memory of it gets me through a hard winter. (Hell, an empty ballpark even does it for me.) I feel very lucky to have found the place I feel most comfortable and most at home, even if I can’t manage to explain exactly why.

Stacey May Fowles is the author of Baseball Life Advice: Loving the Game that Saved Me and the novels Infidelity and Be Good.

While it might seem likely that a guy from the country would probably have a favourite place in Ontario that is out in the wilds or near some babbling brook, my favourite spot is actually right here in the heart of Toronto. I came straight from the bustling metropolis of Midland in 1999, when I went to University of Toronto as an undergrad. My plan was to go to a place that was the opposite of Midland, and I got that for the most part, but I didn’t realize how significant my choice of U of T colleges would be. I chose Vic because it had a literary history, and because so many important writers and thinkers had come through there. It turns out that you end up taking classes all over campus, but I was glad to be able to come back home to the northeasternmost part of the university to rest my bones every night, or pour beer into them.

The old stone buildings, and Old Vic itself, are beautiful structures, and that block off of Charles St. always felt like a little oasis in the city (and, back then, there weren’t 14 billion dollar condos built up around that block). The quad, penned in by Burwash Hall and the old residence houses, tolerated me and my buffoon friends for four years, and I most fondly remember my classes at Old Vic, and, very importantly, the writing classes I took at Northrop Frye hall that became an important keystone in my development as a writer.

A few weeks ago, when my new novel came out, I found myself watching It at the Varsity, where I used to go as a student (Stephen King was a formative influence on my writing). Then I went to the Indigo there, and saw my book faced out on the shelf. After that, I walked to the Vic campus and took some photos and thought on it all. I’m a bit grey in the beard now, and stick out while walking around my old stomping grounds. But seeing new students on that campus, where I learned so much, grew up, and did a lot of stupid and a lot of productive things, that is good for the soul. And capped off a pretty good little Saturday. That was the exact right place to be to put the last nearly twenty years or so into perspective. I’ve had a pretty long journey since then, but that place always seems to make time seem short and long for me, all at once. For those reasons, among others, it is my favourite place in Toronto, and in Ontario.

Kevin Hardcastle is the author of the story collection Debris, which won the Trillium Prize and the ReLit Award, and the novel In the Cage. 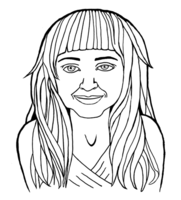 I pack a picnic and load it onto my bike. Stuff my swimsuit, sunscreen and a towel in a bag. Ride down to the lakefront and along the water to the ferry. There’s magic even in the idea that Toronto has islands, and that those islands have dreamy beaches. Gibraltar Point beach sounds like an adventure abroad. It’s always a bit cooler on the islands, so I like to escape the thick heat of the city on a summer day. I while away the hours reading on a blanket and eating fruit and melted chocolate. I lure my friends away from the breakneck pace of life to swim and laugh and let our faces freckle. This is how I step outside of time, to linger in the sweetness of the season.

Teva Harrison is an artist, writer, and cartoonist who loves living in Toronto.

I moved to Toronto amidst an on-going, doomed, torrid, love affair. I was new to living in a transitioned body, and desperate for clearer personal and professional articulations. Soon after my arrival, the love disappeared, the transition steadied, and I found myself in the Annex. Christi-an Slomka was the head boss at Kula Yoga on the corner of Bloor and Brunswick. She was pushing hard toward the fantasy of a yoga community that might be accountable, anti-racist, feminist, and ever-changing to community needs. Years later, I’d work on drafts of what would be become my first book with my dear friend Zoe Whittall at The Common on the same corner. Almost everyone I know has left the neighbourhood since then. Zoe to houses that are park adjacent, and Christi-an toward more expansive pastures… but every time I am in the Annex, I am reminded of how and why I came here, and of what is possible when you love people equally for where they are and where they might be heading.

Chase Joynt is an award-winning filmmaker and writer, his first book You Only Live Twice: Sex, Death and Transition (co-authored with Mike Hoolboom) is a 2017 Lambda Literary Award Finalist and named one of the Best Books of 2016 by The Globe and Mail and CBC.

Our heartfelt thanks to the writers and publishers we've had the pleasure of working with over the years, our past and current staff, and most importantly, our thanks to you, the readers of Open Book!