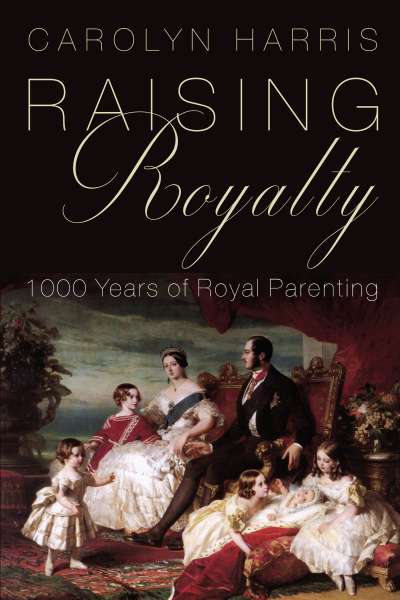 How royal parents dealt with raising their children over the past thousand years, from keeping Vikings at bay to fending off paparazzi.

William and Kate, the Duke and Duchess of Cambridge, are setting trends for millions of parents around the world. The upbringing of their children, Prince George and Princess Charlotte, is the focus of intense popular scrutiny. Royalty have always raised their children in the public eye and attracted praise or criticism according to parenting standards of their day.

Royal parents have faced unique challenges and held unique privileges. In medieval times, raising an heir often meant raising a rival, and monarchs sometimes faced their grown children on the battlefield. Conversely, kings and queens who lost their thrones in wars or popular revolutions often found solace in time spent with their children. In modern times, royal duties and overseas tours have often separated young princes and princesses from their parents, a circumstance that is slowly changing with the current generation of royalty.

Raising Royalty: 1000 Years of Royal Parenting is a book about how twenty sets of royal parents raised their children over the past thousand years from dealing with Viking attacks to dealing with paparazzi. The majority of the royal parents in the book are from the British Isles and Commonwealth but I also include examples from Spain, Germany, France, the Netherlands and Russia. I compare how royalty raised their children over the centuries to the parenting standards of each era.

In 2015, my first book Magna Carta and Its Gifts to Canada was published by Dundurn Press to accompany the Magna Carta Canada exhibition, which toured Canada in honour of the 800th anniversary of this historic document. When Dundurn Press asked me to write a subsequent book about “growing up royal,” I was delighted to have the opportunity to spend months researching and writing about the history of royal parenting.

What drew you to write about royal parenting?

I have been interested in royal parenting for a long time. For my PhD in European history at Queen’s University at Kingston, I examined how Queen Henrietta Maria (wife of King Charles I of England and Scotland) and Queen Marie Antoinette (wife of King Louis XVI of France) were perceived as wives, mothers and heads of royal households. This research informed my 2nd book, Queenship and Revolution in Early Modern Europe: Henrietta Maria and Marie Antoinette (Palgrave: 2015). As a royal commentator, I provided historical context for the media for the birth of the Duke and Duchess of Cambridge’s two children, Prince George and Princess Charlotte and for the 2016 royal tour of Canada, which included the royal children.

In my career as a historian and royal commentator, I noticed that there were certain questions that came up on a number of occasions. I was often asked in media interviews about the history of debates about women succeeding to throne, why so many royal parents had difficulty balancing royal duties with time with their children or when children first accompanied their parents on royal tours. I address these questions in the book.

Regarding the genre and why the author chose to write about history in this way: What were the challenges in capturing your subject through a work of non-fiction that covers 1000 years. How can this medium help readers to connect to a particular historical event?

The circumstances faced by each set of royal parents were unique to their times and political and cultural circumstances. A challenge during the writing of the book was bringing out the key themes in royal parenting through the ages that transcended these differences including concern for the succession, making arrangements for the education and care of young children and discussing suitable eventual marriages and duties for older children. Another challenge was keeping the book to a reasonable length as there is so much interesting material about royal parenting.

An aspect of the book that helps readers connect to royal parenting is the inclusion of excerpts from the parenting manuals of each era. Parenting trends changed over time and royalty were judged by the public according to how they conformed to the parenting advice of the time.

The events of Canada’s past continue to have a profound impact on Canada’s present and future. In Magna Carta and Its Gifts to Canada, I discuss the influence of Magna Carta, a charter of limits of the monarch’s powers imposed on King John of England in 1215, on Canada’s Charter of Rights and Freedoms.

In Raising Royalty, I discuss how parenting debates that appear modern are actually centuries old. Queen Victoria and her daughters had differences of opinion concerning the importance of mothers breastfeeding their children. Marie Antoinette raised her children in the late eighteenth century, a time when French enlightenment philosophers debated whether mothers should work outside the home. The Protestant Reformation in sixteenth century prompted the publication of German “housefather” books encouraging fathers to become more involved in childrearing. These parenting debates from past centuries are still informing attitudes toward family life today.

What impact did royal parenting have on current Canadian culture?

There are a number of royal children discussed in the book who had a profound impact on Canadian history. Prince Rupert of the Rhine, the son of Frederick V, Elector Palatine and Elizabeth of England and Scotland became the 1st Governor of the Hudson’s Bay Company. Princess Louise, daughter of Queen Victoria and Prince Albert, married Lord Lorne, who became Governor General of Canada from 1878 until 1883 and the couple were instrumental to the founding of the Royal Canadian Academy of Arts and the National Gallery of Canada. Princess Margriet of the Netherlands was born in Canada in 1943, when the Dutch royal family lived in Ottawa during the Second World War.

The decisions made by royal parents influenced Canadian parenting decisions. Lucy Maud Montgomery, author of Anne of Green Gables recalled as an adult that when she was a child in the late nineteenth century, women were expected to model themselves on Queen Victoria. The names of royalty who spent time in Canada often became popular Canadian baby names – Lorne and Louise in honour of Lord Lorne and Princess Louise and Edward or David, in honour of the future Edward VIII (called David in his family become he became king), who purchased a ranch in Alberta.

Carolyn Harris teaches history at the University of Toronto School of Continuing Studies. She received her PhD in European history from Queen's University in 2012.