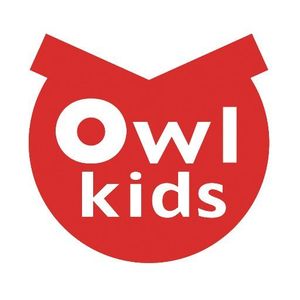 In happy news for CanLit, Owlkids Books Inc. has been shortlisted for the influential BOP–Bologna Prize for the Best Children’s Publishers of the Year.

The prize, in is sixth year, celebrates the work of children’s publishers in six areas of the world: Africa, Central and South America, North America, Asia, Europe, and Oceania. Owlkids is nominated in the North America category.

The Bologna Children’s Book Fair presents the award in partnership with The Italian Publishers Association. The prize honours "those publishers who have most distinguished themselves for their creative and publishing excellence over the past year, showing originality as well as professional and intellectual skills."

While rewarding excellence, the prize is also designed to foster an exchange of knowledge and ideas among countries from around the world.

“We’re thrilled to be recognized in this way, especially on the international stage,” said Karen Boersma, publisher of Owlkids Books. "We have been working hard to bring our authors’ and illustrators’ books to a worldwide audience, and to bring the best international books to North American readers, and it’s gratifying to see our efforts acknowledged."

The winners will be announced during an event at this year’s Bologna Children’s Book Fair  taking place from March 26 to 29, 2018. Congratulations to our friends at OwlKids Books!