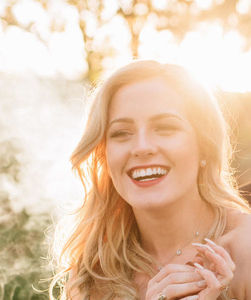 If you've ever worn make up, you know what raccoon eyes are - the result of smearing dark eye make up across your face, the telltale sign of a night out that went either way too well or quite the opposite.The moment of removing that artifice is a vulnerable, raw, defiant one, and a great tonal introduction to Margo LaPierre's Washing Off the Raccoon Eyes (Guernica Editions), the first full length collection from an award winning new poet who has been widely published in journals and magazines.

We're pleased to welcome Margo to Open Book today, where she tackles our Poets in Profile series, telling us about how recurrent nightmares ended up pushing her towards poetry, how she comes by her love of both poetry and cats from an early age (us too!), and how "poems are like people when it comes to goodbyes".

Poetry as a linguistic mode reflects the dream-state and I am a lifelong lucid dreamer. It was a skill developed early on as defence within recurring nightmares. I also loved riddles and word games and books. In first grade, students had to write in a journal every day and I used this as an opportunity to write poetry. I spent hours a day in nature as a child, observing and chasing butterflies, snakes, crawfish, field mice. I’d disappear in the woods with a walking stick, always feeling like a poet. The Claremont Review published my poem, “The Moon for Barefoot People”, when I was in the eleventh grade. That was a landmark, for sure.

"Macavity: the Mystery Cat" by T.S. Eliot. I must have been seven or eight when I first took this book out from the public library in Cornwall, Ontario. Multiple times, I riffled through Dewey’s wooden drawers to reread the rogue adventures of Macavity and friends. My love for poetry and cats runs deep.

Eavesdropping on public transit. Dream characters. Memorable outbursts. Car crashes. Mania-induced delusions. My many apartments. Objects in my home that have become sacred. A lucky rock. A silver platter. Complex personal relationships. Walks around the city that breed poems. I usually write a poem after work, so shop talk and work concerns weave themselves in. I’m interested in the livelihood of poets. How do other poets support themselves financially? Seriously, though? How do poets live and thrive? My jobs come through in poems: bartending, shoe shining, teaching ESL. I wish more poets would discuss their work situations in public forums.

Poems can spend years dormant. I might segment a poem into smaller ones, then work on those seed poems independently. One of those smaller poems may become livelier once it loses its friends. I might splice two imperfect poems to encourage a missing chemistry. I try to see if I’ve been too abstract, then rewrite it with a keener sense of physicality. Every now and then I’ll jostle in a few words that’ve been stuck in my head. I edit a lot. I love to cut and tinker. I’ll read the poem aloud. I’ll omit all articles and switch up the pronouns. Sometimes the problem lies in using my instead of our, or her instead of your. I’ve swapped words for phonetic brothers. That way, the sound and rhythm stay almost the same, but the meaning reaches further than with the semantically correct word.

The beginning determines the expansion that follows. Poems are like people when it comes to goodbyes. It’s not so much about how it ends as it is about the trajectory and body of the relationship. Nothing wrong with snipped endings. That’s how endings often are in life, unexpected and incomplete. Besides, I already know if I’ve fallen in love with a poem before I get to the end of it.

On a similar note, titles are curious beasts to write. Titles provide the framework. I do enjoy long poems with anonymous breaks that allow the reader to sink into the poem and forget where they are. Then that feeling when you turn back the pages to remind yourself, what is this poem called, just because you’ve been stirred and you need the title for reference, for later.

My Ariel by Sina Queyras, especially the parts that ranged her own family history. Also, Cruise Missile Liberals by Spencer Gordon.

The best: truth and poetry share an intimate connection. The idea of truth is representational in that something is deemed truthful as long as it corresponds to reality. But since the representation and the reality are separate, truth can’t be absolute. The only absolute truth is reality itself. Poetry is less concerned with representation as it is with newness, a spark between words, sounds, and meanings. It isn’t limited to linearity or plot or representation. Being a poet is a form of being truthful and immediate.

The worst: no health benefits.

Margo LaPierre is a Canadian poet and visual artist. Her poems have been published in The Feathertale Review, filling Station, The Riveter Review, Bywords Literary Quarterly, Petal Journal, the Antigonish Review, Echolocation, The Claremont Review, CAROUSEL and EAT IT: A Literary Cookbook of Food, Sex and Feminism. Her poem “Bear Skin Rug” received the silver award for Poetry in 2017 from the Alberta Magazine Publishers Awards. Washing Off the Raccoon Eyes is her first collection of poems. She currently lives in Toronto. For more information, visit her website at: www.margolapierre.com.

Washing Off the Raccoon Eyes

What happens when we believe in something that isn't there? What happens when we doubt our own history? We cling to the solidity of physical space. Our abstracted sense of being swells to its limits, presses against its boundary of skin, bumps up against the world. Washing Off the Raccoon Eyes explores the idea that we as humans are undefined, chaotic, that we come to know ourselves through the spaces we inhabit and the people we encounter.