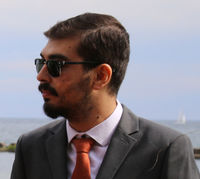 It's hard to believe that Bardia Sinaee doesn't already have a full length collection of poetry out. His chapbooks, widespread publication in prestigious journals, inclusion in multiple editions of Best Canadian Poetry, and his awards (which include the Reader’s Choice winner of The Walrus Poetry Prize), make him seem a long-established member of the Canadian poetry scene (he is also, we are proud to say, a former Open Book columnist).

So it's to great anticipation that House of Anansi Press is publishing Intruder, Sinaee's debut, this season. Partially written in lockdown, the collection deals with anxiety and illness (including allusions to the nearly three years of chemotherapy Sinaee endured in his twenties), knowledge and the body, and connection and paranoia. It's a timely debut that soars, living up to the high expectations set by Sinaee's many successes.

And we're thrilled that Anansi has generously offered to share a peek into the pages with our readers here today, in the form of two poems that demonstrate Sinaee's keen, witty, wise style.

Excerpt from Intruder by Bardia Sinaee: 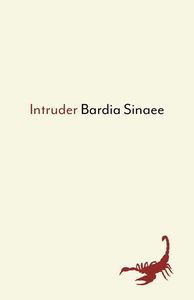 DAWN OF THE LIVING

Cunning, barbaric, choleric,
with values either questionable or dangerously obscure,
they are coming here in droves, literal hordes,
to grope and/or cover up our women.

To convert and marry our children
to theirs, and muddy the proverbial waters
on a scale unseen in centuries. From all seven corners,
in the squalid holds of ships, on trains,

crossing pristine frozen plains on foot,
crowded onto makeshift rafts like scorpions on a turtle’s back,
they are coming for a free bus pass,
for monthly stipends or months in jail,
restoring ancient institutions, shadow chambers,
to dictate conformity of speech and dress
till they are us, to occupy
then estrange us from ourselves.

Bardia Sinaee was born in Tehran, Iran, and currently lives in Toronto. He is the author of the chapbooks Blue Night Express and Salamander Festival. His poems have also appeared in magazines across Canada and in several editions of Best Canadian Poetry. In 2012 his poem “Barnacle Goose Ballad” was Reader’s Choice winner for The Walrus Poetry Prize, and in 2020 he was co-winner of the Capilano Review’s Robin Blaser Award. He holds an M.F.A. in Poetry from Guelph University’s Graduate Program in Creative Writing. Intruder is his first book.

Bemused and droll, paranoid and demagogic, Sinaee’s much-anticipated debut collection presents a world beset by precarity, illness, and human sprawl. Anxiety, hospitalization, and body paranoia recur in the poems’ imagery — Sinaee went through two-and-a-half years of chemotherapy in his mid-twenties, documented in the vertiginous multipart prose poem “Twelve Storeys” — making Intruder a book that seems especially timely, notably in the dreamlike, minimalist sequence “Half-Life,” written during the lockdown in Toronto in spring 2020.

Progressing from plain-spoken dispatches about city life to lucid nightmares of the calamities of history, the poems in Intruder ultimately grapple with, and even embrace, the daily undertaking of living through whatever the hell it is we’re living through.