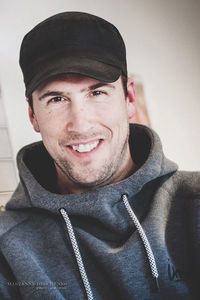 In its original French edition, Mama's Boy (Book*hug) by David Goudreault (translated by JC Sutcliffe) was a smash hit - a bestseller, winner of the 2016 Grand Prix littéraire Archambault, glowingly reviewed across the board. Now English speaking readers have the chance to experience this intense, moving, darkly humorous family drama. Both gritty and vulnerable, Goudreault's voice is a fresh, authentic experience.

Mama's Boy, the first book in a trilogy, is framed as a confession from the titular son, who is searching for his mother after a childhood spent in various foster homes. The background of his search is the longing, complex story of his mother and his own identity.

We're proud to present an exclusive excerpt from the opening of Mama's Boy here today. Please note some readers may find the content of this excerpt disturbing.

An Excerpt from Mama's Boy by David Goudreault, translated by JC Sutcliffe:

My mother was always committing suicide. She started out young, in a purely amateur capacity. But it wasn’t long before Mama figured out how to make the psychiatrists take notice, and to get the respect only the most serious cases warranted. Electroshocks, massive doses of antidepressants, antipsychotics, anxiolytics, and other mood stabilizers marked the seasons as she struggled through them. While I collected hockey cards, she collected diagnoses. Thanks to the huge efforts she put into her crises, my mother contributed greatly to the advancement of psychiatry. If it weren’t for the little matter of patient confidentiality, I’m sure several hospitals would be named after her.

My mother was discreet, and usually tried to kill herself in secret. Contrary to what the official reports claimed, I wasn’t all that bothered by her habit. Whenever Mama could drag herself out of her private hell and get back on her feet, she was a wonderful woman. And those experts can go hang themselves too, with their pseudo-analyses of our attachment issues.

The first time I found her, she was naked and moaning on the bathroom floor. I was four years old. Mama had hauled herself out of the bathtub, which was full of a reddish soup that made it look as though she’d been butchered. Her wrists especially. It was her sharp little cries mixed with sobs that woke me up. As soon as I dared poke my head round the door, she ordered me to go and get Denise. I froze. I’m pretty sure that’s normal. My mother’s nakedness, the steak knife, the bloody bath—it was quite the scene. But not really a satisfactory family situation, as people pointed out to me later. It was messy. I wanted to at least pick up the knife and put it away. My mother was awkwardly trying to cover her genitals and yelling ever more loudly. Go tell Denise to call an ambulance, you goddamn imbecile! Whenever the name-calling started, the slap was never far behind. Go on, do it!

Denise lived on the floor below. The triplex was poorly soundproofed, I always knew when she got up. She was deaf and watched television with the sound at maximum volume. I often ate with her. She kept a box of Cap’n Crunch specially for me in one of her kitchen cupboards. I used to snuggle up with Denise on her big brown leatherette couch. I’d try to follow as she compulsively changed the channel. When she hit the weather channel, she’d pause for a few seconds longer than normal. I found that fascinating, because she never went out—she even had her groceries delivered, including my precious cereal. But she still always knew what the weather was doing. You never know, kiddo. You never know. Denise was a wise woman.

What are you waiting for? You think I can go myself? Wake up! Mama had managed to get up and was hiding her bottom half bycurling up between the bath and the toilet. I remember thinkingshe was going to a lot of trouble to hide a bit of hair. I hadn’treally wrapped my head around the situation at that point. I wastorn between throwing myself into my mother’s arms, helpingher clean up the mess, and doing what she asked by going toget Denise to help. Go on, you fucker! I ran to the neighbour’s.

Every time I went over to her place, Denise would ask me to massage her feet. They were all dry with white bumps and scars, but I indulged her. It was the sacrifice I made in our symbiotic relationship. Sometimes I tickled her and we both laughed.

Despite the fifty-four-year age gap, I’d never had a better friend. She’s the only woman who’s ever told me I’m good-looking. I am good-looking, I know I am, but women hardly ever say it because I intimidate them. Denise knew how to win me over. She loved me, but there weren’t many like her.

I hadn’t put my boots on in the rush, and the iron stairs hurt my feet. It was a really cold November. Denise’s door was never locked. I didn’t even think about knocking as I burst into the house, calling her name. Getting no response, I raced straight to her bedroom and pushed at the half-open door. And then I was paralyzed with horror. The traumas were piling up.

Sitting on the corner of the bed, in the moonlight filtering through the blinds, her stupefied gaze meeting my own, Denise was holding her hair in her hands. Some distance away from her head. All that remained were a few tufts of sparse hairs. Her

whole mane had come off. Gripping her scalp with her fingers, she stared at me, mumbling, My hair. She wanted to put it back on her head but it was already too late. The image had burned itself into my brain. Even more than the image of my mother’s body on the bathroom floor.

Denise called the emergency services. I didn’t dare look at her again. I stuffed my face with Cap’n Crunch until I felt like throwing up, waiting for my mother to go off in the ambulance and for someone to take me to a shelter for the night. I was grateful for that, terrified at the thought of staying the night at Denise’s. If this bald woman really was Denise. I couldn’t be sure of anything anymore.

After that, I often saw my mother try to kill herself, usually coinciding with changes in medication or partner, but I never saw Denise again. I have good memories of her, a feeling of safety mingled with fear. Ever since then, Cap’n Crunch has tasted of nostalgia, and I’ve had a phobia of wigs.

I know Quebec pretty well. I’ve moved way more than my fair share. All my childhood memories are linked to names of towns, which are in turn connected with the dramas that punctuated my youth. Shawinigan means Mama being poisoned by a medication overdose and the sounds of regurgitation. Trois-Rivières-Ouest

was the tattooed René beating my mother up in the hallway of our apartment building. Sainte-Foy, the Xanax overdose and the ambulance ride. Donnacona, Mario hitting Mama in the middle of the street, and finally Quebec, site of the notorious hanging, where the shower-curtain rod gave way with an enormous crash as my mother yelled and swore.

The emergency services didn’t come out every time she killed herself. This particular time it was the landlord, who lived underneath us, that showed up in a towering rage. He already thought, wrongly, that we were noisy parasites, but the din the metal rail and the body made as they fell into the bath had frightened him. He ran upstairs without even knocking to discover my mother battling with the dressing-gown belt around her neck and the curtain rod across her legs. Just as I’d done several years earlier in another bathroom, he froze. Which just goes to show that age doesn’t matter; that kind of scene makes an impression.

I assume she carried on trying, but that was the last time I witnessed her attempting to end her days. We were definitively separated. For my safety and her mental health. To me, that seemed about as logical as trying to ban snow in winter or slush in spring. I knew full well she’d never die, and her lullabies were the only thing that could soothe me. We might have been an unusual family, but we were a family all the same. We needed one another. We didn’t make it out of there fast enough. Social services got us, as she put it. I would have given anything to find my mother again, but seven-year-old children don’t sit on multiagency boards at child protection services.

They refused to tell me where they’d locked her up. I managed to steal my file once, but they took it back before I could get a proper look. A social worker let something slip one night when I woke up the entire building in the grip of my thousandth crisis. Your mother was hiding out in the Eastern Townships. There wasn’t any point though. She had another child, but we took it away at birth. You’ll never see her again. Go to sleep!

She must have committed suicide properly after that. She really loved children.

David Goudreault is a novelist, poet and songwriter. He was the first Quebecer to win the World Cup of Slam Poetry in Paris, France. David leads creative workshops in schools and detention centres across Quebec—including the northern communities of Nunavik—and in France. He has received a number of prizes, including Quebec’s Medal of the National Assembly for his artistic achievements and social involvement and the Grand Prix littéraire Archambault for his first novel, La Bête à sa mère (Mama’s Boy). He is also the author of Le bête a sa cage and Abattre la bête, both of which will appear in English translation from Book*hug. He lives in Sherbrooke, Quebec.

JC Sutcliffe is a writer, translator, book reviewer, and editor who has lived in England, France, and Canada. She has reviewed for the Times Literary Supplement, The Globe and Mail and the National Post, among others.

My mother was always committing suicide. She started out young, in an amateur capacity. But it didn’t take long for Mama to work out how to make psychiatrists take notice, and to get the respect reserved for the most serious cases.

Written with gritty humour in the form of a confession, Mama’s Boy recounts the family drama of a young man who sets out in search of his mother after a childhood spent shuffling from one foster home to another. A bizarre character with a skewed view of the world, he leads the reader on a quest that is both tender and violent.

A runaway bestseller among French readers, Mama’s Boyis the first book in a trilogy that took Quebec by storm, winning the 2016 Grand Prix littéraire Archambault, and selling more than twenty thousand copies. Now, thanks to translator JC Sutcliffe, English readers will have the opportunity to absorb this darkly funny and disturbing novel from one of Quebec’s shining literary stars.