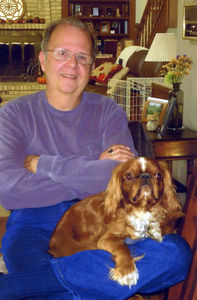 Sometimes it is easy to forget we are constantly surrounded by works of art. In postcards and prints, books and movies, home crafts, and songs on the radio, we experience what author Richard Teleky refers to as a kind of "ordinary paradise". The conscious decision to focus on what a wonder it is to be surrounded by artistic achievement at all times is a refreshing and positive position to take, and it's what inspired the essays in Teleky's Ordinary Paradise (Porcupine's Quill).

The idea that the extraordinary quickly becomes ordinary is a simple one but easy to overlook. The book is a thoughtful meditation on being present in the beauty around us, as well as interrogating troubling trends in the way art is currently appreciated and evaluated. And on the other side of the creative coin, Teleky also examines certain challenges and tensions in the lives of artists.

From what re-reading can tell us about ourselves to the connection between language and marginalized voices, this is a mature and intelligent rumination on the nature of truth and beauty through a concrete and relatable lens.

We're pleased to have Richard on Open Book today to share about the literary art he appreciates around him, namely his favourite and formative books.

He tells us about the book he kept under his pillow as a boy, the allure of forbidden books, and the Nobel Laureate who inspired him.

The WAR Series: Writers as Readers, with Richard Teleky

Black Beauty by Anna Sewell. I was about seven, and slept with it under my pillow. I didn’t want a horse, I wanted the book nearby.

A book that made my cry:

A Death in the Family by James Agee.

A Rage to Live by John O’Hara. I was maybe ten, and the book – which belonged to my parents – was off-limits, so I had to know why.

The Life and Opinions of Maf the Dog, and of His Friend Marilyn Monroe by Andrew O’Hagan. (It’s also very sad.)

Flaubert’s Madame Bovary (in the Francis Steegmuller translation) because I teach it every year, and for escapist pleasure, Brideshead Revisited by Evelyn Waugh.

A book I feel like I should have read, but haven’t:

At seventeen I read Sons and Lovers by D.H. Lawrence – perfect for that self. Now I’d add a good translation of Montaigne’s Essays.

A book that strongly influenced me as a writer and why:

Doris Lessing’s The Four-Gated City. She could go almost anywhere in her novels, which told me to follow my stories.

I always have several books going at the same time: David Washburn’s new translation of Murasaki Shikibu’s The Tales of Genji; Colin Thurbon’s novel Night of Fire; and Svetlana Boym’s study The Future of Nostalgia.

An unlikely prospect, so for now Untitled.

Richard Teleky is an author, editor and educator who has published a dozen books of poetry and prose (both fiction and non-fiction), including most recently The Blue Hour(Exile Editions, 2017) and The Hermit in Arcadia (Exile Editions, 2012). His novel The Paris Years of Rosie Kamin(Steerforth, 1998) won the Harold Ribalow Prize. He is a professor in the Humanities Department of York University and lives in Toronto.

The essays in Ordinary Paradise muse on what it means to be engaged with literature, music, film and the visual arts, and celebrate the extraordinary power that creative accomplishment can have on our daily lives.

"While representing the best of human endeavor, works of art have become ordinary features of our lives, familiar and reliably present," writes Richard Teleky. "They are, however, extraordinary. So extraordinary, in fact, that in themselves they are a kind of paradise."

In Ordinary Paradise, acclaimed author, critic and editor Richard Teleky considers a variety of artistic forms—from novels and poems to paintings and sculptures to movies and musical compositions—in celebration of the creative achievements that surround us and affect our daily lives. He examines, as well, some of the challenges and tensions in any artist’s life.

The essays in Ordinary Paradise challenge conventional wisdom and exemplify a dynamic and lively critical approach, pointing out troubling trends in contemporary appreciation of art and culture. They reveal the rewarding complexities of the demanding art of translation, the nostalgic power of re-reading in provoking self-assessment, and the fraught connection between language, silence and identity as they relate to marginalized voices. Teleky immerses himself into ideas of truth, beauty and humanity, and in so doing, provides a compelling exemplar for engaging with contemporary culture and learning the innumerable lessons that artistic accomplishments have to teach us.