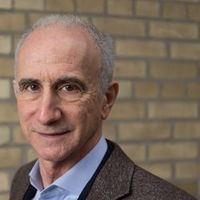 Bestselling crime writer Robert Rotenberg, who is also a prominent criminal lawyer, knows how to craft a good story. But he got a serious surprise when two distant relatives wrote a story he'd never heard before: that of their grandfather, a distant relation of Rotenberg's, whose remarkable life story had been lost to the past.

Indeed, what the cousins, Hella Rottenberg and Sandra Rottenberg, had uncovered about their grandfather Isay Rottenberg was no less than the story of a hero: a man who stood up to the Nazis and did everything he could to protect hundreds of workers in the terrifying years leading up to World War Two, when he challenged the Nazis closing his cigar factory in Dresden. He survived imprisonment and intimidation but his story was lost even to his family until a call for claims of property stolen by the Nazis brought the factory's fate back to the family's attention.

Translated from the Dutch by Jonathan Reeder, Hella and Sandra Rottenberg's The Cigar Factory of Isay Rottenberg: The Hidden History of a Jewish Entrepreneur in Nazi Germany (Wilfrid Laurier University Press) has been called "a story of redemption, courage, and honour that leaves one shuddering in awe" (Wade Davis).

For Robert Rotenberg, the English edition meant the chance to contribute to his family's remarkable take, providing an afterword that adds additional context and interest, especially for North American readers. We're excited to celebrate this powerful book today by inviting Robert to share some of his most influential and beloved reading experiences, as part of our WAR: Writers as Readers series.

Writers as Readers, with Robert Rotenberg

I come from a family of readers. My mother had four sons, and when I was in high school I remember she bought me a bolster (I see they are coming back in style) so I could sit in bed and read. I have two older brothers so I would always try to read their books. The first book I remember reading cover to cover, then turning to the first page and reading it again was Catch 22. Funny, I teach writing courses and put a huge amount of emphasis on what I call “First word, first sentence, first paragraph.”  (See Tim Winton below).  All these years later I still remember Joseph Heller’s first line: “It was love at first sight.”

P. S. I also remember the first book I didn’t read past about 30 pages. My poor mother always wanted a girl. She gave me Gone with the Wind to read but, much to her disappointment, I couldn’t get beyond Scarlett worrying about what dress to wear to the ball.

I’ve read the whole series of Andrea Camilleri’s charming and often moving detective novels, set in Sicily. (I just counted there are 28 of them). I’ve also seen all the hugely popular (in Europe) Montalbano TV shows (if like me you are tired of Netflixs, get MHz Choice and watch shows from all over the world.) 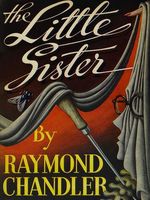 I made it through law school by reading all of Raymond Chandler’s books. There are only seven Raymond Chandler novels – and a few short stories. I go back to them often, sometimes just for the similes. No one wrote them better. Here’s a few lines from the book recently re-read, The Little Sister.

"…The orange queen stopped typing. The room fell silent like a fallen cake.  I went out, parting the silence as if I was pushing my way through water."

A while ago I re-read A Day in the Life of Ivan Denisovich. I found it packed an even more powerful punch. I also love last paragraphs and last lines in novels, and Solzhenitsyn’s is perhaps the best.

"The end of an unclouded day. Almost a happy one. Just one of the 3,653 days of his sentence from bell to bell. The extra three were for leap years."

How long is a piece of string? I like to say I was well read until I graduated from university and it’s been downhill since then. Much too long a list. (See The Age of Innocence below.)

A Suitable Boy, by Vikram Seth. The novel has everything and more.

Nine Short Stories, by J.D. Salinger. It is his economy of words, especially in two underrated stories “Down at the Dinghy,” and “The Laughing Man,” that really captivated me. Built on my high school interest in Hemingway and Fitzgerald. And then, lucky me, as I was working on my first novel I took the Humber College Summer Writing course and my instructor was David Bezmogis. His Natasha and Other Stories is a treasure in the same tradition of spare yet rich writing. A treasure.

Researching my new novel, part of which is set in Italy during and after World War II, I’ve recently been reading a number of books about what was really happening to individuals before, during, and after the war.  I think of this as the new stage of historiography, a deeper look into daily life. Some include: The People on the Beach, X Troop, The Brigade, The Splendor and the Vile, The S.S. Officer’s Armchair, The Day of Battle, Poland 1939, and Five Days in London.

And, to put in a plug, The Cigar Factory of Isay Rottenberg, the bestselling Dutch book that has now been translated into English – and for which I have had the privilege to write the afterword – about my distant Dutch Jewish cousin who opened a cigar factory in Germany in 1932 and his two writer granddaughters who unearthed his remarkable story.

I just started The Age of Innocence. Time to read some of the many classics I’ve missed. (See above “Books I should have read.)

I often still go back to Love in the Time of Cholera.

The Australian writer Tim Winton’s The Turning is one of the most compelling books I’ve ever read. His short story “Small Mercies” has the best opening paragraph (see above) I’ve ever read. I’ll only give you the first line…you’ll have to find the story and read the rest.

“Peter Dyson came home one day to find his wife dead in the garage.”

Wait, I need to cut out a few more words.

Robert Rotenberg is a Canadian criminal defence lawyer and writer, based in Toronto. He is the author of several bestselling novels, including Old City Hall, The Guilty Plea, Stray Bullets, Stranglehold, and Heart of the City. His most recent book is Downfall (2021).

The Cigar Factory of Isay Rottenberg: The Hidden History of a Jewish Entrepreneur in Nazi Germany

In 1932, Isay Rottenberg, a Jewish paper merchant, bought a cigar factory in Germany: Deutsche Zigarren-Werke. When his competitors, supported by Nazi authorities, tried to shut it down, the headstrong entrepreneur refused to give up the fight.

Isay Rottenberg was born into a large Jewish family in Russian Poland in 1889 and grew up in Lodz. He left for Berlin at the age of eighteen to escape military service, moving again in 1917 to Amsterdam on the occasion of his marriage. In 1932 he moved to Germany to take over a bankrupt cigar factory. With newfangled American technology, it was the most modern at the time. The energetic and ambitious Rottenberg was certain he could bring it back to life, and with newly hired staff of 670 workers, the cigar factory was soon back in business.

Six months later, Hitler came to power and the Nazi government forbade the use of machines in the cigar industry so that traditional hand-rollers could be re-employed. That was when the real struggle began. More than six hundred qualified machine workers and engineers would lose their jobs if the factory had to close down. Supported by the local authorities he managed to keep the factory going, but in 1935 he was imprisoned following accusations of fraud. The factory was expropriated by the Deutsche Bank. When he was released six months later thanks to the efforts of the Dutch consul, he brought a lawsuit of his own. His fight for rehabilitation and restitution of his property would continue until Kristallnacht in 1938.

The Cigar Factory of Isay Rottenberg is written by two of Rottenberg’s granddaughters, who knew little of their grandfather’s past growing up in Amsterdam until a call for claims for stolen or confiscated property started them on a journey of discovery. It includes an afterword by Robert Rotenberg, criminal defense lawyer and author of bestselling legal thrillers.