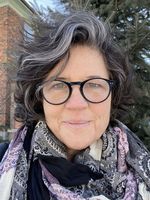 After getting her start as an actor, screenwriter Claire Ross Dunn has written for Degrassi, Little Mosque on the Prairie, and numerous other acclaimed shows. This season, she's brought her witty, smart, and heartfelt storytelling chops from the screen to the page with At Last Count (Invisible Publishing), a coming of age novel in the vein of Miriam Toews and Sally Rooney.

In the novel, Dunn's protagonist, Paisley Ratchford, facing the demolition of her Toronto apartment building, tries to regain her abandoned childhood home on Amherst Island. But the trip down memory lane isn't straight forward, especially given Paisley's struggle with compulsions, which include obsessively counting in sets of eight. When her childhood nemesis returns and—surprisingly—becomes a source of help, Paisley sets out to confront complicated legacies from her childhood against a richly, and often hilariously, rendered portrait of a tight-knit community.

A bold, funny, and thoughtful tale of growing up, small towns, mental illness, and family, At Last Count is a debut as assured and entertaining as you'd expect from Dunn given her impressive screenplay c.v., and packed with effortless and genuine heart.

We're excited to introduce her here today, where we celebrate the publication of At Last Count by challenging Claire to respond to our Dirty Dozen series, where we ask writers to share 12 unexpected facts about themselves. She turns in a list for the ages, telling us about the time she overcame her fear of fire in a high stakes way, reminiscing about the day she fell asleep in a coffin, and sharing some excellent anecdotes for 80s music fans (you'll want to put on "Whip It" after reading this). 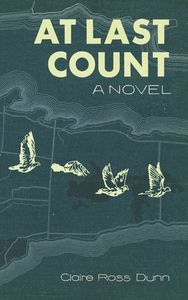 1. I am a big fan of a ‘poking stick,’ the stick everyone needs on a beach or in a forest when ambling about which enables you to investigate weird things along the shore or in the underbrush without actually having to touch them yourself: a dead jellyfish, air bubbles coming up through a patch of wet sand, what looks like an empty shell but might not be... Many new situations require a poking stick. Yes, that might be a metaphor. Take from it what you will.

2. I love eighties music. A Flock of Seagulls, New Order, The Cure, The Furs, Duran Duran. So many far-off looks. So much hair mousse. Such danceable tunes.

3. I studied Russian for six years in my youth. My small private school thought that was the way to go as a third language in addition to English and French. After all that time invested, now all I can say in Russian is “Hello, I cannot speak Russian very well.”

4. I worked as a writer on Degrassi, The Next Generation while Drake, who was still known as Aubrey Graham at that time, was part of the cast.

5. I had to seek shelter in a Ready Room on the USS Forrestal when I was caught in a Red Diamond Alert. I was enjoying a tour of the US Navy aircraft carrier from a Navy Pilot friend when suddenly a voice came over the loudspeakers and said “Red Diamond Alert” twice. That seemed to concern my friend a lot more than I’d have expected. He hustled me down a passageway, tour obviously over. I looked up to see a squad of half-dressed Marines with guns (big guns) running full-speed in our direction screaming ‘move!’ (with a soupçon of expletives for good measure). My friend propelled us both into said Ready Room, where we were met by a dozen pilots. I lived to tell the tale, but never found out what all the fuss was about.

6. When I was 10, my favourite snack was a toasted peanut butter, brown sugar, and Cap’n Crunch sandwich. Yes. That’s a thing.

7. I have a fire phobia, but once when I was home alone with the kids, I was doing way too much at the same time and absent-mindedly put the electric kettle on the stove and it caught fire. I turned off the stove, threw the burning plastic kettle in a snowbank, and doused the remaining flames with a pot of water as my kids looked on. It goes to show you, you can deal with a lot and overcome fear when you least expect it.

8. I am married to Kirk Dunn, an out-of-the-box knitter who knits all kinds of cool things. His moniker is The Knitting Pilgrim. He also happens to have played the role of Dudley in The Adventures of Dudley the Dragon for three seasons—he was inside the eight-foot-tall dragon suit. Which, for the twenty-somethings who watched the show in their youth, makes me semi-famous-adjacent.

9. When I was a teenager, I spearheaded a campaign to get the band Devo to give a special concert to my tiny high school in a contest run by CFNY Radio. I pressed on the school office to let us photocopy hundreds—thousands?—of ballots and filled them out with my friends in the school hallway every morning at 7:00 am for a few weeks straight. I don’t even remember how we got the ballots to the radio station—there were garbage bags of them. Much to our shock, we won the contest against big public schools with over a thousand students (we had a population of about a fifth of that). Devo performed for us in a downtown Toronto warehouse (I’m sure this was because our half-sized gym was too small) and for one brief moment, I was cool. And yes, Devo wore those red cone hats and sang “Whip It.”

10. I was an actor before I became a writer. My first major screen role was playing the role of Bessie in a CBC movie called The Private Capital. My character died by drowning, and on the day we shot the funeral scene, I had a terrible cold. All I had to do was lie in the coffin which the art department had made, and it was so warm and comfy in there, I fell asleep as they shot the scene. I was quite stuffed up, and the sound guy recorded me snoring—I mean, big-snorts style snoring—much to the glee of the cast and crew. Of course it made the movie joke reel.

11. I was an official card-carrying member of The Police fan club in the 80s (there’s that 80s music connection again). The list of offerings came in the post all the way from the UK, hand-written on a photocopied sheet. I sent away for items with a money order. At one point I had a personally signed 8x10 black and white photo of Sting, and a fluorescent green glow-in-the-dark 45 record of one of their singles—De Do Do Do? Roxanne? I really wish I still had that 45, although how could I play it now?

12. At my wedding, I wore a baroque dress made by Opera Atelier’s costume designer, Dora Rust D’Eye, for my role in Andromache, the stage show that earned me my Equity card. I was a poor actor at the time and so asked if I could borrow the dress to get married, and Dora said yes. The dress was out of this world—yards of raw silk over a massive hoop undergarment, with a corset and tiny jewels sewn all over—and impressed the heck out of the assembled wedding guests. Although my family had trouble getting me into the car after the service. I had to go in head first, with several people shoving armfuls of the dress into the car after me. Some things are too good to travel.

Claire Ross Dunn is a Toronto-based TV writer who has worked on Degrassi and Little Mosque on the Prairie and has written several rom-com movies for streaming. Her in-laws lived on Amherst Island, Ontario, where the book is set, and she is still closely tied to its wonderful community.

Paisley Ratchford is trying to keep it together, but in eight weeks, the Toronto apartment building she lives in will be demolished. A last-ditch effort to reclaim her abandoned childhood home on Amherst Island plunges Paisley into memories of growing up in the tight-knit community, and into the obsessive compulsive disorder that has only ever offered a semblance of control. Her compulsion to count in sets of eight had little effect on thwarting bullies, her father’s bad luck, and her mother’s mental illness—all of which return to haunt her.

When help arrives in the form of Paisley’s old classmate and nemesis Garnet Mulligan, her predicament only worsens. For a shot at a future, Paisley needs to stare down her past, including all the habits that have stopped her from thriving. At Last Count is a wise and often laugh-out-loud funny tale that proves we don’t always need to believe everything our brain tells us.