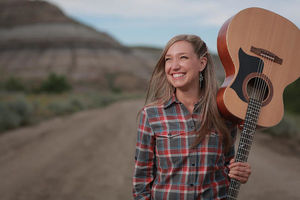 As a singer, songwriter, producer, and sound engineer, Dayna Manning is a musical talent on several fronts. Honoured with nominations for a Juno Prize and the Polaris Prize (as part of her folk trio, Trent Severn), she's been making music people love for 30 years. So it was a perfect time to reflect on that journey and the result is her

Many Moons (Blue Moon Publishers) dives into Manning's musical collaborations (including working with Burton Cummings, Chris Hadfield, and many others), the unique joys and challenges of the songwriter's life, and the changes to the music industry that she's seen and weathered through her career. The book also kicks off Blue Moon Publishers' songwriter series, which will give voice to musicians' experiences.

We're excited to welcome Dayna to Open Book today to talk about Many Moons as part of our My Story memoir series. She tells us about starting out recording her first album at 17, what it was like to switch to writing prose after years of songwriting, and what she's working on next.

My memoir started when I met with a local publisher to inquire about a different project I had in mind. She had been to many of my shows as a singer songwriter and really enjoyed the storytelling part to my performances that accompanies my songs. Over that lunch we hatched this idea that I could tell a memoir through my songs, and I instantly said yes. I also felt it was the right time because I'm mentoring some young women in our community to be songwriters as well. I wanted to let them know it wasn't all about winning competitions and being a rockstar. That the adventure and the process of being a singer/songwriter is extremely enjoyable and the ultimate reward.

I have just completed a new chamber/folk recording called “Morning Light” that I've been working on for the better part of two years that comes out in October along side the memoir. It's a change of direction for me where I'm performing in a folk style with the chamber orchestra made up a violin cello flute and french horn. The memoir is a nice way to see how I ended up at this mature, budding stage of my career, seeing that I started at a very young age recording my first album at at 17. Many things have changed several times over in the way we make and consume music since then. It was wonderful to share all the lessons I’ve learned about the business and recording process.

I guess the question would essentially be why? Why write a song? Why follow this path? What is the meaning of it all? I truly learned a lot about myself writing this memoir and that essentially I've enjoyed this path mostly for the adventure and abundance of human connection it has brought to my life. I've ended up in many situations I could never have imagined simply because I wrote a song. I wanted to share these tales to inspire other up and coming songwriters.

I didn't write this memoir chronologically. I thought about the songs I wanted to include and the stories I wanted to include and as they inspired me I wrote them. I guess the book changed when I finally put them all in chronological order, which I had always intended to do, but it took on a life of its own when joined all together. I then made revisions as needed to make the full story flow but you can still always flip to a chapter and read it out of context.

I've been a songwriter my entire life, but I've never written a book before. I found similarities in the faith needed to just keep on working and putting one word in front of another. In my songwriting I spend a lot of time the editing process once I get my my first instinct down. My first instincts can take days to work out, as I often walk away several times in order to ignite my instincts again. The final lyrics can take months, even years. I took the same approach to the book whenever I got stuck. I walked away and came back once I felt like my instincts kick in again. I wasn't as detailed with each word as I am in a song as I had way more words to tell my story. The feedback I've received so far is that it sounds like you're reading a story I'm verbally telling which is what I was going for.

I had a wonderful time re-connecting with people from my past who are included in the book. I wanted to ensure my stories were as I remembered them, and reconnected with folks I hadn't spoken to in years like Brian Jungen, Dave Constable, and Aaron Lishman. It was fun to reminisce about the times I spent with Burton Cummings, Chris Hadfield, William Lishman, and the entire Snowbirds Demonstration team. In fact, several people are now in my life more consistently because I reached out to talk about writing the book.

I'm just finalizing my new Chamber/Folk record “Morning Light” for release this fall. I'm booking shows, working on videos to support the release of the recording. Also, I’m excited to say that I'm working on a similar memoir in the same format that includes several singer songwriters from across Canada.

Juno-nominated singer and songwriter Dayna Manning exemplifies the very best that Canadian folk music can be. Manning’s three-decade career has taken her from coast to coast in many forms, from major label recording artist to independent producer and engineer. As a modern renaissance artist, Dayna’s memoir Many Moons debuts along with the sweets sounds of her chamber-folk project, Morning Light. She is already starting to work with several Canadian songwriters on her next book for our Songwriter Series.

In engaging prose as smooth and colourful as her Juno-nominated melodies, Dayna Manning’s memoir provides a window into the world of her songwriting. In Many Moons, Manning depicts her collaborations with Canadian legends such as Burton Cummings, Chris Hadfield, and William Lishman, providing readers with an intimate view of a musician’s life and up-close encounters with some of Canada’s greatest personalities. Manning’s charming debut memoir is a fascinating read, spanning Canada itself as well as a three-decade career in an ever-changing music business.