Words and Photos by Elyse Friedman.

In 1972, Kirk Howard was a young man living in Sarnia and teaching Canadian studies. He noticed a dearth of homegrown books to use in his history and literature classes, so he came up with what seemed like a simple solution: He would print his own. Dundurn Press was born. Named after Hamilton’s Dundurn Castle, an 18,000 square-foot estate admired by Howard since his childhood in that city, the press’s first Toronto location was pretty much the opposite of palatial. A cramped kitchen in a Victorian row-house in the Annex served as both office and warehouse. With few employees and virtually no business experience, Howard’s mission to fill the void in Canadian publishing proved more challenging than first expected, but he stuck with it, and today, as it celebrates its 45th anniversary in the industry, Dundurn is the largest independent press in the country.

I talked to Dundurn about their past and what’s ahead for the next forty-five years. 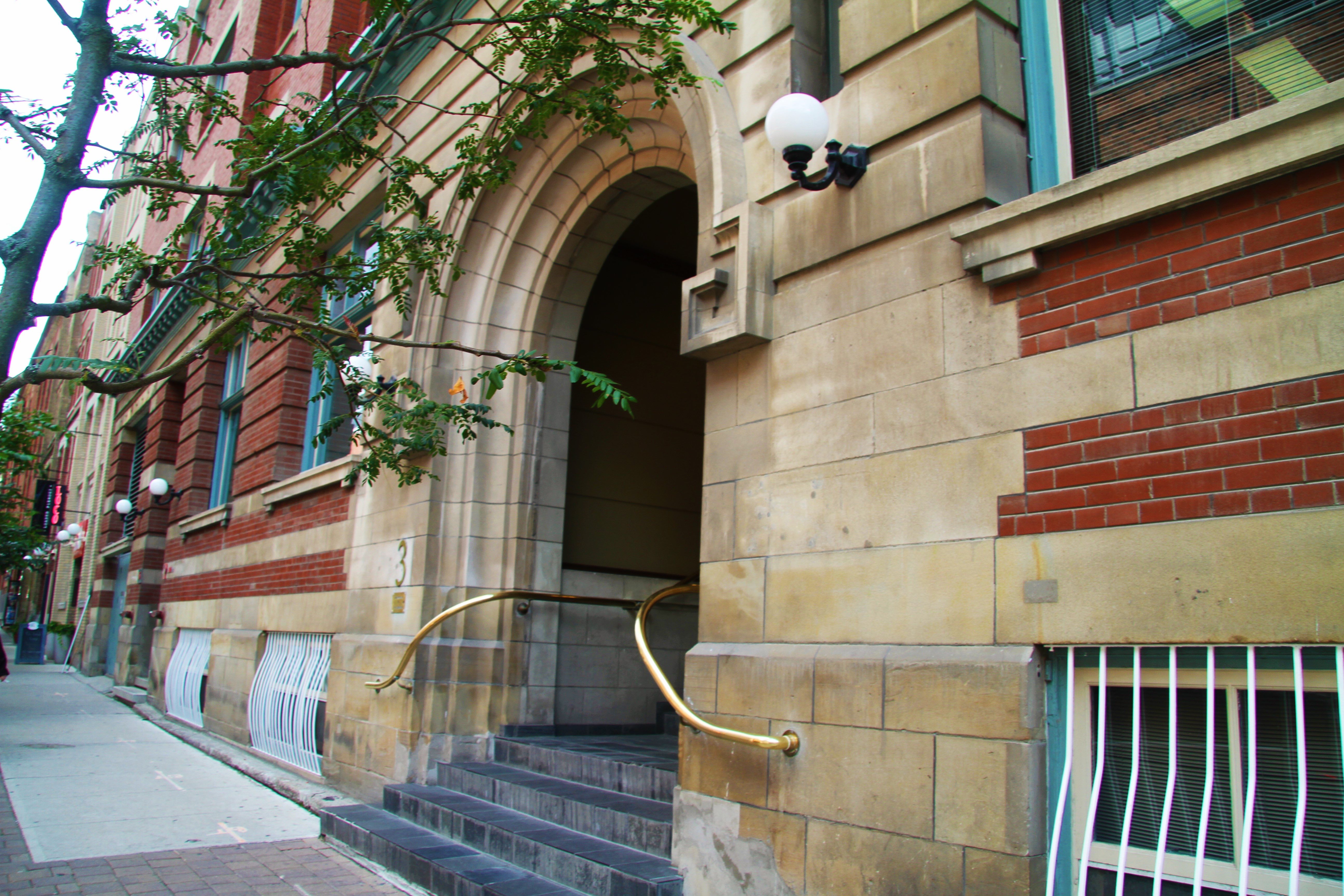 The front of Dundurn Press, at Church Street

First of all, Happy Anniversary! You started with a list of five non-fiction titles and now publish more than a hundred books each year. Is non-fiction still the backbone of your list?

In the 45 years we’ve been operating, our publishing program has grown and changed in ways we never would have predicted. Now, genre and literary fiction, YA, and children’s fiction are all major categories we publish alongside the history, biography, and political science programs that stretch back to our founding. 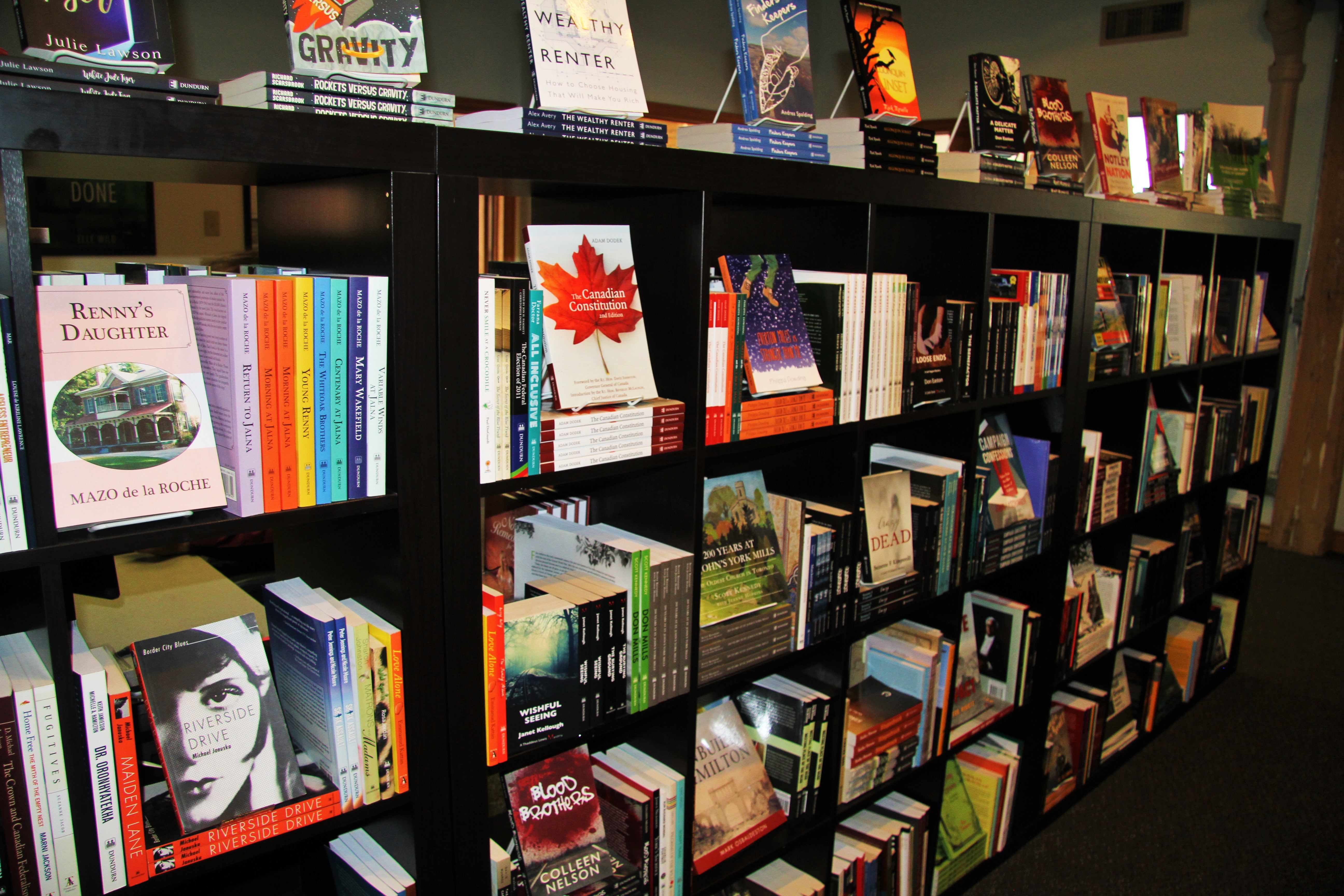 The Dundurn offices are in a restored heritage building near the St. Lawrence Market. High ceilings, exposed brick walls, giant wood beams, windows that actually open—you seem to have an affinity for historic buildings. Was it a conscious decision to avoid a more modern environment? Does the space work well for you? When I toured the office, one staff member remarked that you have “too much space.”

We all love the building, and its location puts us near a lot of other publishers, indie and chain bookstores, and Wattpad is just around the corner. It’s a great neighbourhood! I wouldn’t say we have “too much” space, but I think it’s safe to say we would make do without some of the nooks in the office if it meant we could have a bigger boardroom. Cramming all of us in there for parties or meet-and-greets is a bit tight. Then again, the office has a lot of character, even if the layout is a bit eccentric. 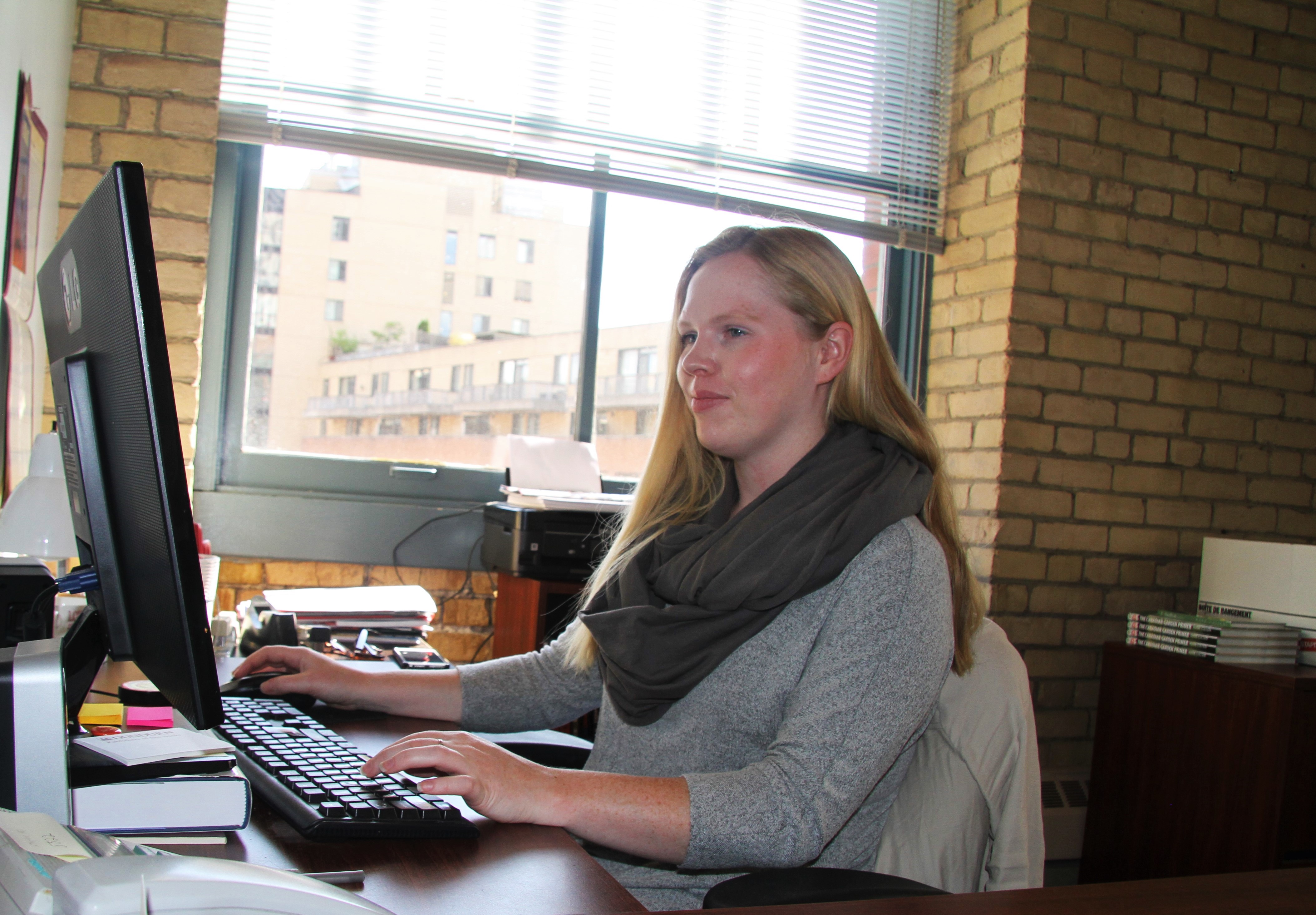 What’s the story behind your boardroom table? Is that a tiny printing press tucked underneath it?

That’s actually an old manual book-binding machine. It’s been here as long as anyone can remember, since Kirk bought it at an auction ages ago. The table is interesting, too: when Dundurn was in its early days, we also acted as our own distributor. Eventually the job got so big we had to buy our own forklift and get a warehouse. When we moved into the warehouse there was this huge, gnarled hunk of wood in the middle of the floor, which Kirk had cleaned up and made into the table where we meet every day. Thankfully we got rid of the forklift and the warehouse. 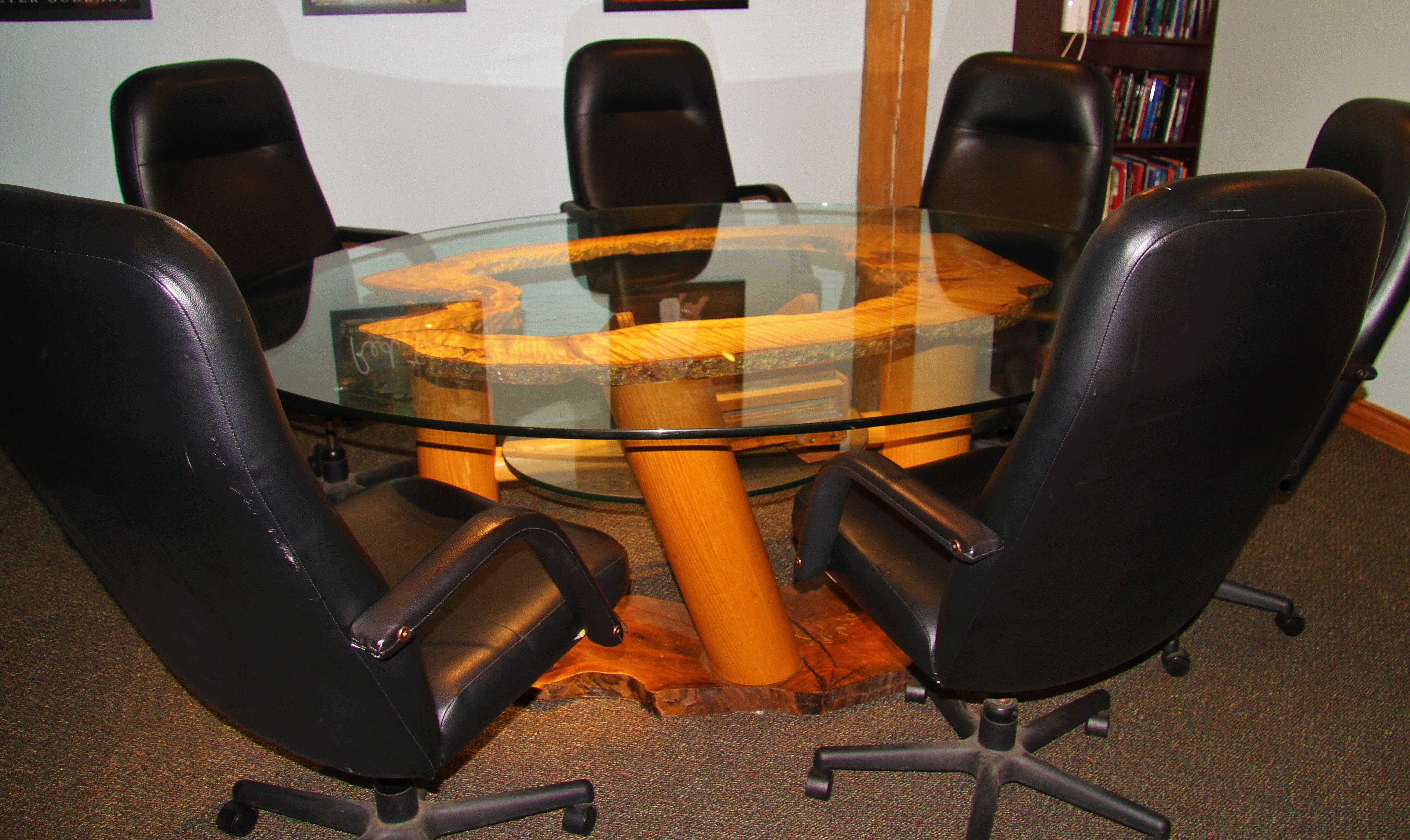 Over the past decade, Dundurn has acquired a number of different imprints, including Napoleon and Company, Blue Butterfly Books, and Thomas Allen Publishers. As your list grows and becomes more varied, has your core mission changed?

While our focus has certainly broadened with all the literary fiction, mysteries, children’s books, bios, travel guides, and so on, our core mission has always been to represent the full spectrum of Canadian voices and experiences. It’s that mission that drove the acquisition of other imprints, as other small presses shut their doors over the years and we stepped in to ensure their catalogues and legacy remained in Canadian hands and stayed on the market. 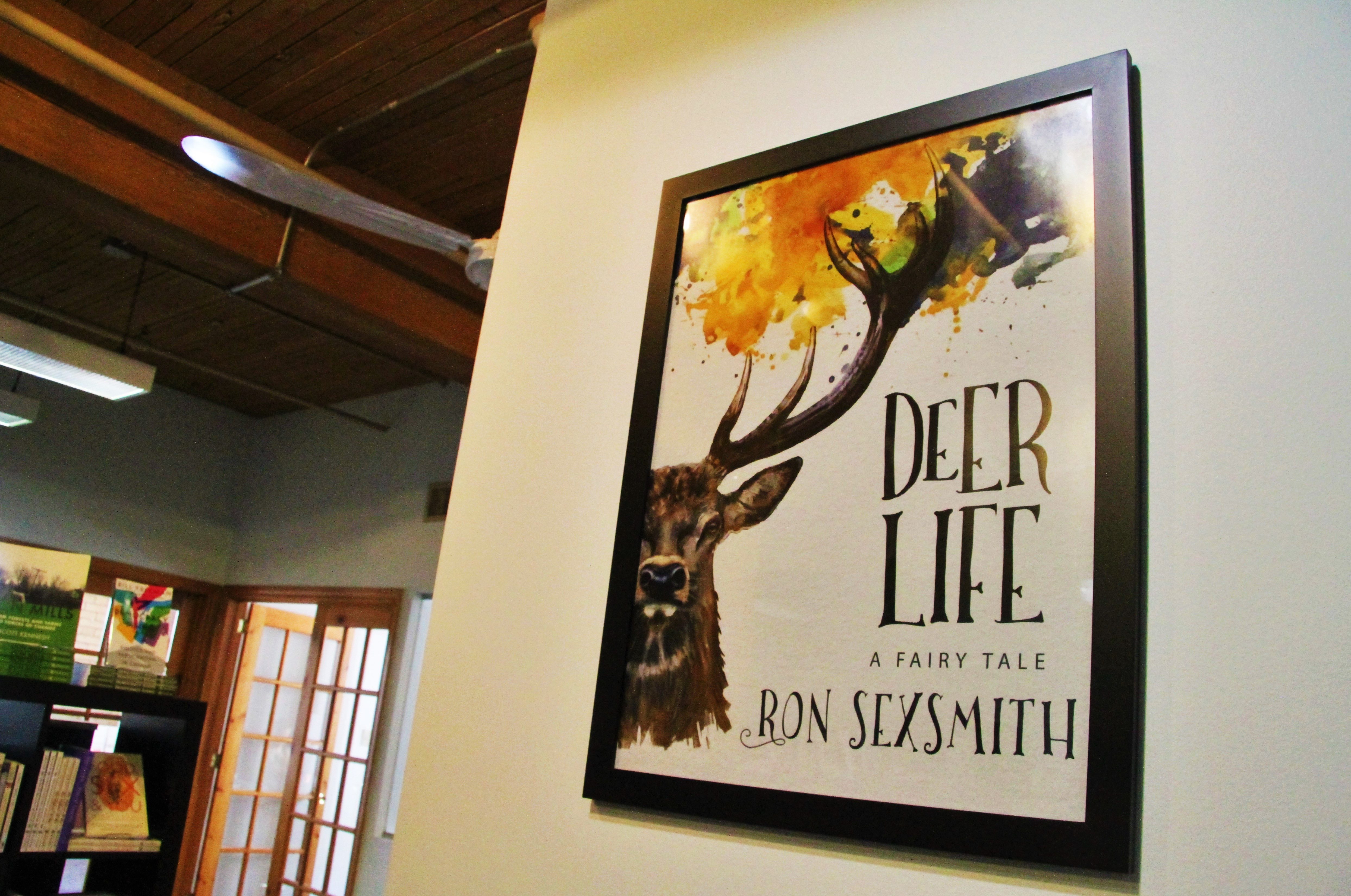 Inside the Dundurn offices

How is Dundurn marking its 45th anniversary in the industry? Are there titles you’re especially excited about this year?

So many! We publish about 100 titles every year, but I can give you a few upcoming titles getting a lot of buzz. Single Girl Problems is a fresh take on the “women’s relationship” books that assume every woman’s dream is to get married, by Andrea Bain, a CBC daytime host who brings a little much-needed humour and insight to the subject. The Four Year Olympian, by Jeremiah Brown, is about the author’s incredible journey from a troubled youth barely dodging a jail sentence, to an Olympic medalist and member of the Canadian Olympic Committee. A children’s book we are hotly anticipating is The Snake Mistake Mystery, by Sylvia McNicoll. It’s part of a series of books for young readers, starring a young detective who also happens to be a really anxious kid, who solves cases involving animals and people who’ve been unfairly blamed for mistakes and misdeeds. Not to give too much away, but this one revolves around a missing python! 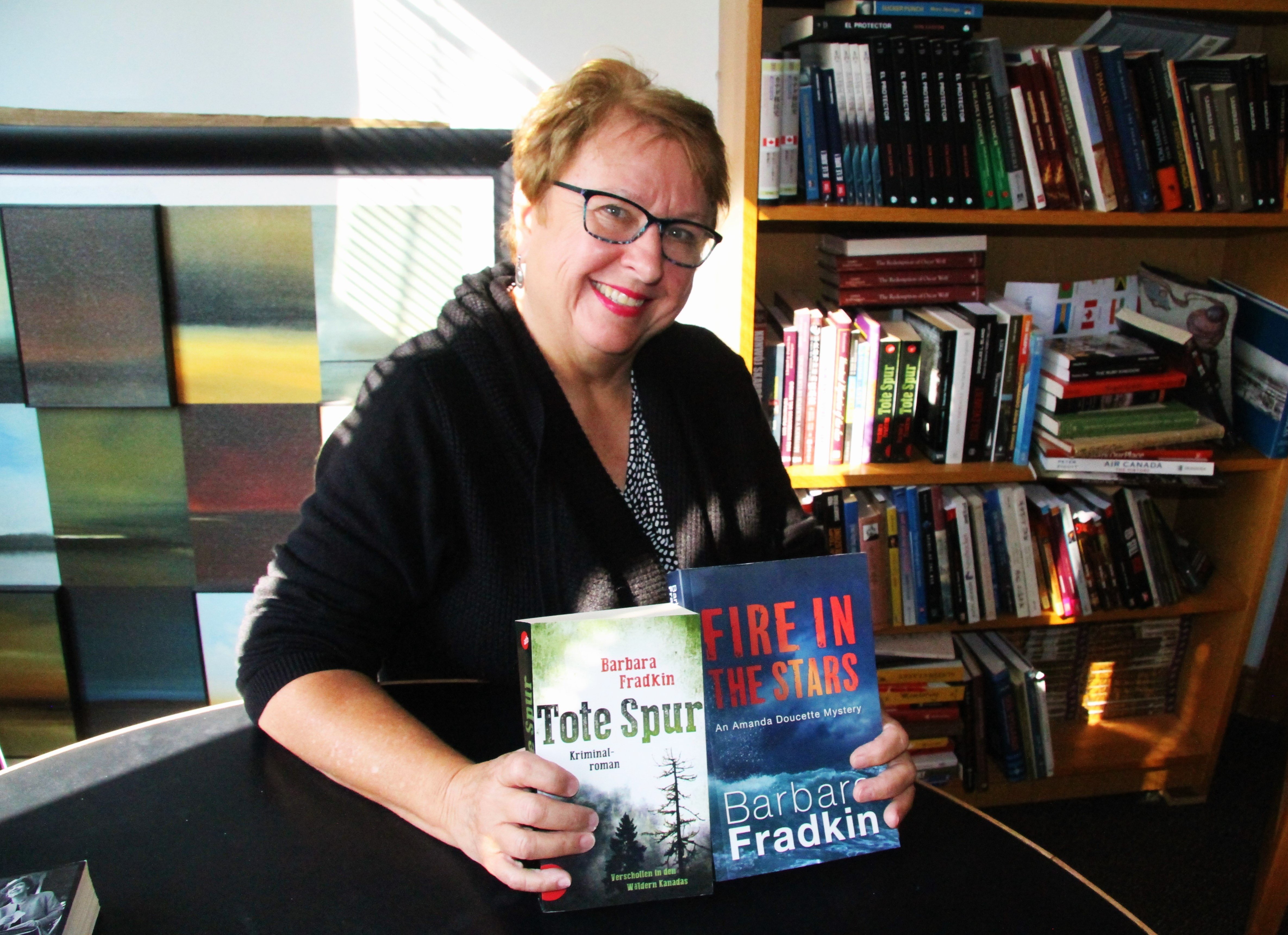 Do you anticipate any further acquisitions or new areas of interest in Dundurn’s future? Where would you like to see the press 45 years from now?