Today in Toronto, the 2017 RBC Taylor Prize for Non-Fiction will be presented to one of five shortlisted authors. This year's list is focused on personal stories, with memoirs from a Holocaust survivor, an Israeli soldier, and a woman who had a relationship with a convicted killer, as well as and two groundbreaking biographies of Marconi and Monet respectively.

We're excited to speak to all five of the finalists today in a brief Q&A about the nature and value of non-fiction and how each of the authors is dealing with his or her prestigious nomination.

The finalists are Max Eisen, author of By Chance Alone: A Remarkable True Story of Courage and Survival at Auschwitz (HarperCollins Canada), Matti Friedman, author of Pumpkinflowers: A Soldier’s Story of a Forgotten War (Signal Editions), Ross King, author of Mad Enchantment: Claude Monet and the Painting of Water Lilies (Bond Street Books), Marc Raboy, author of Marconi: The Man Who Networked the World (Oxford University Press), and Diane Schoemperlen, author of This Is Not My Life: A Memoir of Love, Prison, and Other Complications (HarperCollins Canada).

We chat with the five nominees today and hear about favourite non-fiction books (including which finalist picks last year's winning book as a favourite) and who has the best plans for how to celebrate a potential RBC Taylor Prize win (hint: there's cheesecake involved).

Stay tuned to Open Book for the announcement of the 2017 winner today!

What do you love most about reading and writing non-fiction, and how do you personally judge the merit of a book of non-fiction? 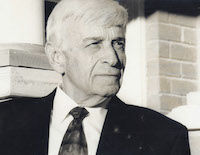 The non-fiction books I enjoy are the ones that give insight into events of an era and direct knowledge of the people involved. Looking over the shoulder of an author and gaining insight into important people of history is both fascinating and intriguing to me. I also enjoy reading biographies of those who have surmounted obstacles in their lives to achieve great heights.

I love the draw of getting a great story and great writing along with an education about something new. I know I’ve read something good if I look up and the world seems different.

What I most love about writing non-fiction is the research: uncovering obscure but illuminating facts about people or places, then weaving them into a readable narrative. As for reading non-fiction, I look for the same things that I look for in novels: an excellent writing style, a good story, strong, well-drawn characters, some colour and atmosphere, maybe even a bit of suspense, and hopefully something to think about when I finish the last page.

I love reading non-fiction as a way of trying to understand the world. I read essays on contemporary issues, biographies of everyone from artists to political figures to “ordinary people” (although no one is ordinary), and especially 19th-20th century history. Writing non-fiction is an incredible, and very rewarding, challenge. I started out as a journalist, which has its own rewards, but I found it frustrating to have to publish before being able to examine absolutely every angle of a story. I spent six years researching and writing Marconi and there weren’t many stones left unturned. I think I have a somewhat obsessive nature (!) which could be put to advantage for such a project. To me, a work of non-fiction should cover every aspect of the story it sets out to tell; it should raise philosophical or moral questions about its subject, but there should be no gaps in the factual basis for the reader to make their own judgments. (And, by the way, I do believe in “facts”.)

As a fiction writer for thirty years, most of my reading had been novels, short stories, and poetry. When I began figuring out how to write a memoir, I turned to reading more and more non-fiction and quickly discovered how much I had been missing. The word “non-fiction” covers such a wide range of possibilities, each offering a close and considered look into some part of the real world that you may not have entered before. In writing my own book, I loved the challenge of weaving together factual information and personal narrative without disrupting the flow of the story. For me, the merit of a book of non-fiction lies primarily in its ability to draw me into a world I did not know from a perspective I could not have experienced otherwise. At a recent workshop I gave about writing memoir, I said, “We write memoir for the same reason we read memoir: to know each other.” I think the same can be said of all kinds of non-fiction.

Tell us briefly about a favourite non-fiction book you've read.

In my reading of non-fiction, I gravitate to historical facts and personal accounts. An example of this is a book entitled The Holocaust by Bullets written by Father Patrick Desbois published in 2008 by Palgrave MacMillan.

Father Desbois gathered information while on location in the Ukraine, Bieloruss, Ossetia, and Transnistria with a crew of interpreters and got testimonies from local people who witnessed mass shootings by Nazi killing units.  The research was done over a period of seven years with all its trials and tribulations.  He had to get permission from local authorities to gain access to the mass graves and was refused in many places to get this access. The trust of the local witnesses, too, had to be cultivated so that they would feel comfortable to open up about their experiences.  The accurate documentation of historical facts gets the reader directly engaged with events of the Nazi era from l933 to 1945.

This book kept me riveted throughout its content because of its in-depth research and the dedication of the author. It is well written and Desbois catches the reader's attention with searing descriptions and visual clarity.

An important one for me was George Orwell’s Homage to Catalonia. Orwell manages to write a book in the first person that isn’t about him – his character is just a tool with which he explains something dramatic and complicated, in this case the Spanish civil war. It’s an example I’ve tried to follow.

A book I love going back to is Jack Flam’s Matisse and Picasso: The Story of Their Rivalry and Friendship. It’s a fantastic double biography that’s profoundly revealing about their paintings. It’s fascinating to see how each made the other a better painter.

The Immortal Life of Henrietta Lacks, by Rebecca Skloot. I read it while I was writing Marconi and immediately felt ‘I wish that I could write my book this way’. It was impossible, of course. I loved how the author was able to bring out the relevance of the bigger story while remaining completely respectful to the life she was writing about. Because there was also a third strand, describing the trials and joys of the writing itself, I felt that I learned as much about the author as her subject.

So many to choose from! One of my absolute favourites is Stalin’s Daughter: The Extraordinary and Tumultuous Life of Svetlana Alliluyeva by Rosemary Sullivan. An engrossing and utterly compelling biography of someone I had known nothing about previously, it drew me deep into an exotic and intriguing world of political intrigue. Sullivan’s ability to integrate so much painstaking research with her compassionate narrative of Svetlana’s complex personal life is astounding.

If you are awarded the 2017 RBC Taylor Prize, how might you celebrate?

It would be an honour to receive the 2017 RBC Taylor Prize should it come about.  I would indeed celebrate, along with others, and choose to donate a portion of the prize to institutions teaching these important events of history.

The next day, following the Prize event, I will be off to Lakehead University in Thunder Bay. There I will give several presentations, and upon my return to Toronto, will give presentations at Ryerson University and Niagara College in Welland, Ontario.  I will also be participating in The March of the Living to Poland in April as a survivor speaker.  My schedule will be full of celebrations.

I will buy lots of books, go on vacation, and read them. 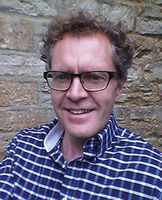 I’m far too superstitious to make any plans of that sort.

What a loaded question! I would rather not think about it unless it becomes a reality. Ask me again on March 6, if the question is still relevant then…

Having been a non-drinker for almost 25 years, sometimes it’s hard to figure out how to celebrate! I would treat a few close friends to dinner at the Grizzly Grill, the downtown Kingston restaurant where my son Alex is a cook. I would order prime rib and Perrier – and plenty of champagne for everybody else. We would finish with a round of their unbelievably delicious deep-fried cheesecake!

Max Eisen is a Hungarian Jew who was deported to Auschwitz in the spring of 1944. He is a passionate speaker and educator who volunteers at the Sarah and Chaim Neuberger Holocaust Education Centre and the Friends of Simon Wiesenthal Center in Toronto. He currently resides in Toronto with his wife, Ivy.

Matti Friedman's first book, The Aleppo Codex, won the Sami Rohr Prize, the American Library Association's Sophie Brody Medal, and the Canadian Jewish Book Award. Friedman has worked as a correspondent in the Jerusalem bureau of the Associated Press news agency, where he specialized in religion and archaeology, and reported from Lebanon to Morocco, Cairo, Moscow, and Washington, D.C., as well as Israel, the Palestinian territories, and the Caucasus. In addition to the AP, his work has appeared in the Atlantic and the New York Times, among other publications.

Ross King is the author of The Judgment of Paris, Brunelleschi's Dome, Michelangelo and the Pope's Ceiling, Defiant Spirits: The Modernist Revolution of the Group of Seven and Leonardo and the Last Supper. He has twice won the Governor General's Award for Non-Fiction (for The Judgment of Paris and Leonardo and the Last Supper). Born and raised in Canada, he holds degrees from the University of Regina, York University in Toronto and University College, London. He now lives near Oxford, England.

Marc Raboy is Professor and Beaverbrook Chair in Ethics, Media and Communications in the Department of Art History and Communication Studies at McGill University. He is the author or editor of numerous books, and he has been a visiting scholar at Stockholm University, the University of Oxford, New York University, and the London School of Economics and Political Science. He lives in Montreal.

Diane Schoemperlen is the Governor General’s Award winning author of twelve works of fiction and non-fiction, most recently This is Not My Life: A Memoir of Love, Prison, and Other Complications and By the Book: Stories and Pictures, a collection illustrated with her own full-colour collages, which was longlisted for the Frank O’Connor International Short Story Award. She is a recipient of the Marian Engel Award from the Writers’ Trust of Canada.