There is short list of literary awards in Canada that serve as reliable prognosticators of future CanLit heavy hitters. One of them is the $10,000 RBC Bronwen Wallace Award, awarded to fiction and poetry in alternating years and boasting a backlist of nominees and winners that include the likes of Michael Crummey, Madeleine Thien, Alissa York, and many more. The prize focuses on unpublished writers below the age of 35, which is the age the writer Bronwen Wallace, for whom the award is named, was when she first published. Bronwen Wallace was an incredible writer in both poetry and prose and the award was established by her close friend, acclaimed poet Carolyn Smart, in her memory.

The jury this year was comprised of writers Martha Baillie, Omar El Akkad and Ayelet Tsabari, who had the difficult task of selecting just three stories from the submissions. With three evocative and memorable short stories, the nominated writers distinguished themselves from an increasingly competitive pool with their unique literary voices.

The winner will be announced on Monday, May 28 at an event in Toronto. You can still RSVP to attend the event (deadline is May 25); event information is posted on the Writers' Trust website. You can also read all three shortlisted stories in full for free via iTunes!

Tell us about the story for which you were shortlisted, and when it was written. 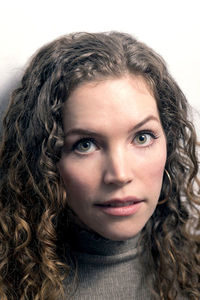 I began writing this last spring. It’s set in Montreal’s Plateau, the neighbourhood I lived in then. I’d gone to the Cinéma L’Amour for Dan Savage’s film festival, and I was drawn to its similarities to the Hôtel-Dieu, the hospital nearby. Both are these gorgeous old buildings that have been organized to accommodate, well, bodily fluids. I wanted to connect them within the story.

For years, I’ve been fascinated with stories about petnappings. On a trip to Saskatoon, I met several people who’d had their dogs stolen – one from a backyard – and held for ransom. I guess taking someone’s pet seems both like an absurd act of desperation and an act of calculated cruelty. Years ago, an old friend told me an anecdote about how his mother actively schemed to win the family dog’s love – I was left to imagine circumstances that would compel someone to be so petty (pun intended). It wasn’t until I was given a writing assignment in Michael Winter’s fiction workshop, a couple of years ago, that I realized a narrator at some distance to this drama could paint a more complex picture than if the petnapper were able to explain their motivations firsthand. I have a great deal of affection for all the characters in the story – not least, for Harald’s mother, who is ill-fated to be surrounded by prudent men.

I wrote the first draft of “The Ermine Coat” in 2014. It was the first story in what would become a linked collection. The story was twice as long as it is now, and told in chronological time. Over the next three years, I kept coming back to “The Ermine Coat,” but was never happy with it. Rearranging the time structure finally brought the story to life. There’s a fulcrum moment, with the Before and After juxtaposed throughout. The first scene of the chronology of the story—the emotional core—is the last scene presented to the reader. The protagonist is simultaneously driven by it and toward it (in her urge to recreate the event).

What do you like most about writing short fiction?

I like the constraints of the short form, but my favourite part of writing is creating characters. I love creating the world around someone. Even if I borrow places or experiences from my own life, I try to filter them through someone new. 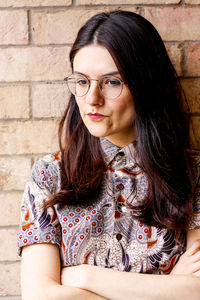 I suppose the short story’s defining feature is its length. In one sense, it gives a writer room to experiment with the form or narrative (without having to commit for hundreds of pages). But the length constraint also exerts pressure – to have to accomplish a great deal in such a short space is terrifying! A good short story is both full and free of any excess. Something about my brain takes to that kind of pressure. I have a writer friend who is seemingly unfazed by it, who produces wonderful short stories without all this hand-wringing. I alternate between feeling envious of her and feeling like she’s sort of missing out on the best part of writing short stories.

The versatility of the short story form is thrilling. A story can telescope a single moment, or span generations.

Tell us a little about where you are in your writing life currently. What does being nominated for the award at this stage mean to you?

I’m grateful for the nomination. It gives me confidence in my choice to prioritize my writing career. For the past while I’ve been freelancing while finishing my fiction manuscript. I’ve been writing so much and am happy that others have found value in my work.

It means a great deal! I can’t thank the jurors or the gods enough for slipping my name onto a shortlist with the (exceptional) likes of Ms. Brown and Ms. Reva. At any stage in their careers, I think a lot of writers have to balance more lucrative work and writing time, and many end up feeling like writing gets short shrift. We also face a great deal of rejection early on, so this kind of recognition of our efforts means a lot. 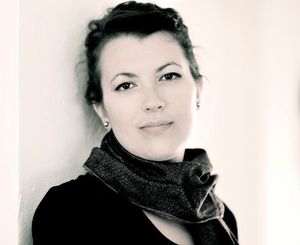 I’m about to graduate from the Michener Center for Writers, a three-year MFA program at the University of Texas (Austin). It’s a period of transition, filled with “lasts” and “firsts.” The mentorship aspect of the Bronwen Wallace award nomination couldn’t have come at a better time. What a gift!

If you were to recommend one Canadian short story to readers, what would you chose and why?

I really tried, but I just can’t pick one. Can I recommend a few collections? Nelly Arcan’s Shame, for speaking so frankly about sex and gender. Islands of Decolonial Love by Leanne Betasamosake Simpson, for her crucial and complex musical storytelling. And Yasuko Thanh’s Floating Like The Dead, for her visceral language and vast span of subject matter.

As a younger reader, I did not consciously seek out Canadian writers, but they can’t be avoided when you study exemplary short fiction – they’re masters of the form. Read “Ice Wagon Going Down the Street” by Mavis Gallant and relish its authorial command, you’re in deft hands.

"Sleep World" by Zoey Leigh Peterson. The story depicts two shifting relationships in a poignant yet funny, hopeful way. It’s set in a mattress store—what more could you want? "Sleep World" is magnificent both as a standalone and as a chapter in her novel, Next Year, For Sure.

Sarah Christina Brown’s writing has appeared on the CBC Short Story Prize longlist and is published or forthcoming in PRISM international, The Dalhousie Review, Event, Room, Cosmonauts Avenue, and Literary Juice. She is a graduate of Concordia University’s Creative Writing MA program and a former member of the Writer’s Studio at Simon Fraser University. She lives in New Westminster, BC.

Khalida Hassan is a graduate of the University of Guelph’s Creative Writing MFA program, where she completed a short story collection called Complicit for her thesis. The stories in Complicit deal with themes of surveillance and digitally mediated communications. Hassan has travelled extensively, working in development, education, and literary outreach. She now lives in Toronto, where she works as a literary assistant.

Maria Reva is currently a fiction fellow at the Michener Center for Writers based in Austin, Texas. She is at work on a linked story collection set in Soviet Ukraine. Her stories have appeared in The Atlantic, The New Quarterly, The Malahat Review, Tin House Flash Fridays, The Journey Prize Stories 29, and The Best American Short Stories 2017. Reva was born in Ukraine and grew up in Vancouver.