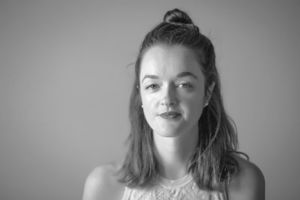 Julia Cooper's The Last Word: Reviving the Dying Art of Eulogy (Coach House Books) is part of Coach House's unique and provocative Exploded Views non-fiction series. In texts that are longer than magazine feature pieces but shorter than your average non-fiction book, Exploded Views digs into cultural issues, public figures, complex conversations, and more. It's a series that seems wildly fresh and perfectly suited to our times, while also harkening back to the golden age of literary journalism.

Cooper's The Last Word jumps into the deep end right off, tackling the biggest of big subjects: death -- and our cultural, social, and emotional reactions to it. Digging into the social codification of grieving, from an impatient imperative to "get over it" in a timely fashion to what is acceptable in terms of expression, The Last Word cuts to the bone and asks important questions about a process that is both intensely personal and socially, collectively significant.

Cooper's style keeps what could be a hard slog in terms of subject matter deft and even playful, using fiction eulogies (including those from The Big Lebowski and Love Actually) to fuel her discussion and inject a welcome measure of compassion into the question of grief.

We're excited to have Julia here as part of our Lucky Seven interview series. She tells us about the birth of the book with series editor Emily Keeler, the strange question of why we still have trouble about talking about something as universal and inevitable as death, and how great books become part of your own memories.

My new, and first, book The Last Word is about grief. It’s a part of the Exploded Views series at Coach House Press, which is now being edited by the truly wonderful Emily Keeler. This little book came to be because of Emily. She knew I was just wrapping up my PhD dissertation and was wanting to do some more mainstream writing. We met for coffee at Empire Espresso on College Street in Toronto, and a book idea was born. A signed deal came a couple of weeks later.

I’d have to say that the central question that guides my book is: since death is inevitable—absolutely sure to come—why is it that as a culture we have such a hard time talking about the grief that follows? This is a question I’ve been asking over and over, and with increasing volume, for over a decade.

The book was written in six months while I taught a literature course at The University of Toronto and continued to work on freelance film criticism for the Globe and Mail. The book did for sure change and transform as I bounced ideas and examples around with my editor, Emily. It started out as something more critical—I was interested in combing popular culture for traces of grief and our embarrassment of death—and became more personal as I wrote. Emily would say this book was about me and my own grief from the very start, but that’s not something I could see for a while.

I need to be alone—though ‘alone’ can be artificially created with earbuds if it needs to be, thankfully. I like to have my dog Lu nearby, and to write in the early morning. No one needs me early in the morning and the internet isn’t doing anything new yet.

When I’m feeling stuck or used up I pick up a book. For me, it’s important to close the laptop, to put my iPhone on airplane mode, and to read. Maggie Nelson, Marilynne Robinson, Virginia Woolf, Adam Phillips—these are the folks who help me see beyond my own blank screen.

A great book imprints its images into your mind so that years later you’ll confuse it for personal memory. There are some fictitious locations that I’m sure one day when I’m old and my marbles have been lost I’ll swear I’ve visited. These descriptions are truly great when they give you the texture and cadence of a place—the sounds, the scent, and the tension in the air. Zadie Smith is a master of this, Toni Morrison of course, and Carson McCullers who I’ve felt has never really gotten her due.

Julia Cooper has written for the Globe and Mail, the National Post, and Hazlitt magazine, among others. Based in Toronto, Ontario, she recently completed a PhD in English Literature at the University of Toronto.

A lively examination of why the modern eulogy should rest in peace.

Finding the right words to reckon with a loved one’s death is no easy task, and the pressure to grieve in a timely fashion only makes the difficulty of saying a meaningful goodbye that much harder. We are continually instructed to contain our grief to a limited period, to promptly ‘get over it’ and return to business as usual – is it any wonder that, when the moment for speaking directly to death arrives, we so often grasp at clichés in order to avoid examining our sorrow?

In turning a critical eye toward the act of eulogy, Julia Cooper manages to perceptively, even playfully, create a new space for the bleak act of mourning. Examining fictional eulogies in The Big Lebowski and Love Actually alongside teary speeches at celebrity funerals and reflections on mourning from Roland Barthes and Jacques Derrida, The Last Word is a light in the dark. Braiding her delightful, lively cultural analysis with her own personal experiences of loss, Cooper makes a stunning and compelling case for a more compassionate approach to grief.