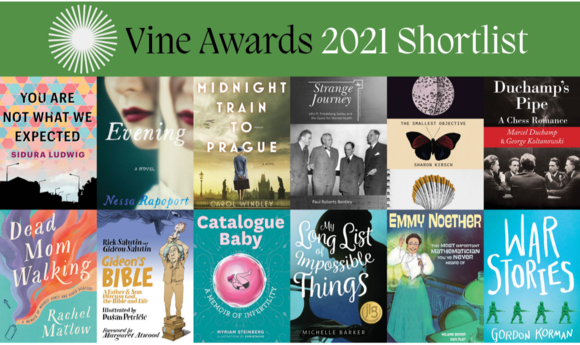 Yesterday, The Vine Awards for Canadian Jewish Literature announced their 2021 shortlists, with authors up for awards in four categories, honouring Jewish Canadian writers or writers of any background engaging with Jewish themes in their work.

Jewish literature in Canada has a long and rich legacy, with beloved and decorated writers like David Bezmozgis, Matt Cohen, Anne Michaels, and, of course, Mordecai Richler, to name just a few.

Each winner in the four categories will receive a $10,000 prize, with the winners announced at an online event on November 23. All four winners were selected by jurors Zelda Abramson, Nathan Adler, and Naomi K. Lewis.

Stay tuned for more information about literary prizes throughout the season on Open Book.