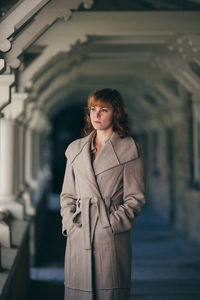 Dani Couture's fourth full length collection of poetry, Listen Before Transmit (Wolsak & Wynn), plunges readers into the unmistakable poetic voice that has earned Couture numerous honours during her career (which include the ReLit Award, a nomination for the Trillium Award for Poetry, and an honour of distinction from the Writers’ Trust of Canada’s Dayne Ogilvie Prize, to name a few).

Haunting, stark, and powerful language and imagery fill a collection that feels wise, subtly witty, and exquisitely crafted by a poet at the top of her game - a broadcast of yearnings both distant and startlingly close. Helen Humphreys called Listen Before Transmit "A beautiful and accomplished collection," and we are excited to welcome Dani to Open Book today to talk about this newest work through the lens of our titled-obsessed interview, the Entitled series. She tells us about the fascinating meaning of her new title, the strangest place she's found inspiration for a title, and why you might want to consult her library during the zombie apocalypse.

The term “Listen Before Transmit” or “Listen Before Talk (LBT)” comes from radio communications. It’s a contention-based protocol. I read it best described as when “radio transmitters first sense [their] radio environment before [starting] transmissions.” It is, in a loose sense, protocols for engagement when communicating. Waiting for a good moment. The right one. And, of course, listening.

Some of the poems in LBT are in conversation with each other, while others are pauses within those conversations. Some poems listen to their surroundings while others are transmitting hopes, desires. While I cannot recall how or where I happened on the term, I’m grateful for it and how it informed the later stages of the book and how the poems were ordered.

Where is the most unexpected place you’ve ever found inspiration for a title?

Taxonomic ranking as a way to consider the impact of the amputation of my mother’s right leg.

More and more I’m beginning to realize that what I think the function of anything is either more or less than what was intended. And functions can change. Titles are similarly chameleon in nature. They can act as the rod from which your poem is hung. Titles can come at the poem slant to increase tension. They can act as a slippery first line that you can’t quite hold onto along with the rest of the poem, your mind separating it from the poem and adding it back to it in intervals as you read.

Mary Ruefle wrote on Paul Valéry’s perception of first lines in her essay "On Beginnings": "...like finding fruit on the ground, a piece of fallen fruit you have never seen before, and the poet’s task is to create the tree from which such a fruit would fall." I’ve carried that image since and have also tried to consider the vine, the bush, the plant such fruit could come from. Not everything on the ground has fallen.

In the end, a title is a place to start that isn’t necessarily at the beginning.

So many and for different reasons. I love book and poem titles with numbers, with names. Paterson’s 40 Sonnets, Berryman’s “Dream Song 1”, Hernandez’s  “Comment Thread in Response to ‘100 Best Flowers of the Year.’” Komunyakaa’s “Eddie, the immune,” Whittall’s The Emily Valentine Poems, Robertson’s Debbie: An Epic. Titles that feel as if someone specific is being addressed: Ross’s Hey, Crumbling Balcony, Ziniuk’s Whatever, Iceberg, Riley’s Say Something Back. Single-word titles that hold so much: Rankin’s Citizen, Salazar’s Guzzle, Arcan’s Exit, Sharif’s Look, Blythe’s Twoism. Whitehead’s Full-metal Indigiqueer, Różewicz’s Sobbing Superpower, and Hoshino’s We, the Children of Cats are titles with their own special magic. I could go on. I have a forever fondness for titles as instruction or information. Baille’s The Incident Report and the title of every survival and guide book, of which, I own too many. Several poems in Listen Before Transmit are reports and the titles reflect that. Two reports on the raccoons on Fern Avenue. A report on the bright spots on Ceres.

They can be meaningful to the writer and act as a touchstone. My last collection of poetry went by a single word: yaw. That one word gave me a motion of a ship and a god of the sea. It gave me literal chaos and the maneuvers to avoid it. It also provided me with a significant third meaning, but one I kept for myself. Sometimes single-word titles are as much for the reader as they are for the writer themselves.

A novel with no title. At least no title yet. That’s not entirely true. In the seven years that I’ve worked on this story through its countless evolutions, I’ve cycled through a half dozen working titles. As the story changes, so does the title to accommodate the turn in direction. Since the subject matter of the novel is so familiar to me, it only seems fair that the title is elusive. When it comes, I’ll consider it a good omen the story will finally find its end.

Dani Couture is the author of three collections of poetry and the novel Algoma. Her work has been nominated for the Trillium Award for Poetry, received an honour of distinction from the Writers’ Trust of Canada’s Dayne Ogilvie Prize for Emerging LGBTQ Writers and won the ReLit Award for Poetry. Her poems have appeared in publications in Canada, the US and the UK, and in several editions of Best Canadian Poetry in English.

Dani Couture’s latest poems are transmissions that travel across the cosmos and the spaces we live in, as well as within the more intimate distances we navigate between one another. Distances we hope to bridge with contact, often to profound or disastrous effects. With language rooted in science, sociology, memoir and aesthetics, she questions the limits of our bodies, both human and celestial. Like the subtle cues we lend one another and the hopeful messages we send into deep space, these poems broadcast our greatest aspirations and vulnerabilities.