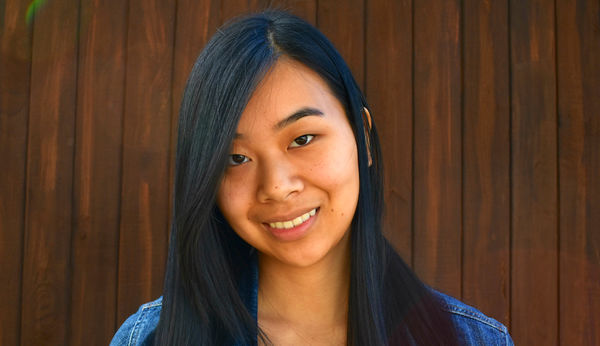 Winning the CBC Poetry Prize is a huge feat for any Canadian poet, but 2018 winner Natalie Lim has added an extra layer of impressiveness to her achievement: her winning poem, "Arrhythmia", is her first-ever published work.

A jury composed of poet Jordan Abel,writer and social worker Kai Cheng Thom, and singer and songwriter Ruth B., praised Lim's work, calling it "a haunting lyric tribute to the love that endures across borders, time, and loss of language. Sweeping across the oceans of cultural difference that divide the generations of the Chinese-Canadian diaspora, the narrator speaks in both English and remnants of her ancestral Cantonese to give voice to a story too often unremembered in the colonial narrative of Canada’s creation. With deft precision and arresting emotional depth, Arrhythmia is both grand and intimate in scope, evoking at once the stories of Chinese labourers on the Canadian Pacific Railway and the complex relationship between a grandmother and granddaughter who do not speak the same tongue. Lovely, mournful, and hopeful all at once, Arrhythmia is a poem that does honour to all the ancestors who dreamed that their children might find a better life in the land the elders once called Golden Mountain."

Lim's prize will consist of $6000 from the Canada Council for the Arts and publication on CBC Books. She will also receive a writing residency at Banff Centre for Arts and Creativity.

Lim, who lives in Vancouver, is a poet, occasional musician, and student in the School of Communication at Simon Fraser University. You can read "Arrhythmia" on the CBC Books website.

The other finalists for the prize, selected from thousands of submissions, will each receive $1000 from the Canada Council for the Arts. They are: Sanita Fejzic (Ottawa, Ontario) for Mother; Neil Griffin (Victoria, British Columbia) forCanadian Immigration Services Citizenship Exam; Julie Mannell (Toronto, Ontario) for Phone Sex with a One Time Lover on the West Coast; and Bola Opaleke (Winnipeg, Manitoba) for The Autobiography of Water.