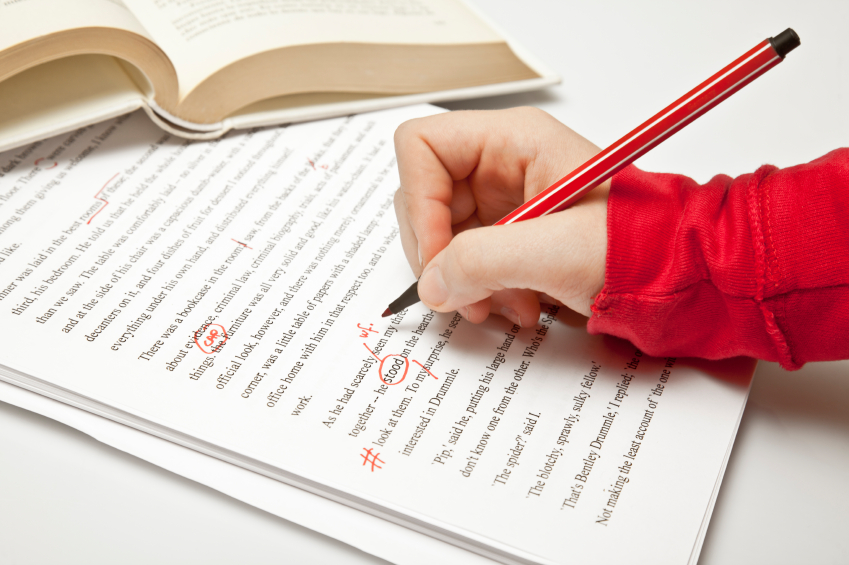 We are back with part two from guest columnist, and top-notch editor, Jen Knoch. Jen dropped some wisdom about the editorial process last month, and has much more to share with our readers, and any and all emerging writers who are interested in what goes into this crucial stage in publishing a book. Jen has more very valuable nuggets in part two, so we'll step aside and let her share her knowledge with you lucky readers...

If people think of editors, I think they picture some variation on a writer with a red pen in hand, focusing on crossing out instead of scribbling down. (When you think of editor-me, feel free to cast a female version of Jude Law’s character in The Holiday.) But the truth is editors are as focused on the writer as on the text, because it’s ultimately the writer who has to make it all happen: editors are just there to ask questions, make suggestions, and offer encouragement. Which can be trickier than you’d think when every writer is different. In my editorial career I’ve had more relationships than the Bachelor, each with a different flavour — some coolly professional, others with a ride-or-die candor — but all of these were suited to the writer. Editors are pretty adaptable but, even so, I thought I’d share some things authors can do to help keep that relationship in the honeymoon phase.

Do you like frequent deadlines? (And can you be trusted to keep them?) How hands-on would you like your editor to be? (Some writers want to find their own solutions, others want editors to show them each step of the way, or even do it for them.) Do you like to talk on the phone or by email (and do you check your email often)? Do you prefer to work on paper and think Track Changes is a blight on humanity? Do you prefer a gentler approach or are you into tough love? Establishing these things up front can remove some of the guesswork of working with a new person and make things easier on everyone.

Your editor is a partner, not an employee

(The same goes with publicists, and any other employee of a publishing house, by the way.) This isn’t a problem often, but when it is, it can mean instant (and lasting) bad blood. Give your editor the consideration you’d give a business partner or a spouse: Do your best to meet their expectations (or give a head’s up when it’s not looking realistic) and always remember that they they’re also juggling other writers and projects.

Editing is always a conversation

Editors aren’t oracles. We don’t cast our eyes over a piece and instantly know exactly how it should be. We’re more like carnival fortune tellers, trying to get writers to discover what they might already know. Good editorial guidance often confirms something a writer may have suspected already. The editorial process should feel like a collaboration, and for me the most exciting part of the process is when we can build on one another’s ideas. That said, generally the author should have final say.

Editing can feel vulnerable too

I usually start my substantive editing with a big letter, and without fail I’m nervous sending it. What if the author doesn’t like my ideas? Or worse, what if they’re offended or angry? What if they’re not willing or able to do the work? These things rarely happen, but no one ever said anxiety was rational. Getting an edit can be overwhelming, and you may need some time to think things over, but firing off a quick note to let us know you’ve got it and you’re working on it can make things easier.

Being an editor is a labour of love

Writers aren’t in it for the money or the glory, and neither are editors. Many editors do their editing outside of office hours, since meetings and administrative tasks eat up in-office hours. So often when they edit, they’re working overtime. They’d probably really like to watch The Handmaid’s Tale or spend time with their families, but instead they’re doing unpaid labour because they believe in your book, because they believe in you. So when you’re cursing your editor’s name for suggesting another round of revisions, know they’re committing more of their time and energy too, and some TV show is definitely going to get spoiled for them.

It’s nice to be appreciated

A good editor’s labour should be invisible, and only the two of you will really know what the editor contributed. I don’t know any editor who is in it for recognition, but I don’t know any who dislike it, either. Saying thank you and recommending them to other writers are nice ways of showing your appreciation. Showering with gifts is not discouraged.

That'll do it for Jen's excellent series on the editorial process, and we hope that you've enjoyed reading about this from the perspective of a professional editor, with a wealth of publishing knowhow. If you want to keep up with Jen's book news and soap-making, you can follow her here: https://twitter.com/jen_knoch

Jen Knoch is a senior editor at ECW Press. She has a decade of editorial and publishing experience and has worked with authors including: Neil Peart, Douglas Gibson, Catherine Gildiner, Malka Marom, Josh O'Kane, Alexandra Grigorescu, and Kevin J. Anderson. She is also the co-author of bestselling non-fiction titles for middle grade and young adult readers, some of which explore Taylor Swift. When she is not editing or writing, Jen spends her time as a triathlete, runner, yogi, gardener, and maker of fine soaps.