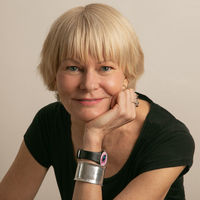 Catherine Graham is known as a decorated writing instructor and poet (indeed, her most recent collection, Æther: An Out-of-Body Lyric, was just nominated for the Trillium Book Award and recently won the 2022 Fred Kerner Book Award), but she is also a talented novelist, with her first novel, Quarry, being nominated for several prizes and becoming a book club favourite for its thoughtful, aching exploration of family, loss, and girlhood.

Now Graham has returned with a second novel, The Most Cunning Heart (Palimpsest Press), and five years after Quarry, it's clear she's only gotten even bolder and more powerful as a prose writer. Set in the early 90s, the novel follows Caitlin, who leaves Canada in a fog of grief after her parents' deaths, for Northern Ireland. Her parents' passing revealed secrets she'd never known, and against a backdrop of cold sea and political turmoil, Caitlin enters into a love affair, a complicated—and at times unkind—literary social circle, and a transformation that has been long in coming.

We're excited to share an excerpt, courtesy of Palimpsest Press, from this elegant, tough novel, which explores creativity and identity, grief and family. Here we meet Caitlin as her toughminded landlady introduces her to her new surroundings, including a "fairy" tree and the locals' curious mix of disdain and lingering belief in otherworldliness; a mix that mirrors Caitlin's own multifaceted nature.

Excerpt from The Most Cunning Heart by Catherine Graham: 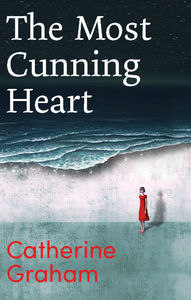 I was quiet on the drive to Larne. The morning rain had ceased but the sky was low and misty. Little rain-beads clung to the stillness of things like oval birds hanging upside-down on wires and branches. They jewelled the hedgerows with sunlight that wasn’t there.

Mrs. Petty was slick with her stick shift. She used it like an extension of her wiry body. She lived alone in the farmhouse that faced land, not water, despite the stunning sea view. On a clear day you could see Scotland, the Mull of Kintyre. My mother’s side came from the Isle of Mull. They left everything they knew to farm the craggy fields near Owen Sound.

The sea held liquid beauty, but land was the prized possession. Water was for traffic. It couldn’t be claimed, parcelled out, divided. I’d witnessed the soldiers roaming the streets of Belfast my one visit there since my arrival. Dressed in army fatigues and carrying rifles. Manning armoured tanks. Once inside the gated City Centre—from Boots to Marks & Spencer—security guards stood at doorways demanding, with a casual nod of the head, all incoming shoppers open up their bags and purses for inspection. Would it be that easy to find a bomb, I wondered? Despite the hostility of these daily intrusions, locals took them with ease. They had become a way of life.

Mrs. Petty was a widow now and her children grown. “They’ve gone away to America,” she told me. “One east coast, one west. Makes for a challenge with visits, I tell you. That’s why I have them come here.”

She ran the farm with the help of hired men. No cattle or horses, just sheep. Chickens clucked around the gravel driveway. I’d seen her tossing them feed. She was always doing something. “Stop and that’s when the mischief comes in.” So I knew she didn’t believe in poetry. She was a businesswoman underneath that housewife demeanor. She liked that I paid a good sum for rent. Having the House of Poets here on Islandmagee, an island-that-wasn’t-an-island, provided a nice supplement to her tidy income.

Welcome to Loyalist Larne, read the sign on a brick wall. The image of a man with long curly white hair sitting on an upright horse, as if ready to charge into fight, was saturated with primary colours. In-your-face colours.

I looked down at the curbstones painted in patterns of red and bright blue. “No orange and green here,” she said proudly.

You mean no Catholics, I wanted to say.

Mrs. Petty, like most residents of Islandmagee (except Benny and Janet), went to church on Sundays: Presbyterian, like Nana Florence’s church in Owen Sound. God was something to fight over, claim. I looked up. Rays of light poked through the clouds like strings from an instrument. But who was playing whom?

Good fences make good neighbors, wrote Frost. But that only worked when both sides were content with their territory. Power was King, not God. More was better, always.

I thought of a dog marking its territory with drips of blue and red paint. The visual stench of it. Beware. You’re not wanted here.

“Who was King Billy?”

“Goes back to 1690, the Battle of the Boyne.” She turned into a parking lot and headed to a block of tall elms. “My secret spot,” she said, switching off the engine.

I waited for her to say more but she didn’t. She pulled some thick plastic bags out of the boot and saw me eyeing them. “To put the messages in.” She handed me one.

Messages meant “groceries”; I knew that now. The meaning had revealed itself, finally. I was learning to wait for the revelation of things.

Patience and timing, Mom used to say, sewing quilts and crafts in her corner nook. To ask was to admit weakness, vulnerability. I didn’t want Mrs. Petty to know what I didn’t.

I decided not to go to the Co-op first. I didn’t want her eyeing my “messages.” I went to the drugstore instead—the “chemist”—to buy toiletries and tampons. The shelves were crammed with brand names I didn’t recognize, but eventually I found what I needed.

Outside the shop, I was about to turn right but something pulled me the other way. I headed through a low-lit tunnel and once through the narrowing passageway, I discovered kiosks selling items not found in bigger shops. Candles. Knicknacks. Crafts. The one selling jewellery caught my eye.

The pieces on display were modern and stylish with an uncanny quality, as if I’d seen them before (but where?). I fingered a heart-shaped necklace and while doing so, I realized it wasn’t one heart but three. They were layered like plates— small, medium, and large—joined by a knotted black cord. Tiny holes were drilled into each to link them as one. Pink, then blue, and the largest—slate grey—was almost black.

“Feel free to try it on,” said the store clerk. Her blonde hair was bunched on top of her head like cotton candy; I could feel its stickiness like heat. She held up an oval mirror.

I slipped the knotted black cord over my head. The hearts were cold on my skin, a soft clacking when I let go. “Little nests,” I said, gazing at my reflection. For a moment I forgot she was there. I usually avoided trying things on in public. I needed to hide to see.

“It’s the only one, and oh, it looks brilliant on you. Where you from?”

“You seemed too nice.”

She tucked the necklace into a small brown bag. “Enjoy the trinity,” she said.

On the drive back to Islandmagee I noticed a solitary tree in the middle of a field; a pile of stones surrounded its base.

“What’s there to believe?” I was curious to know the magic.

“It’s the entrance to the otherworld. To cut down a fairy tree is to bring bad luck. Even to touch one, well, why would you want to go and touch a tree in a field? Unless you were a bit daft.”

“It doesn’t seem practical leaving it there.” The people of Islandmagee—Protestants from what I could tell—were the no-nonsense type. Clearly, some superstitions lingered.

“Andy Evans wrote about them. Or was it Benny? Maybe both. It’s the real estate of the poet, if you ask me. Fairies.”

Off with the fairies, I’d heard people say, rolling their eyes.

“That fancy car manufacturer, DeLorean, chopped one down outside Belfast to build his automobile factory.” She smirked. “The place didn’t last. Brought on his own demise, so he did.”

“It’s hawthorn, right? We had them at the quarry.” Springtime they blossomed pure white but the branches were studded with thorns. I had to dodge them while cutting grass with Dad’s push lawnmower. Sometimes a miscalculation led to scrapes.

She pulled into the gravel driveway and looked at me. “Well, aren’t you the one, then.”

Catherine Graham’s debut novel, Quarry, was a finalist for the Sarton Women’s Book Award for Contemporary Fiction and Fred Kerner Book Award and won the Miramichi Reader’s “The Very Best!” Book Award and an Independent Publisher Book Awards’ gold medal for Fiction. She is the author of seven acclaimed poetry collections, including Æther: An Out–of-Body Lyric, a finalist for the Toronto Book Award and The Celery Forest, a CBC Best Book of the Year and finalist for the Fred Cogswell Award for Excellence in Poetry. Her Red Hair Rises with the Wings of Insects was a finalist for the Raymond Souster Award and CAA Poetry Award. Her poetry is anthologized in The Field Day Anthology of Irish Writing, Vol IV & V and The White Page/An Bhileog Bhan: Twentieth Century Irish Women Poets and she was a finalist for the Montreal International Poetry Prize. Publications include: Joyland, Poetry Daily, Poetry Ireland Review, Gutter Magazine, The London Reader, Arc Poetry Magazine, Exile Magazine, The Ulster Tatler, The Malahat Review, Glasgow Review of Books, Verse Daily, The Fiddlehead and more. She teaches creative writing at the University of Toronto where she won an Excellence in Teaching Award. A previous winner of the Toronto International Festival of Authors’ Poetry NOW competition, she leads their monthly book club and interviews for By the Lake Book Club.

The Most Cunning Heart

In the early 1990’s, Caitlin Maharg, grieving the loss of her parents, leaves everything she knows in Canada for Northern Ireland to pursue her love of poetry while living in a cottage by the Irish Sea. Feeling like a child again in a distant land still affected by the Troubles, she is haunted by the secrets her parents’ deaths unearthed. In her longing for emotional closeness, she befriends Andy Evans, a well-known poet with a roguish charm. Their attraction soon leads to a love affair. Flouting the paisley headscarf of respectability, she plunges into a relationship that gives her an entry to the literary world, but at a price. Filled with insights into grief, longing and creativity, The Most Cunning Heart is a novel about how a quiet heroine learns to navigate deception, love and loss.