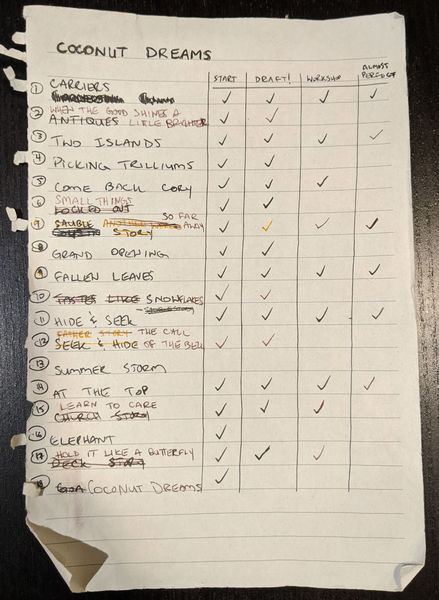 I found this piece of paper recently. I’d made it many years back and stuck it to my wall when I was trying to get organized with my linked short story collection, Coconut Dreams.