In March 2021, my house was completely destroyed by fire. Thankfully, I wasn’t home at the time.

Although the fire incinerated only one floor, the smoke and soot travelled everywhere, including via the firemen’s heavy boots as they ran up the stairs with their axe chopping holes in the walls to ensure no sparks flew unseen.

Smoke and soot are carcinogenic, so the entire house had to be ripped back to the concrete blocks and my possessions thrown away.

The books collected since childhood – very difficult to lose. The one piece of my late grandmother’s jewellery I owned – heartbreaking. The furniture and furnishings – not such a big deal except for all the time I’d spent renovating the previous six months after a flood. (Yes, I know, what’s next, locusts?)

The clothes, they were a right off. 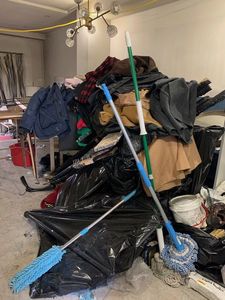 It’s a strange experience to sit on your front step for hours and watch a team of adjusters in hazmat suits ferry your closets’ contents into broad daylight, in front of the gawking passersby, some of whom point and laugh at your charred home.

Meanwhile, you fight back tears and answer when and where you bought everything, so insurance can calculate the depreciation on your fat clothes and your thin clothes, your high-heeled suede boots and your wellies, that vintage Dior purse you scored at the consignment store on Cumberland and the camel coat that’s seen better days.

The lead adjuster, Angela, was extremely kind. At the end of the week, she sent me the fifty-two-page inventory list to review and said very gently, “perhaps you don’t need to replace everything?”

Because in truth, I was a bit of a shopper. One who stored her shoes in their boxes and coats in garment bags and hung most things to dry, increasing their life span. The clothes looked new; thus, my contents settlement was surprisingly large. You collect far more than you realize as the decades pass by.

Losing everything, especially in mid-life, prompts a re-evaluation of attachment and priorities. I hived off half the settlement money into a marketing and travel budget to support my novel’s launch and decided to join the slow clothes movement. To buy far fewer things of higher quality from local artisans, contributing more to the local community and less to a landfill site.

In doing so, I embarked on cooking myself a new look. I was in the mood for reinvention. I had worked hard to set up a fall book tour in Canada, the US and UK (I was yet to know most events would move online or cancel) and I wanted clothes that would make a statement, give me confidence, and be fun.

I found Shernett Swaby and her inner rebel clothing line on Queen Street West. As an independent designer who sewed every piece she sold, she’d learned at the side of her seamstress mother. Shernett was working hard to keep her business afloat during the pandemic. I admired her talent and her tenacity. 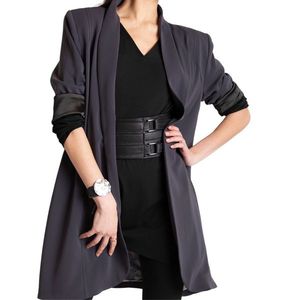 I also found the amazing duo of Cathy and Lori. Their Call and Response clothing had dressed Prince for the last five years of his life. (They continue to produce his estate’s branded clothing lines). They work mainly with artists and musicians to create interesting and dynamic pieces that will also fulfill the functional needs of performance. 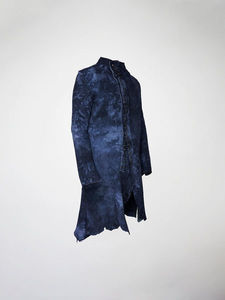 Sitting with Cathy and Lori on their second floor sewing studio on Queen Street West (they design and hand-sew everything), I talked about my dreams and hopes and worries. About the vulnerability I felt launching a new career in mid-life, and the insecurities that many women find nibble at their feet.

We laughed and explored how I would present myself anew now I was free to re-imagine.

And isn’t that we all hope for through our writing? To inhabit new characters, new storylines, new worlds? To have our work surprise and challenge and entertain, both ourselves and others?

It’s something to be grateful for, this world of writing and art. Like all great presents, you wonder about your worthiness to receive it. About where it came from and could it be snatched away.

Unknowable: there are no guarantees. So, sometimes you just need to cook yourself a look. To slip on the attitude. To walk with confidence or its doppelganger until the confidence itself appears.

In Hamlet, Shakespeare wrote “apparel oft proclaims the man,” translated in modern times as “clothes maketh the man.” I don’t know about the man, but as I slip on my blue suede jacket or belted dress, I slip on the strength of the women who created them. I slip on the power of the narrative.

And out into the world I go.