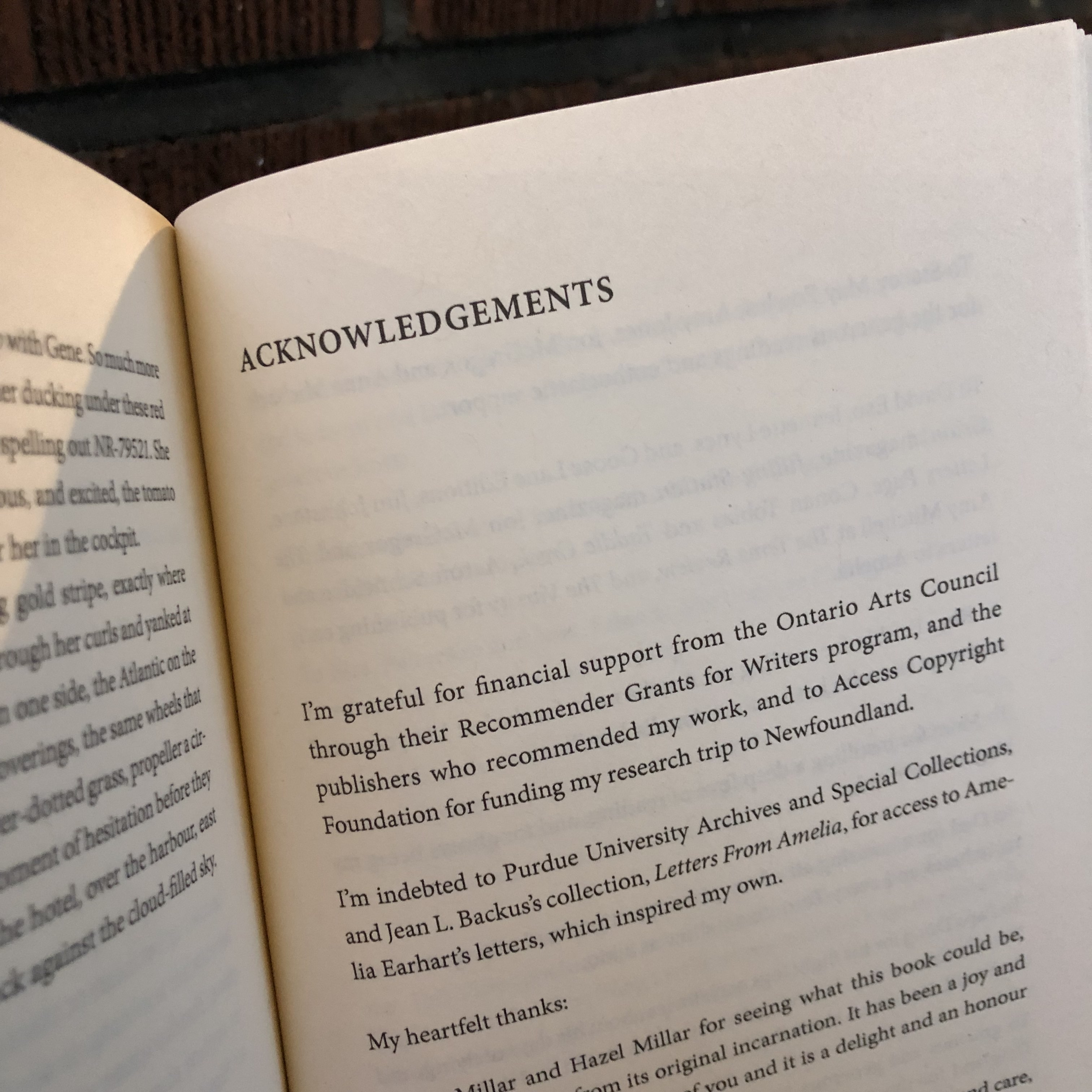 The first thing I do when I start reading a book is read the acknowledgments. I like to know where the book I’m about to read came from, and all the people who helped the author along the way. I love the pacing of them—the formal grants and institutions thanked up front, along with publishers and agents, followed by, my favourite part, the friends and family section. I love reading these paragraphs about strangers I will never know, and yet are so integral to the book I’m holding. Would the book exist without them? It’s like looking at a map of a city you’re going to travel to before you get on a plane.

I started my acknowledgments page long before Letters to Amelia was a book, when it was still a bunch of word documents scattered in my documents folder with nonsensical file names. Books take years to write, at least mine do, and I was afraid I’d forget people who had helped along the way. At first it was a list of people I wanted to remember—the editors who had published early versions of my Amelia letters before it was anything close to a novel, the helpful archivist in St. John’s, the Newfoundlander who gave me the best swimming hole tip, the name of the woman who hosted me on a long-ago residency in rural Saskatchewan—but even before I signed my contract with Book*hug, it became less of a list and a more formal acknowledgement page.

I returned to it again and again while I was writing—every time someone else helped me out with an early reading, or a library tour, but mostly when things weren’t going well on the writing front. When I was stuck figuring out how Grace was going to come across Amelia’s letters, when I was trying to figure out relationships stuff with Grace and Jamie, when Grace was hesitant about telling her parents her big news when she went home for Christmas—that’s when I’d return to the thank you document I kept on my desktop. I’d read through what I’d written so far, and add in another high school teacher, or switch around thank yous in the first sections. It was a touchstone, a reminder of all the people who had pitched in. It helped me feel less lonely in those early mornings, typing away (or staring at a blank word doc) before the sun rose.

AMELIA THANK YOUS.docx was my hope and belief that this project would be published embodied in a word document.

Sending the acknowledgments page is one of the last things I sent along to my publisher, and even though I’d been writing it for years, I still spent more time tweaking it, and triple checking I had spelled names right. It was the first things I read when I received my author copy and I promptly burst into tears. Pages 277-280 confirmed that all of that hoping and wishing and believing had all come to fruition. Even more than the cover, the spine, the end papers (god, those beautiful end papers!) it was the thank yous that made it all feel real.