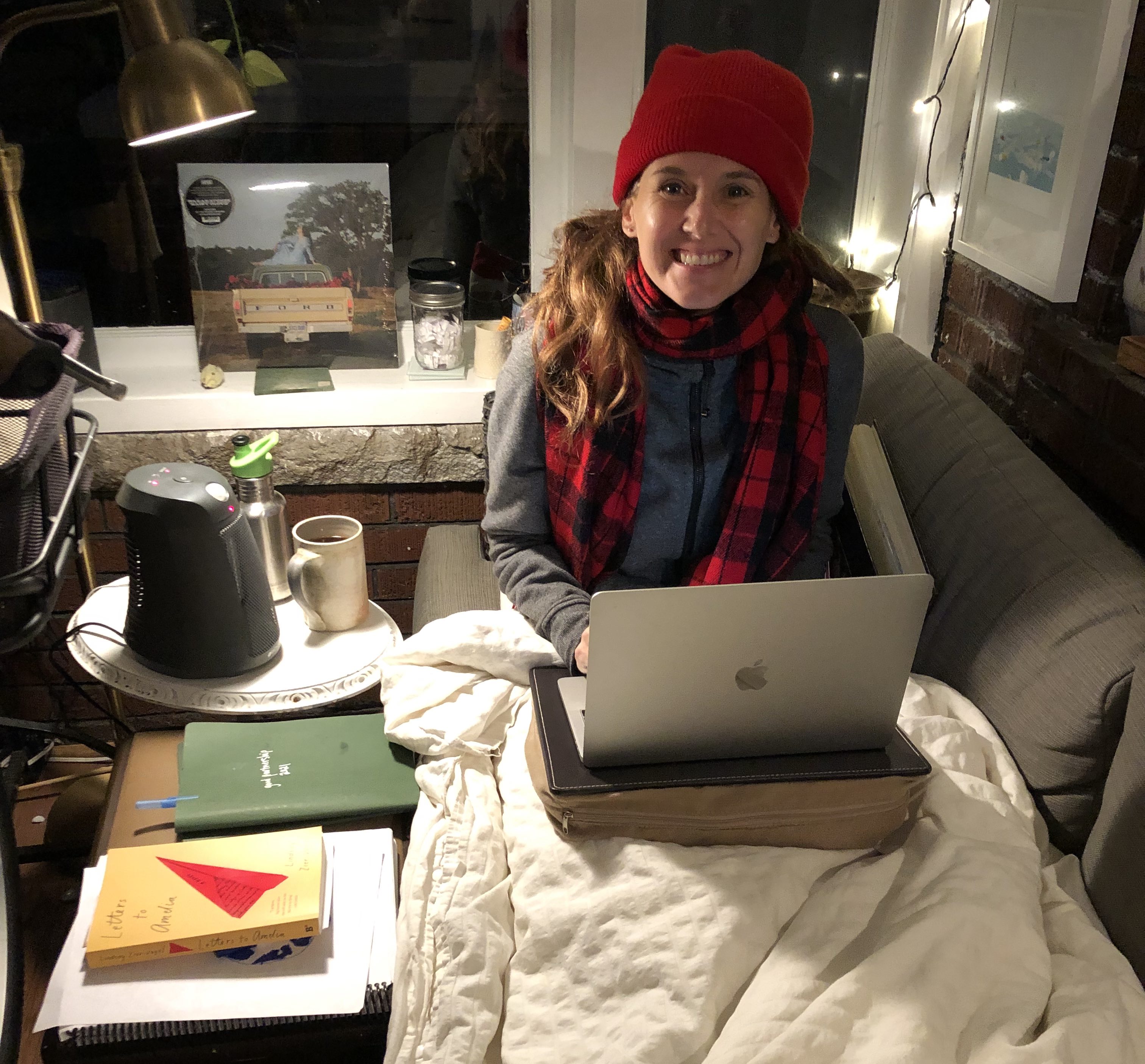 For years I believed I was only a writer if I wrote every day.

I would wake up early and take my laptop to the coffee shop nearby and sit in the corner and write. Words and words and coffee and more words every morning while the sun rose. And then I’d head off for the day at my office job, buoyed by the 600, 800, 1,000 words I had written while my co-workers were still sleeping. I felt a smug arrogance about my work ethic. It’s how I defined myself. I didn’t have a novel published, but I was writing every day. Rejections slid off my back because I WROTE EVERY DAY. Every morning. I was a writer because I wrote every day.

Except the novel I was writing was going nowhere. I didn’t know that, because I never looked up long enough to see that. I just kept plugging away, morning after morning, document after stubborn document. I edited and re-edited and wrote and re-wrote this book about a lifeguard who was scared of the lake she guarded that was never actually closer to being done.

I didn’t stop to think about whether writing brought me joy, or if I even liked it. I wrote because I was terrified not to. Who was I if I wasn’t sitting in the corner of that coffee shop with my Americano at my elbow?

And then I had a baby and still kept writing every day because my hold on being “a writer” felt even more tenuous post-partum (more about that here!) And then I heard an interview with Sarah Selecky about finding joy in the writing process and it was a revelation. It truly hadn’t occurred to me that joy could be part of the process. I saw writing as a task, as something to tick off my to-do list, like finishing an essay for school, or completing a job at work. I felt accomplished when I had done it. It contributed to my sense of self, but joy had never been part of my writing routine.

So, I stopped making myself write every day. I stopped writing when I was sick or exhausted, or on holidays, or when my heart was broken, and I started looking for joy. Not that every time I sat down to write I was filled with heart bursting emojis and fireworks, but I felt joy when I decided to sit down at my laptop.

I finally saw that my lifeguard novel wasn’t ever going to be what I wanted it to be. It wasn’t easy to let go of a project I’d been working on for so long, but there was no joy in it.  I tucked it away in my documents folder and started to believe that even if I didn’t write every day, I could still be a writer. I was a writer if I sat down whenever and followed my curiosity. I was a writer even when I wasn’t writing, and it was a revelation.