Always trust your editor, she reads your words, your inner thoughts – she knows you well. That’s why, when my editor handed me a copy of Nadia Bozak’s newest book, Thirteen Shells, (“I don’t know, I think you’ll like it. You two have a lot in common...”) I knew I should read it right away.

She was right, of course. I did like it. Nadia writes beautifully and she’s not shy about awkward moments. Awkward interactions, messy thoughts, the matter of learning to live – these are a few of my favourite things. The stories felt very true to me.

And we do have a lot in common. We grew up on the opposite sides of this continent, but we were shaped by the same zeitgeist, our parents were similarly motivated to craft their own path, taking us along with them.

I’m so glad that I read Shells, and that I’ve had the chance to get to know Nadia a bit since. I am delighted that I had the chance to ask her a few questions about where the book and life intersect. I hope you enjoy reading them.

You and I had different childhoods, but we both grew up a bit on the fringes of society. How did that inform the development of Shell’s character?

Like Shell, I can remember being very aware of the differences between my family and those of my school friends—in terms of class, lifestyle, political affiliation, the list goes on—though I badly wanted to blend in with the other kids who I viewed as being “normal.” Shell is also keenly tuned in to such differences (between herself and others and between other characters as well). Making sense of difference motivates Shell as a character and accounts for the conflict she faces. I think probably most humans living in secular societies feel outsiders at some point in their lives; Shell embodies this tendency and makes it tangible through the form of each story.

Shell treasures tiny objects that cue her memory, sometimes of better times. Do you have a cigar box (or something equivalent) of your own, full of memories of your youth? Can you tell me a bit about what’s inside it?

I do have one very special receptacle: it holds treasures and is a treasure in itself. When I was about seven or eight my mom brought home a child’s miniature steamer truck from a garage sale. This steamer trunk probably dates from the 1940s. It’s so beautifully detailed, complete with leather handles, metal hinges, stickers for the North Pole and Australia; the interior is lined with decorated paper, and there is even a removable shelf where you might pack your travel documents. If that was not enough, it was stuffed full of antique doll clothes, including a velvet jacket and muff, wool dresses, lace dresses, a feather cap. It was the greatest material gift I have ever received, so laden with history and possibility—and it was all mine. The clothes are gone now, having been slowly destroyed by my clumsy childish handling, but I have been carrying the trunk around with me ever since. It’s under the window in my office. Inside are my most precious objects, including my dad’s childhood cap gun, my grandmother’s set of jackknives, key chains from Tokyo and Miami Beach, a set of amber buttons, shells from places I can’t remember anymore. But, truly, the best part of the trunk is the smell, toasty with age. I open it only rarely. That’s on purpose – leaving enough time between openings helps me forget what is inside. So when I do unpack its treasures—once a year or so—I am filled with surprise and nostalgia, discovering each treasure anew.

You have a daughter now. What aspects of your childhood are you carrying forward intentionally into the process of raising her?

I was plagued with low self-esteem and felt extremely conscious of my appearance. Such feelings were horrible, at times debilitating, and never properly dealt with. On my list of priorities as a parent is to ensure my daughter avoids the same fate. Body image issues don’t end with “awkward” adolescence, but extend on into adulthood. My daughter, all daughters, should not suffer this way. I’m not sure yet how I will accomplish my goal—but I will. I suppose just being aware of it, as I am, is the first step.

Are you already thinking of how to curate the stories you’ll tell her, growing up, about your own childhood? Does something rise to the surface?

My partner and I joke how we will tell our daughter about the analog world we grew up in, including rotary phones and paper money, print encyclopedias, tossing glass bottles right into the trash. What is not so fun will be telling her about how degraded her biophysical environment is compared to the one we grew up in. The anxiety we feel about the planet she will inherit is very real. So I will tell her about canoe camping and gardening, frosty skates on the local pond, and ensure that her education includes interacting with, understanding, and respecting her environment, in all its forms.

Did writing this book affect your hopes for your daughter, and did your plans to be a mother affect how you portrayed Shell?

I wrote these stories several years ago now, before my daughter was on the radar. However, as I went through the editorial process this past winter – when she was just a scrawny newborn – I realized an important lesson in this book, one I had not been aware of before: just how much my parents loved me and my brother when we were kinds. I think a lot of people come to this realization when they have children, suddenly understanding the perspective and actions of their parents. Luckily, I was able bring some of this realization into the way I edited the book, thus rounding out certain characters and relationships to reflect this.

Do you feel like an adult now, or do you still, in some small way, occupy the same mental space Shell did, finding your way?

I occupy the same mental space I did as a child in a very large way. The spirit of me has never changed: it’s right there inside my chest, in an almost palpable form. The adult me is just a disguise: I remain the five-year-old girl with dirty knees and sticky shirt, intently and quietly watching the world and taking careful notes. 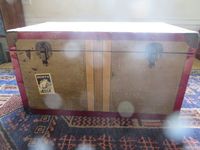 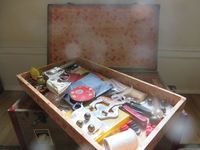 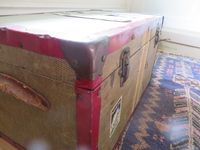 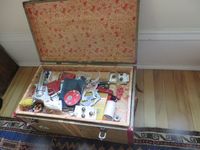