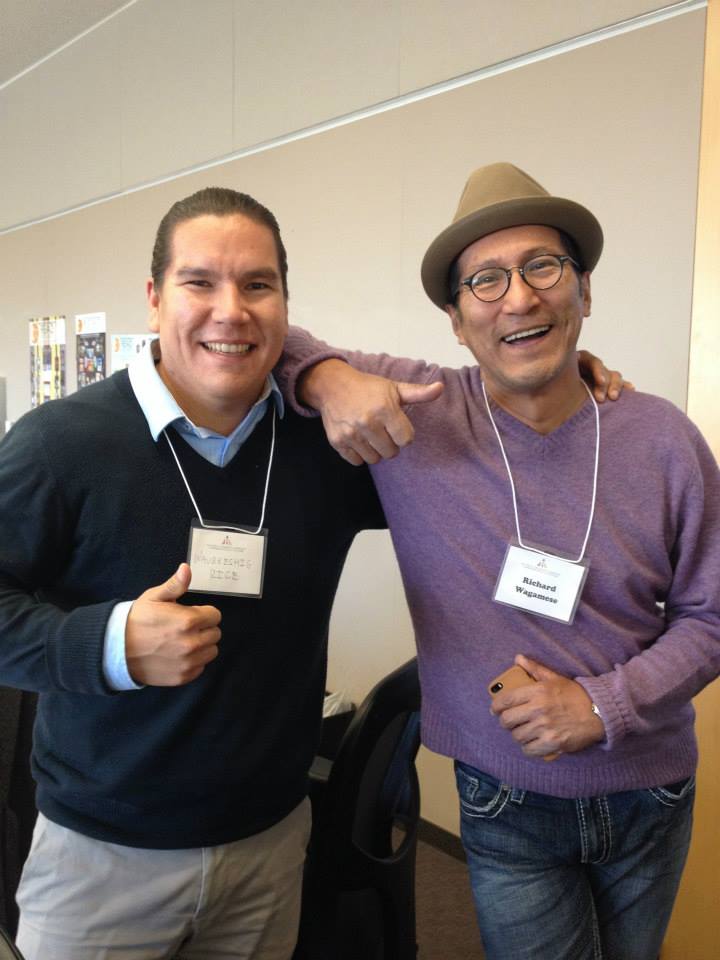 In my last post I talked about some of the influential writers and books that inspired me to seriously pursue my own creative writing. My list is much longer than that, and there are many more storytellers who’ve influenced me in many ways. But I want to single out one because of recent discussions I’ve been involved in about him, and to continually honour his life and legacy.

Richard Wagamese was a true trailblazer and a passionate advocate for Anishinaabeg and their stories. He’s one of those Indigenous writers that needs no introduction, really. His books are firmly planted in the canon of Canadian literature, and his legacy as one of the most inspiring storytelling figures and motivators is cemented in his spoken and written words that are shared far and wide.

He died in March 2017 after a number of serious illnesses that took the ultimate toll on his body. His loss is immense; and many of his friends and fans continue to grieve. But we also celebrate, as I had the great honour to do last weekend at Calgary Wordfest, and will do once more at the Vancouver Writers Festival. His close friend Shelagh Rogers is touring the country to hold tributes to him at literary festivals and events. It’s really special to be able to reflect on his life and legacy in this way.

My introduction to him was through his powerful novel Keeper N’ Me. I received it as a gift from my aunt as a teen. His writing was raw, candid, and genuine, and above all, unapologetically Anishinaabe. As a budding fan of literature, Keeper N’ Me was storytelling in the printed word that I had never seen before. Here was a man much like the people in my community speaking his truth through fictional characters in a remarkable book. It blew my mind.

Richard’s work, alongside some of those by other powerful Indigenous writers, prompted me to take creative writing more seriously and sparked the dream of one day becoming published. That dream came true in 2011, when my debut collection of short stories, Midnight Sweatlodge, was published. They were stories originally written around the time I was introduced to writers like him. The response to my book was positive enough that I had the opportunity to travel the land to share it. As a kid, I never imagined experiences like that was even possible for me.

Midnight Sweatlodge generated a modest amount of attention in the Canadian literary press. But it was social media that really helped spread the word about the book and its stories. To my surprise, my little collection was being read by people in communities across the land, including by my Indigenous literary icons like Richard Wagamese. And what happened next on my fledgling literary journey was entirely unexpected.

Out of the blue one day in 2012, I received an email from Richard. I had never met him or corresponded with him in any way before. But there in my inbox was a message from a storyteller I greatly admired. It was a brief but kind message of introduction (although he didn’t need to introduce himself to me), saying he’d read Midnight Sweatlodge, and that he was happy to see a young Anishinaabe writer get published. He encouraged me to keep it up, and made an open offer of advice and mentorship. I was very touched and honoured that he reached out in this way.

What followed was regular email correspondence and even some phone conversations before we finally met at a conference at the Banff Centre in 2013. I felt like I’d already known him for years; it was like I’d finally met a long lost big brother in person. I watched him captivate the conference crowd with his storytelling, and was inspired by the stories he shared about how he came to the writing life.

We crossed paths a few more times in the following years. In the meantime, Richard was always there to answer my emails with questions about writing, passages for him to review, and even contracts to look over to ensure I was getting a fair shake. He did this all without asking anything in return. He said that seeing me succeed was all he wanted. The kindness and generosity he exuded was immense.

Richard is greatly missed. There’ll never be another Anishinaabe like him. But he lives on in my words and stories, and in those of countless other writers and storytellers. As long as Indigenous writers continue to share their truths in their stories, Richard Wagamese will be immortal.