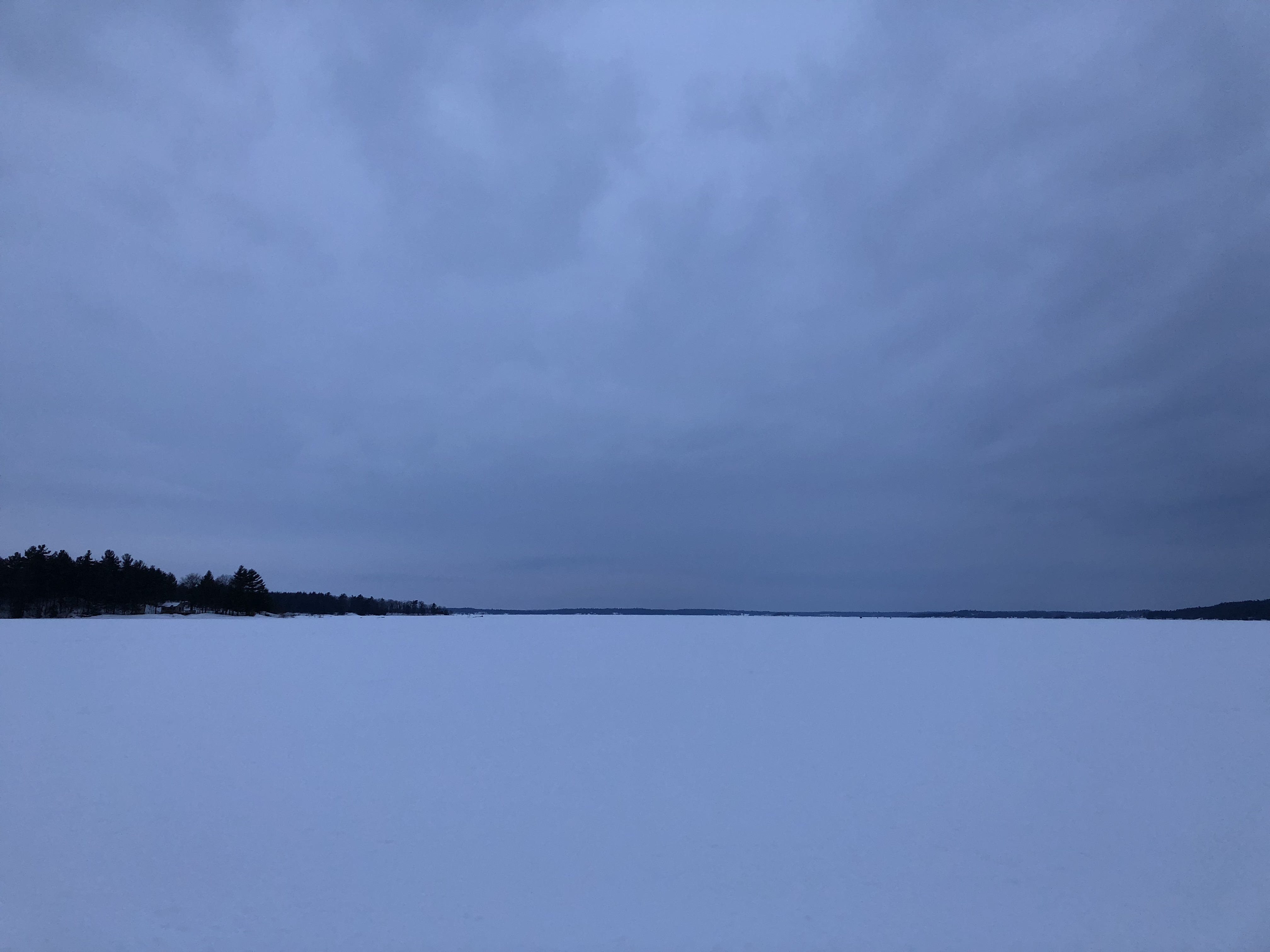 My grandmother, Aileen Rice, was the strongest connection I had to a pre-contact world. She used to tell me stories about how her great-grandparents’ generation used to migrate up and down the eastern shoreline of what’s now known as Georgian Bay, depending on the season. They sometimes ventured farther inland depending on food and conditions. And sometimes they ventured out onto the islands to spend their summers.

The Anishinaabe way of life back then sounded very beautiful and fulfilling, the way she explained it to me. The language was strong. So were the ceremonies and the knowledge of the medicines in the land around them. Family and community were everything; everyone looked after and supported each other, and in most situations, the women led the way. She often described it as an idyllic and wholesome life, as it was explained to her by her own elders.

That pre-contact world described by my grandmother doesn’t exist anymore. Neither does she, physically. She died last winter at the age of 86. With her went those generations-old stories told in Anishinaabemowin, of which only fragments now exist in random recordings and in the memories of her children and grandchildren. Still, we carry those stories and her memory proudly, and we strive to uphold her legacy as a powerful Anishinaabe matriarch.

While she joyfully illustrated that old life in story, she never said it was perfect. But she wanted to ensure we knew exactly what happened to that world - how it violently ended, leading to generations of nightmares for so many Anishinaabeg. She would talk about her elders explainining how foreigners came in and limited their travel, confining them to fixed places and forcing them to document their existence under a strange new authority.

The strangers forbade them from travelling up and down the shoreline of that great water as they had since time immemorial. They forced her ancestors off the mainland and out onto an island, where farming was extremely difficult. Meanwhile, the forceful new authorities cut down all the trees on the mainland for profit and permanently took over the traditional territory of the Anishinaabeg. As the years went on, they would come onto the island and steal the children and punish the adults for practicing ceremony and culture. And then they brought the alcohol.

As a result, the Anishinaabe way of life was destroyed. Their world ended. The new world created around them was dystopia. Cycles of tragedy and trauma began to accelerate, damaging many of those once beautiful elements of traditional life and civilization beyond repair. One nation’s establishment and new history brutally erased another’s, perpetuating violence and despair for generations.

My nookomis, my grandma, always believed it was important for us to understand and recognize this crucial moment in the history of Turtle Island. The original nations of this continent have already endured apocalypse. Many have been left to heal on their own, beginning and largely continuing that process in dystopian surroundings, relative to the life they once knew. She never said it outright, but I always believed she longed for the old world she never got to experience.

It was important for me to write about this in my new novel, Moon of the Crusted Snow. It’s described as a post-apocalyptic thriller. But really, any Indigenous literature, whether fiction or non-fiction, is post-apocalyptic. This has been said by many Indigenous artists. Many of the stories we read in books by Indigenous authors are about resilience, cultural reclamation and overcoming the adversity of colonialism. They’re about adapting to the new way of life that was brutally imposed upon the original nations of this land. And in those stories of survival emerges the most beautiful sense of hope.

Recent books by powerful Indigenous storytellers like Cherie Dimaline, Rebecca Roanhorse, and Lousie Erdrich have expertly put the Indigenous lens on the dystopian/post-apocalyptic genre. Their compelling and beautiful stories have started a new discussion in the mainstream about the refreshing and important perspective Indigenous writers can add to this canon. Hopefully the focus can shift from worlds ending to new ones beginning.

There’s a scene in Moon of the Crusted Snow where the respected elder figure, Aileen (yes, an homage to my late grandmother), explains all of this to Evan, the protagonist. It makes sense to him. As the world he became accustomed to crumbles around him, he begins to see the potential for community renewal and cultural revival. And he comes to realize the solution lies in the powerful land around him - where it all began.