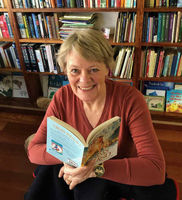 Research in the best historical fiction is an iceberg – only a tenth of it actually appears; the hidden 90% is what stabilises the story and gives it bulk. Yes, I’m making these figures up. If they were quantifiable, I’m sure the visible ration would be much smaller.

The truth is that in any fiction, the author has to know much more about the characters, setting and plot than will appear in the book. Historical fiction just adds another layer of difficulty. The author needs to be confident in the details of how their characters live in order to present the snippets that bring them to life for the reader.

Fifteen years ago I was asked to write a children’s book on the first Vietnamese refugees to Australia. It was launched by a women sharing her story of escaping the war-torn country in a small boat. Trauma quivered in her voice, but the children, whose parents had obviously never been able to share their own stories, were confused. Finally one asked, ‘How did you go to the bathroom?’

The other kids gasped, but it was the best possible question. This elegant woman’s description of a big sister trying to screen her squatting on a bucket brought the story home to them as nothing else could.

Adults like bathroom details too. When I visited excavations in Santorini for Swallow’s Dance, the guide pointed out the 4000 year-old flushing toilet in the remains of one house. ‘That’s what everyone wants to see!’

In the first case, a detail encapsulates horror; in the second, the shock is realizing that a people 4000 years ago had one of our standards of civilization. Most details that stick in the reader’s mind will be something that startles with either the difference or similarity to our world.

So -  ten tips for incorporating research into historical fiction:

1)    Grab the reader’s interest with a few striking details, remembering that they should still blend seamlessly into the background.

2)    Plot and character arcs are still the driving force of the story.

3)    Facts may have to be simplified, conflated or even altered for the sake of clarity or simply moving the story along. In Cuckoo’s Flight, I used details of crushed murex shells being added to clay for strength although my archaeologist mentor told me the practice had ended 200 years earlier. I studied many theories of the extraordinarily intricate religion and rites, and stripped them back to something that could be grasped without stopping the flow of the book.

4)    In children’s fiction especially, details may have to be altered for current social standards. The formal dress of Minoan priestesses or nobility included a tight corset framing bare breasts. So although I feel strongly about girls learning to be proud of their bodies, fear of censorship means I don’t overtly describe this detail or show images in a school talk.

5)    If you interview people for first-hand accounts, make sure they understand you won’t be using every detail they give you, and that although you may be borrowing some of their story, the protagonist is not them. Even if you explain you’re just looking for background, they may expect to see themselves as the hero. It’s worth ensuring, with the greatest possible delicacy and respect, that they truly understand.

6)    Be aware that first-hand accounts may not be factually accurate. Our memories aren’t as perfect as we think they are, and especially in times of war or other trauma, facts may not be clear at the time.

7)    Similarly to first-hand accounts, ensure that historians, archaeologists or other academics who advise you understand you may not completely adhere to their theories once you’re writing the book. And although it’s wonderful when people get excited about your story and give you suggestions, it’s your book. Tact is advised!

8)    The greatest gift historical fiction brings to a reader is empathy. Characters of earlier eras can be difficult to empathise with because of prevailing racist or misogynistic attitudes; it can be difficult to balance accuracy with creating a character that readers will want to engage with. There’s no easy answer, but personally, I’d rather err on the side of empathy, letting the protagonist struggle against the culture’s dominant beliefs, or developing understanding as part of their character arc. It’s just struck me that I may have chosen the female-centric Minoan society as a way of limiting the number of toxic beliefs that my characters had to deal with.

9) Learning is fun. All the details that you don’t use – or that need to be edited out because your editor says nobody else will want a full chapter on making rope from tree bark – underpin the tip of the iceberg that is just enough to bring your readers into your world.
If you’re lucky, that unseen research means you’ll make something up and discover later that it’s true. Then you’re truly riding your iceberg.

10) If you really love some of the facts that you couldn’t fit in to your story, they might need their own book.

PS. Re that hypothetical example on making rope from tree bark – if you happen to want a chapter on that, I can probably find one. But I’m grateful to my editor for querying its necessity.