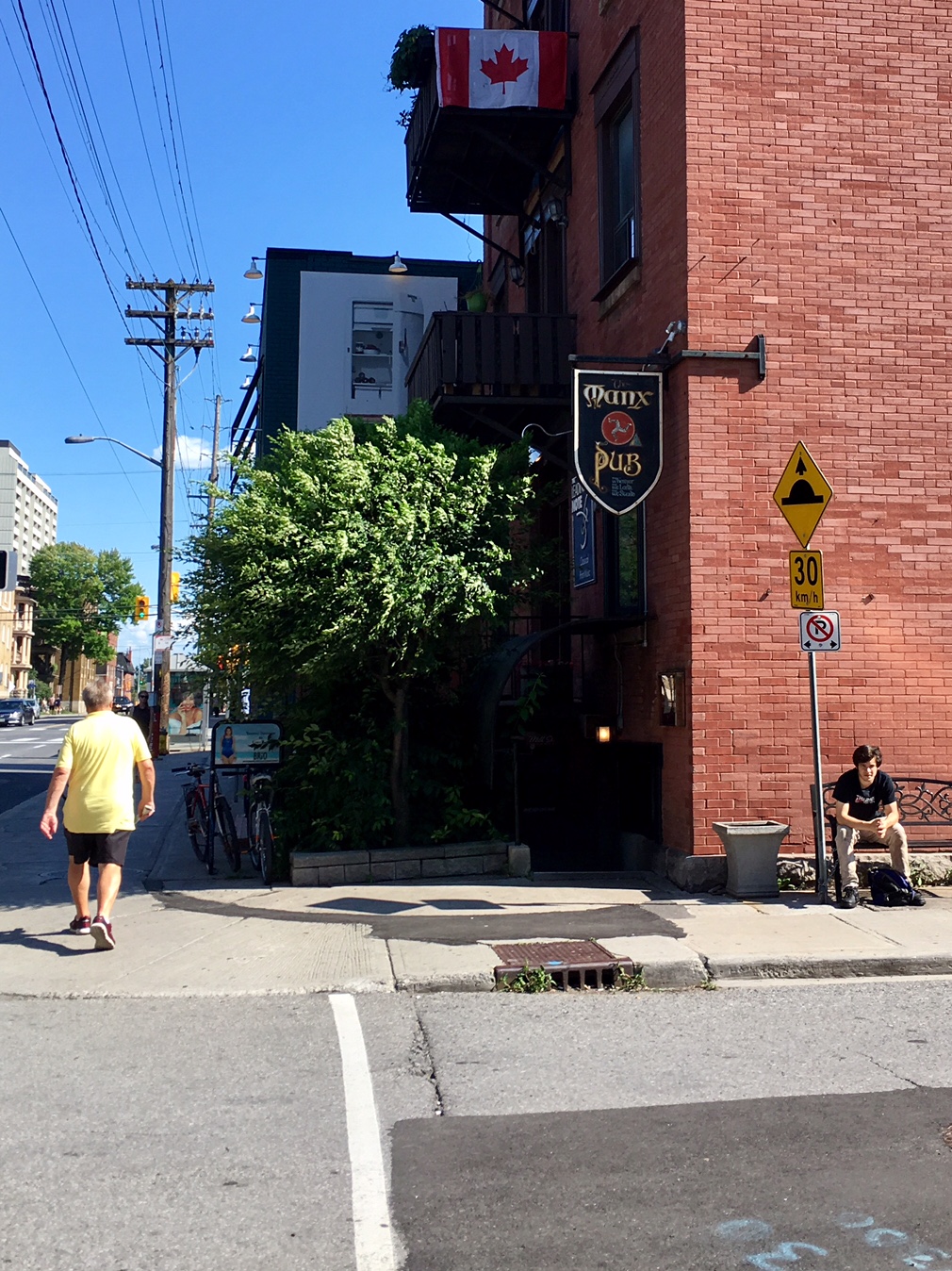 In the Manx Pub, a basement bar on Ottawa’s Elgin St., there’s a slim shelf of books – lots of poetry, but also some prose. The books are often browsed, often borrowed, and often returned. They’re also signed by their authors, all of whom have shared their work within the walls of the Manx as featured readers for the Plan 99 Reading Series. Established in 1999 by David O’Meara, the series has hosted over 250 writers at more than 160 events, consistently providing Ottawa’s literary community with a meeting place and a chance to hear new and established voices. David, author of four poetry collections and former Griffin Poetry Prize judge, speaks towards Plan 99’s history and specifics in the interview below.

In 1999 I had just moved back to Ottawa from Montreal. The Tree Reading Series was still going (for almost twenty years) and there were a few other series popping up here and there. I remember attending Di Brandt’s first book launch in an old court room at ArtsCourt, and seeing Sasquatch readings in a takeout pizza place on Rideau Street! But there wasn’t a lot, the way it is now, at least regularly. Rob McLennan will correct me on all of this, I’m sure. Chris Swail and Rob Manery had run a couple of readings at The Manx Pub after it opened in 1993, so when I started working there, we rejuvenated the idea.

What effect or contribution, if any, has Plan 99 had on that atmosphere? Did you, or have you since begun to, model your reading series after any other series?

There was nothing innovative. Just good literature from good authors. It remains so.

Many reading series in Ottawa (and in general) have changed venues over time, but Plan 99 has stayed in one place, The Manx Pub. Does this have to be the case? I associate the two things very closely in my mind; when I think of the Manx, it’s full of poets. But of course, weeks go by without a reading, during which the place is still in operation as a pub and restaurant. In terms of clientele and vibe, is there a big difference between the Manx on a regular day and the Manx on the day of a poetry reading?

Though the Manx clientele is pretty arts-oriented, there’s a huge difference from game night and the regular vibe. Plan 99 has been, and must be, on Saturdays (or the occasional Sunday) at 5:00 pm. It’s too packed full of eaters and drinkers any other time, and would be too noisy and disruptive for an audience. But that slot between brunch and the Saturday night crowd works magically, as anyone who has attended them might find. There’s an author-audience rapport in that room I can’t explain. An attention and silence. Though for insurance, I post the doorway with “Be Quiet” signs and haunt the entrance like a junkie bouncer.

What is your criteria for a reader?

I keep an eye on what books are coming out. I need to like the work. I need to find something interesting there, something challenging, something playful or profound. There’s no formula. I have many tastes so I hope the readings are a little different each time. There is prose too. Many great fiction writers have stood in that weird corner.

Do you feel as though you’ve learned much from watching all these poets perform over the years? For that matter, do you find that all your time “on stage” as the host of Plan 99 has resulted in an increase in your confidence when you’re performing your own poems?

I envy a number of writers’ natural ability to chat and be funny during their readings. But if it’s not natural, don’t try. I can’t prepare jokes; they always sound stupid. Otherwise, just read slowly and clearly. The best readers, I think, find a way to think with their writing as they are reading it, so it’s natural, like speech, not monotone or sing-song or affected. I don’t have any particular confidence with reading my own stuff, though I’m used to it and come prepared and try to do a decent job. I like going to readings but I don’t seek out participating myself because I almost always suffer a period of self-loathing afterward.

Poetry: Linda Besner’s Feel Happier in Nine Seconds, a book of invention, humour, weirdness, and smarts all tuned by a fine ear for language. Solmaz Sharif’s Look. And for the sake of sounding pretentious, Proust’s In Search of Lost Time, something I’ve been promising myself I’d read in its entirety the last few years. I read the first three volumes last year, with breaks in between, and am now on The Fugitive, volume 6. I’ll read Time Regained come October. It’ll be bittersweet, because I’m not sure I’ll ever invest the time to read it again. It’s gorgeous, of course. And despite being an English Lit guilt-read, entirely entertaining. So much gossip and psychology. Yes, there are some dry bits too, but it’s been a totally enjoyable antidote to the clickbait world of short attention span. You just keep reading and reading and reading and reading. You are in a world. And boom, every few pages, these jaw-dropping insights and images. While listening to a performance of the fictitious composer Vinteuil’s music (volume 5), the narrator notes he’d “been dead for a number of years; but in the sound of these instruments which he had loved, it had been given him to go on living, for an unlimited time, a part at least of his life.”