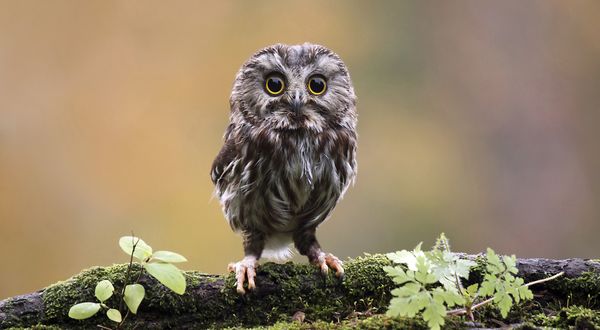 In mid-November, a few days after I’d returned to Vancouver from the Singapore Writers Festival a week prior, I saw an owl.

I was in a jet-lagged haze at dusk, on my way to the convenience store to get some cheese and bread, when I saw The Owl. Actually, I didn’t see it. I probably wouldn’t have seen it if I hadn’t seen a small bright light at eye level a block ahead of me. As I drew closer, I still didn’t see The Owl. I saw a guy pointing his iPhone flashlight at the edge of a house’s speckled wood fence. Then the fence moved (or The Owl moved) and I saw The Owl.

The guy in front of me was circling The Owl, his lit iPhone camera an arm’s length away from The Owl’s heart-shaped ghost face. The Owl sat there, in what seemed like total peace, on the fence that was the same colour as its feathers, a snowy ash-coloured wood. I looked at the guy. The guy looked at The Owl. I looked at The Owl. The guy looked at me. I felt embarrassed and immediately dug my phone out of my tote – what sort of person wouldn’t take a video of The Owl?

He began walking away and soon enough it was just me and The Owl. I held my phone, but I didn’t want to disturb it, in case it flew away. I didn’t turn on my phone. I wanted to be with The Owl. I wanted to have a Profound Experience.

The Owl was not looking at me. It was facing the grove of trees to my right. I was looking at the back of The Owl’s head. It was so close to me. What I felt was an urge to hug The Owl because it was so cute and fluffy.

I stood there, waiting for a Poetic Moment, because I am a Poet.

It was cute and fluffy and I wanted to hug it so tight.

I had a Hedwig fantasy while The Owl was in front of me.

I felt sorry for myself, unable to appreciate the beauty of this winged beast because of my busy mind, my jet lag, my full days. What had become of me? A couple of years ago, I was psychically convening with the coyotes in my neighbourhood – I was in tune ­– I even wrote a poem about it, a good honest poem!

I stood there looking at The Owl, feeling pressured to take a video, because that it was people do, that is what the guy was doing, and if I wasn’t going to have a Poetic Moment or a Profound Experience, I might as well take a video.

I tapped my way to the camera and the light came on. I stood looking at The Owl through my phone, and then it swivelled it’s head all the way around and it looked at me. The Owl looked at me. Or at the bright light of my phone. In that moment, I looked at The Owl too, in real life ­– I forgot about my phone. It’s eyes black, pupil-less, endless. I felt fear. I suddenly noticed the silence. Not on our East Vancouver street, but inside my head. This is what it sounded like inside my head:

That is a blank line without words.

I am trying to say that when the owl looked at me, my mind became empty of words, and I felt that – I noticed the silence that came with the gaze of The Owl. The critical voice disguised as a funny voice (“I am such a Poet waiting for a Profound Experience with The Owl”) stopped – for a few seconds. Then I remembered to focus the camera on my phone, and The Owl turned its scary-cute head again.

It’s rare for me to experience this total silence in my head. The only other time I experience it is when I’m writing: when images appear, they are quiet and obliterating. You could say that they impose presence and demand acknowledgement, that’s why they are obliterating. I felt captive when The Owl looked at me… I felt more Owl than Poet.

The strange thing I realized in that moment was that I aspire to be held captive – in this same way – by my writing.

When we are held captive in the act of writing, we are giving ourselves over to it, as if in an act of faith. We are almost not there, only barely ourselves.

This year I’ve travelled to Chicago, Portland, Dublin, Toronto (thrice), Montreal, and Singapore, where I’ve been privileged to share my ideas, stories, and poems. I can’t help but feel lucky. There were times when I was so tired on the road, I wondered how I would hold myself on stage, and each time this happened, I turned my mind to gratitude.

It still shocks me that so many people come together to talk about poems and stories and writing in so many parts of the world. We are all coming together to talk about our feelings and our families and our messy lives. It’s an industry, yes. But there’s something else to it, too. Our books are a testament to the ways we have become bigger than ourselves.

The Owl reminded me that I want more of this in my life: I want to be held captive by my own work again. I want to exceed myself in my writing. I want to reach that place that escapes words so that I can make some…

Shazia Hafiz Ramji is the author of Port of Being, a finalist for the 2019 BC Book Prizes (Dorothy Livesay Poetry Prize) and the Gerald Lampert Memorial Award. Her writing has recently appeared or is forthcoming in Poetry Northwest, Music & Literature, THIS magazine, and Best Canadian Poetry 2019. CBC recently named her as a "writer to watch" and named Port of Being as one of the best Canadian poetry books of 2018. Shazia is at work on a novel.