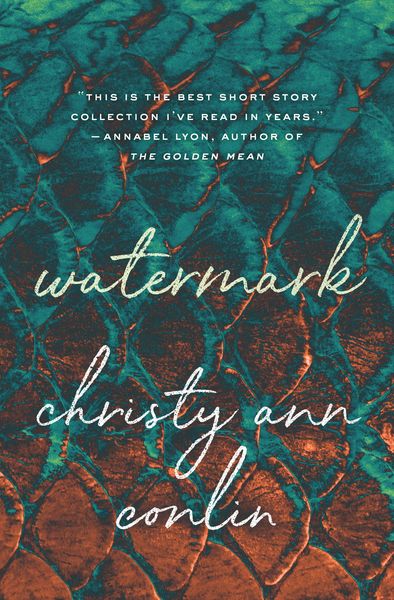 “It can always be worse.”

When my grandmother’s memory started to go, she would occasionally become belligerent.

The sweet woman I had grown up knowing, the one who bought me chocolate from the newsagent’s and sent me British magazines in the mail, was transformed into someone who could say awful, hurtful things to the people she loved. During those episodes she was, in many ways, a stranger. She would yell at the staff at the home where she lived, despite the fact that they treated her with unending warmth and patience. I knew logically that the confusion and subsequent aggression was the stark reality of her disease, but it was jarring nonetheless.

There were, however, a handful moments in those last years of her life, that offered small patches of reprieve. I would visit her and the of two of us would drink coffee out of delicate china cups and share biscuits thoughtfully presented on a gold-rimmed plate. During those few meetings she told me the details of her childhood on the Isle of Man, her memory of so many decades ago astonishingly rich, her enthusiasm for storytelling endless.

Those stories were a sort of divine shot of clarity in between extreme bouts of forgetting, providing a sense of calm that the chaos was at least temporarily contained. Those were moments where I actually felt grateful in the thick of that awfulness, moments where I would think it could be so much worse. I suppose it’s a very human impulse to be grateful things are not worse even when they are terrible. To be grateful for quiet, connected conversations accompanied by over-sugared coffee, even when the world feels like it is crashing down around you.

With what can feel like so much potential tragedy and misery waiting to pounce, with so many things that could possibly go wrong, it sometimes feels like the only way to survive is to hold on to a false sense of luck in the middle of the storm.

Christy Ann Conlin’s short story Occlusion—from her recent collection Watermark—opens with her protagonist, Daisy, upside down. Daisy has been voluntarily sedated to stave off any potential anxiety, in the midst of enduring an awkward and uncomfortable medical procedure that aims to tell her whether of not she has breast cancer. Two previous tests have come back abnormal but ominously inconclusive—suspicious, they tell her.

“And now I’m stuck in this chair, upended, stoned, unable to see anything clearly,” she says.

From this bizarre vantage point, Daisy reflects on various aspects of her family life. She thinks about her father’s deteriorating mind, his Alzheimer’s diagnosis, how he would put his false teeth in the breadbox and cry when he discovered they were missing. She reflects on how his yelling would intensify as “his world began to dim,” and how her mother would turn up the television to drown him out, to protect Daisy’s son from the increasing volume of his decline.

Daisy also recalls how difficult it was to help her family while also being a single parent. “It was a triumph to make it through each day,” she says.

For extra money, and to support her art practice, Daisy takes photographs of new mothers and their babies at the hospital, the same hospital where she is getting her cancer tests done. Beyond taking their pictures, she helps them create books so they can document what is likely one of the most important, most beautiful, most memorable days of their lives.

Daisy has also been asked to take photos of babies that are stillborn, asked to capture a parent’s hardest day, so the memory isn’t lost forever—even though they will never forget, even if they may want to forget, even if it would be easier if that part of their world began to dim.

“It isn’t technical skill you need as much as compassion and empathy,” Daisy says. “An ability to see beauty in unexpected places. To see the baby as a baby, not as a corpse.”

Daisy’s sister Ruth has lost a baby to late-term miscarriage. She now copes “through a prism of rage,” a reality that makes Ruth say hurtful things and makes her relationship with her sister strained. Ruth’s experience of loss is likely what we mean when we say things could be worse—holding your baby born too soon, saying goodbye to a life that never began. It is a moment where you can not say it could be worse, because in that deep well of unimaginable grief, it’s hard to imagine how anything could ever be worse.

Ruth can’t talk about her son that was born too soon, but she still looks at the photos her sister took for her.

I remember when my grandmother died I felt a sense of relief, and then a sense of guilt because of that relief. This is certainly a common way to feel after watching a long bout of suffering, but still it feels strange to think that the thing that is “worse” is for the person you love to go on living. In retrospect, the gratitude I summoned may have been a way to cope at the time, but that didn’t make it any less authentic—I was indeed lucky to have those handful of rare lucid moments with her before she died, to hear her story before she could no longer tell it.

While on the way to photograph a stillborn baby at the hospital, Daisy receives a phone call informing her the procedure was successful. It turns out that what was suspicious is nothing more than calcium deposits clouding her mammogram, shadowy forms mascaraing as something to be worried about. The tension that dominates the story lifts suddenly, floats away like an audible exhale. It could have been worse. It has been worse. But this time, it wasn’t worse. Everything is fine.

Occlusion artfully closes with Daisy—a woman who has just received good news after fearing the worst—taking pictures of a mother whose worst fears have been realized. The juxtaposition is jarring; the parents openly weep, gazing at their beautiful lost baby wrapped in blue wool, while Daisy, now relieved of her prior worries, lifts her camera to take their picture. “It is sometimes luck. Sometimes genetics. Many times there are no reasons that will ever make sense.”

How exactly do we endure the hardest things that life gives us? How do we hold our fear close and get through the impossible? We sedate ourselves. We turn up the volume on the television to drown the noise out. We get angry. We practice gratitude and believe in luck. We remember better moments. We grope for perspective. We breathe.

“(We) must keep going, even when we’re afraid.”

Stacey May Fowles is the author of the non-fiction collection Baseball Life Advice (McClelland & Stewart,) and the co-editor of the anthology Whatever Gets You Through (Greystone.) Book Therapy is a monthly column about how books have the capacity to help, heal, and change our lives for the better.