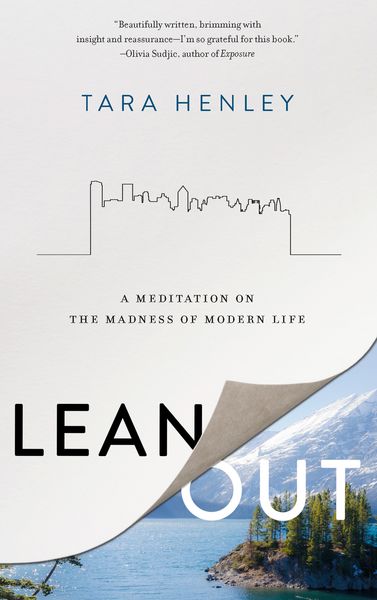 (T)he notion—singular, unquestioned—that the only way to succeed in any industry, and especially mine, was to give it everything you had.”

By 2016, successful journalist Tara Henley had lived the kind of life a lot of fledging professional writers would envy. She had travelled the world, interviewing high-profile celebrities, authors, and change-makers, enjoying the buzz of a fast-paced media lifestyle, attending lavish parties, and never being photographed in the same cocktail dress more than once.

She was also very sick. Lean Out is Henley’s candid examination of that time, an interrogation not only of why her enviable life was making her so unhappy, lonely, and unwell, but why so many of us are falling victim to a culture that can’t properly sustain us—economically, mentally, physically, and spiritually.

The book is of course an inevitable response to Sheryl Sandburg’s widely popular (and flawed) 2013 book Lean In, which basically asked women to demand a seat at the table, cultivating ambition and drive—and lots of overtime—to achieve their goals. Lean Out looks long and hard at why we even have those goals in the first place, wondering if things might be better if we cultivated community and real connection, instead of groping for power and conventional success.

The book thoughtfully asks a vital question; what if we not only pursued our own well-being, but the well-being of those around us?

This idea of stepping away from our busy, buzzing, hyper-connected lives is certainly a compelling (and timely) one. I’ve had dozens of recent conversations with friends and colleagues about how they desire major change—even major escape—a way out of the endless draining cycle they feel trapped by. But the notion of stepping away is not exactly practical if there’s nowhere to step that pays the bills.

Thankfully, Henley gets beyond the convenient cliches of “unplugging” and “self-care,” and takes a practical look at what kind of world might be possible other than the one that’s causing us severe anxiety, economic stress, and inevitable burnout.

In some ways, I’ve been doing my own kind of leaning out for close to five years. The first difficult step came when I quit the security of my full time job, a job that I loved, that long defined me and my social life, that gave me worth and access to the world I was craving. It was also a job that, like Henley, was making me unwell and I knew it. Instead I turned to full time freelancing, which in some ways—especially given the particular way I was taught to approach work—was like replacing one kind of illness for another.

After my essay collection came out in spring of 2017, I realized that the frantic speed at which I had been working for more than a decade—the late nights, the early mornings, the answering work emails on vacation, the abuse from social media, the terrible habits, the poor health, the stress and anxiety, the saying yes when I should have just said no—was completely unsustainable.

I can’t credit myself entirely for making the move to embrace a slower pace. I got pregnant a month after that book launch, and after years of infertility realized it was time to take a genuine, necessary breather. I had the perfect excuse to pare things down and took advantage of it.

My well-being considerably improved. I meditated. I rested. I cooked healthy meals. I began to cultivate deep friendships with a smaller number of people rather than surface relationships with many. I took my time. But I also desperately missed the supposed glamour of a more intense jam-packed literary and journalistic life. I often felt intense envy for those still there, even if they confided in me that it was making them sick too.

In Lean Out, Henley talks about “prestige” jobs—the kind that people respect you for but don’t pay overtime, or even well at all. (Surprise—professional writing culture is packed with them.) You may be admired by peers, you may “matter,” but are constantly on the verge of a health crisis, or an economic crisis, or a total breakdown. One person Henley talks to in her book says they were so so tense at work they were vomiting regularly, something I have certainly experienced myself.

That’s the thing about our pervasive culture of overwork, regardless of industry—it does everything in its power to make you stay stuck. It builds a mystique that makes you desperately miss it when it’s gone, regardless of how much healthier you are in its absence. 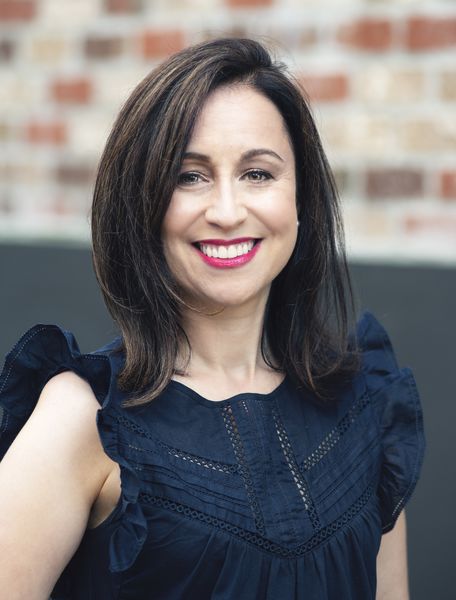 I feel like I’ve been writing a lot lately about the need to step away from the toxic frenzy of modern life. It’s like I’ve been circling an idea, trying to get to the bottom of a feeling, but never quite get there. Fundamental questions always linger: how do you find the balance between doing the work you love and care about, in a way that is sustainable and healthy, while also finding a way to survive? Is that even possible?

It’s all well and good to say that we should all stop working at this widespread frantic pace, but for a lot of us that pace is necessary not only to stay in the game, but to survive. The fear that comes with tuning out and turning things down is very real. What’s worse, an ability to tolerate general mistreatment now seems to be a desired working trait—sometimes when I got brave enough to ask where my cheque was, or for a reasonable amount of time to do a job, or to be paid what I was worth, I could almost hear the eyes rolling. I remember one publisher in particular just went ahead and wished me luck when I asked for a rate similar to what his male columnists were being paid. That reality certainly flies in the face of any “demanding a seat at the table” logic.

“It was clear if I wanted to land another full-time professional job, I would have to agree to another boundaryless life in which I would be available to work evenings and weekends, forever at the beck and call of my smartphone,” writes Henley. “Worse yet, I would need to buy in. I would need to be convinced that this was what it took to be successful, to contribute.”

After some time spent slowing down, I‘m certainly no longer convinced that teetering on the edge of burnout is what success looks like. I no longer think the only way to matter is by checking your email in the middle of the night, by over-scheduling and under-sleeping, by destroying yourself in the process. Instead I’m trying to find genuine ways to resist the delirious pressure to always be producing.

I admit I haven’t been totally successful in finding a way to work within this world I love while still taking good care, but I am certainly trying.

With everything that has happened over the last few months, it feels like a strange time to talk about the culture of work. But maybe in some ways, it’s actually the best time. Maybe this is a real opportunity to take a long look at our clearly broken systems, and rethink our harmful approaches.

The conclusion that Henley comes to in Lean Out is that, yes, we should definitely reject the status quo frenetic overwork trappings that our culture currently demands, but we also shouldn’t desert each other in the process. We should find a way to make that necessary rejection part of fundamental, widespread, community-building change. We shouldn’t merely be individualistic in our retreat, but instead find ways to create healthier, more inclusive, more supportive spaces for everyone.

After much healing and learning, Henley does apply the knowledge she’s gained on her journey to return to the work she loves. She’s optimistic and firm in her belief that change—rather than just retreat—is possible. That there is something workable beyond simply reducing your percentage screen time, or engaging in clichéd self-care.