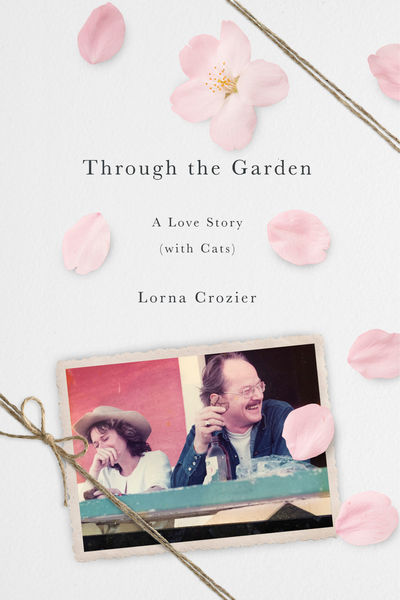 “The world is violent and mercurial—it will have its way with you. We are saved only by love--love for each other and the love that we pour into the art we feel compelled to share: being a parent; being a writer; being a painter; being a friend. We live in a perpetually burning building, and what we must save from it, all the time, is love.”

Over the last seven months, I have often found myself asking, “what is the point?”

Sometimes this question is casually posed to minor trivialities, things that, given our overwhelming circumstances, can be easy to dismiss. Should I organize this messy kitchen drawer? Should I sort this pile of clothes? Should make this bed, read this book, or get my hair cut?

Then there are times where the “should I” questions carry significantly more weight, heavy with a sense of uncertainty and dread, their answers never clear. Should I bother thinking about the possibility of travel one day? Should I make any plans for the future? Should I dream, or hope, or even leave my house at all today?

Sometimes this question addresses the act of writing itself. For those who feel the compulsive drive to put words on the page, this period of time has found us calling the act itself into question. What once felt urgent and necessary can now feel like a small, futile gesture in the face of such widespread devastation. Amidst the illness, death, violence, and the literal burning of the world, it’s hard not to wonder what good any collection of words could ever really do. Surely there are much more useful skills, much more helpful acts of solace, much better work to be done.

Questioning the place and purpose of writing is an understandable reaction to strife, whether it be in the face of personal grief or public devastation. While there are certainly writers who currently find themselves in a time of great productivity, many more have shared their existential struggles at the writing desk, proving this kind of doubt is indeed more common than not. So many candid chats with writers I admire have revealed moments where they put down the pen, threw up their hands, and earnestly asked what exactly is the point?

It feels like the only way to answer that burning question is by writing a way through it.

“When I arrive at a party unaccompanied, when I sit by myself in the dark of the cinema because Patrick can’t make it to the movie we both want to see, am I practicing loneliness? Will anything prepare me for his not being by my side?”

In 1976, Lorna Crozier met Patrick Lane at a poetry workshop. From there their love grew, and ultimately set fire to their current circumstances; Lane left his wife and two small children, and Crozier walked away from her ten-year marriage, teaching job, and master’s thesis. What followed was “storms, drunkenness, fights, harm,” dozens of books of poetry, the Order of Canada (twice,) and an inspiring literary romance that lasted a lifetime.

Crozier’s recent memoir, Through the Garden, documents the rare intensity of that now-famous poetic love affair, along with the less romantic domestic practicalities that come with two celebrated writers sharing a life. The book gently conveys small, quiet moments in the couple’s many shared days, and reveals the admirable intimacy in the ordinary that is—despite any intriguing dramatic origin—a long term relationship’s truest beauty.

“We aspired to flourish together and thrive in words and books and gardens,” Crozier explains.

She goes on to lovingly describe how the pair enjoyed and edited each other’s work, rescued numerous charming wayward animals, dug in the garden dirt together, revelled, argued and, above all else, deeply loved. A collection of scenes build a beautiful portrait of a shared life and a beloved man; Lane patiently tames a terrified cat into a smitten pet, meticulously removes insidious creeping vine from an army of would-be-suffocated trees, leaps off a twenty-five-foot cliff into the Shuswap river only to crunch his ankle and crack some vertebrae. (“I should’ve jumped further, Babe.”)

These are stories of a lifetime of shared pets, places called home, gardens tended to, and the unique dynamic between two prolific and celebrated poets. There is honesty about conflict, and brutal addiction, and the genuine wreckage that can grow from our best and worst choices. But most vitally, this book is Crozier’s attempt to unravel her feelings in the face of Lane’s sudden—and very serious—illness in early 2017.

“Thinking about the world without him in it makes me panic,” she writes. “My breath catches in my chest like a broken flying thing.”

Can words really serve the enormity of pain that comes with loss? In many ways, this is a question at the core of Through the Garden, as Crozier looks at how poetry has served her and the role it has played throughout her life, circling the idea that if that poetry is so closely linked to Lane, what good is it if he is gone?

“Every writer knows that words don’t come close to what is really happening, especially in times of wrenching grief,” she writes. “There isn’t any vocabulary of verity that will touch what it means to live with someone who is disappearing day by day.”

In one particularly heartbreaking passage, Crozier recalls a moment well into Lane’s illness where she attends a support group for caregivers. There she meets a woman named Monica whose husband has been diagnosed with Parkinson’s disease. Once a successful painter, Monica feels the need to walk away from her art because of sheer exhaustion. Though it hurts not to paint, she is simply too tired to continue.

From this, Crozier wonders if her commitment to poetry will survive the deterioration and ultimately loss of the man she has loved most of her life. She wonders if she has the strength to save both him and the very thing that has sustained them both for so long.

“From that perpetually burning building, is there time and energy to rescue both the person and the art? Or does one of them have to go up in flames?”

“Ours has been a public love story, Patrick’s and mine,” Crozier writes. “Shared in poems and books and in interviews on CBC. In the national press, we’ve been called ‘one of Canada’s powerhouse literary couples,’ and we’ve talked openly about what it’s like for two writers to live together.”

Through the Garden is a beautiful and moving private depiction of this public love story, rich with detail, generosity, and honesty. It’s also a rare and necessary window into the indecipherable complexities of caregiving and grief, and a way to honour not only how words shape love, but also how they steward us through the terrible knowledge that one day we will have to live without it.

Patrick Lane died in March 2019, two years after the first collapse and 911 call, and a month after Through the Garden’s story officially ends. Though his death is addressed in postscript, the book ultimately doesn’t reach the oncoming grief that looms large on every page, that lingers like a shadow at the end of the hall. Crozier doesn’t write in Lane's absence, only in the very real possibly of it. In this way, she hasn’t provided a traditional guidebook or map, or offered instructions on how to weather the blows of finality, or even given us what we would normally consider resolution.

Instead she has provided something far more valuable—an attempt to make sense of the incomprehensible, and an opportunity for readers to find community in the messy confusion, desperation, and despair of loss. In telling her own very personal story, and in telling it so beautifully, she offers genuine and enduring comfort to those who will see themselves in it.

Crozier gives us “forty years, one man, one woman, five cats,” and with that an opportunity to be moved to tears by her words, a chance to celebrate a life lived, and a place to wholly believe in love, poetry, and everyday meaning.

She reminds us—even in the worst—what the point is.