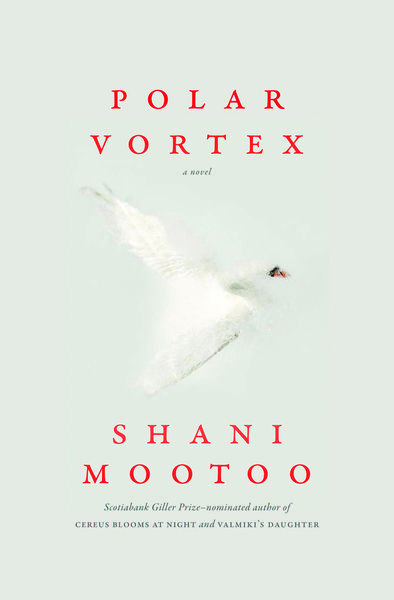 “The body is always in the moment. It doesn’t care if it was warmer or colder any other time. It’s concerned—a matter of survival, naturally—only with how it is in the present.”

Priya and Alex have been together for six years. They live a picturesque countryside existence, far from the buzz of their former busy city lives. Alex smokes cigarettes while writing a book about art forgeries, while Priya is an artist herself. “She is a good painter. A room comes alive, dances with her palette.”

From the beginning of Shani Mootoo’s latest novel, Polar Vortex, it is apparent that the couple are struggling. Their rift will be familiar to almost anyone who has experienced the end of a long-term relationship—they have drifted apart over time, a fact only exacerbated by their new secluded and claustrophobic circumstances. There is a pervasive subtext of strain between the two of them, one common to well-worn (and doomed) couplings; “Every interaction, no matter how unrelated, was an opportunity to underline how things were falling apart between us.”

Complicating things is the fact that Priya and Alex are about to receive a visitor—a “mystery friend’—from Priya’s past. The secrecy that surrounds Priya’s relationship with Prakash, an old university peer, underscores her splintering connection with Alex, but it also creates considerable internal stress for Priya herself. She is preoccupied with her own guilt for severing ties with him, but also with what the reunion means now, so many years later, after so much has changed.

What will it be like to see him again? What are his intentions? What does he want?

Alex is worried and makes assumptions. Priya is cagey and on edge. There is very obviously an unresolved romantic connection between between Priya and Prakash, but what that actually means is unclear. In the hours that lead up to his visit, the atmosphere suggests that nothing but disaster can come of all of this clumsy revisiting of the past.

Something will break, we’re just not sure what.

After some time apart, Prakash has managed to find Priya online and insists on a meeting, his reappearance in her life immediately feeling more like a suffocating intrusion than a welcome reconnection. “I saw she was active on Twitter and I wrote and told her to write me at once,” he says to Alex by way of explanation after he arrives. “I wasn’t gong to let her disappear from me again."

This particularly ominous and demanding declaration sets the tone for the entire, tension-wracked novel. From the moment Prakash enters the couple’s already unhappy home, there is a sense that there is something that needs to be resolved, but what exactly is unclear. Even as the trio enters into casual, “friendly” conversation, there are numerous points of tension and discomfort, numerous interrogations of how the past has been remembered. This is an invasion, not a cordial visit.

“Why on earth did I invite him here? Into my home. My sanctuary,” Priya thinks.

By her own admission, Priya can’t get over how warm it is this year compared to last. “These fields were under a heavy cover of ice and snow, and then more ice and more snow,” she recalls on a countryside drive with Prakash. They have left Alex back at the house to tend to the dinner while they spend some time alone.

Priya often reflects on the deep freeze—the polar vortex—of the previous winter. She ruminates on the indiscriminate brutality of it, its fierce imprint on the natural world. This kind of repetitive preoccupation with what came before haunts the entire book. The painful power of yesterday, however far behind, feels inescapable—whether it was a time of love or trauma, tenuous beginnings or abrupt ends.

While Priya’s memories of winter are vivid, her memories of Prakash and their youth together are less so. This could be blamed on the passage of time, but it seems that her recollections don’t hold the same significance for her as they do for her companion. As they drive, a gulf grows between them that becomes terrifying; the vast expanse between his perception of what happened versus hers.

Before long, she begins to feel trapped in the car with her old friend, teetering into panic.

“It has begun to seem to me that no matter how long you know someone, or how intimately, you can’t really fully know them. What then does intimate mean?” 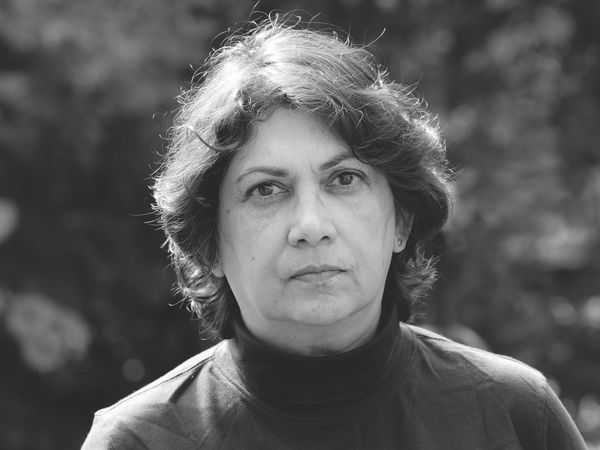 There are outdated versions of ourselves scattered all over the past, versions that we have thankfully outgrown over time. Sometimes we are the villain, and sometimes the hero, and sometimes, no matter how much something meant to us personally, we have no significance at all.

We play so many different roles that are embedded in the memories of others, exist in snapshots of other times, repeat moments before we learned valuable lessons, and made important changes. These reflections can inevitably leave us locked in other people’s amber, making us incapable of growth in their minds. We become nothing more than actors in their private theatre, a key plot point in a story that is read and reread without our participation.

This is, of course a matter of necessity—keeping people the same keeps these narratives from falling apart, but it of course doesn’t give anyone room to evolve. And despite how people need to see us to make their own stories fit, despite what long gone aspects of ourselves they want to cling to, we will change for better (and for worse) over time. We are who we are—and we are who we have worked hard to become.

We will live through brutal winters and we will marvel at warmer ones. We will forget things that matter deeply to other people, and we will be haunted by things that everyone else has long let go of. We will move away. We will turn the page on our personal stories. We will become new versions of ourselves over and over again, no matter how many voices from the past expect or demand we stay the same.

By the end of Polar Vortex, no one is blameless. There are disturbing admissions, painful revelations, and dangerous confrontations. Intense desire co-mingles with repulsion, hate with love, beauty with ugliness. Even moments of tenderness, remembered fondly, have the capacity to wound. Versions of the truth are revealed by each of the book’s players, some surprising and others less so—but by the final page nothing feels resolved, just more fraught and broken than ever before. In many ways, that feels like the entire point.

Despite a lot of popular advice, sometimes it’s just not worth it to go back and interrogate the past. To have expectations or demand explanations. To expect that someone will help you fix what has been broken, especially if you believe they have broken it. Closure can not always be found in confrontation, or with sitting in the pain, or with a long overdue argument. Polar Vortex reminds us that sometimes healing is found by simply letting go.