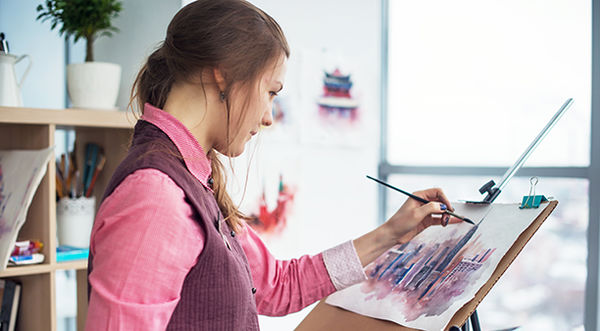 As this new normal becomes, well, more normal, those of us able to self-isolate may start to find a bit of space in-between all of our feelings and obligations to build new writing routines, drawing routines and ways to reach younger readers.

For me, my new writing routine involves lying prostrate on the floor. And once I’ve had enough of that, I pick myself up, rotate and stare at the ceiling. That said, sometimes, when I wake up at 5am—as is my new norm—I sit down and write. I’m beginning to like these early mornings a lot. I feel calm in the morning and time feels expansive to me. Unfortunately, that feeling doesn’t tend to stay as my workday progresses. Reality sets in and, by the late afternoon, I’ve lost my focus and my brain is fried. I used do all my writing late into the night.

Since everyone is managing this situation differently, I reached out to several authors and illustrators and asked the question, “How are you coping (or not coping) right now?” My only instruction was that their answers be honest and real. Here’s what they had to say … 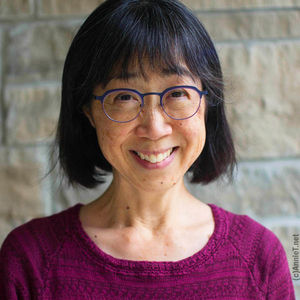 During this strange time, I turn to “creating stuff” more than ever to ground myself (the equivalent of breathing exercises, I guess). I remember trying to work while having little ones around—I really feel for parents right now. It must be so hard. I know I have it easy. I’ve been making activity sheets and video read alouds for my books. I’m also illustrating kids’ stories through Twitter’s @WritingRelay and working on final artwork for my 2021 book Each & Every Kindness. I am seeing so much kindness right now. 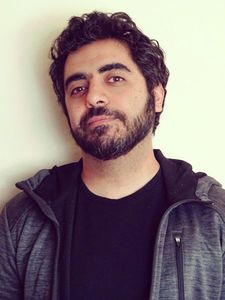 This might seem counter-intuitive, but I feel incredibly blessed I was able to visit my parents in Egypt for a short time right before these strange times started to be life as we know it. My work remains pretty much the same with a lot of catching up and trying to focus on what I have in hand despite everything. I try to take advantage of the month of Ramadan so I get up by dawn to snack and start my day while it’s quiet and peaceful and might keep that as a habit from now on. 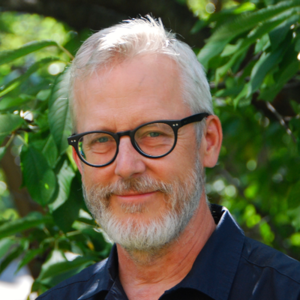 My world is decidedly and deliberately small so social distancing comes naturally. I’m usually home alone during the day. That’s when I work. But now my wife and teenage son are at home, too. I have lost my daytime solitude. I am busy discovering new ways of doing nothing. No baking bread. No learning how to knit. No learning another language. I am honing my skills as a butler. More soup, anyone?

Workwise, I have finished a project begun last year but I am hesitant to begin anything new. It feels like a time of hibernating. Nesting. Waiting… 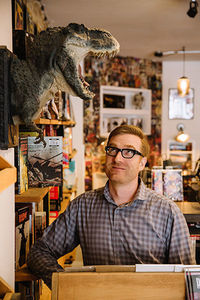 I found it hard to write initially, because my brain was buzzing with Everything That Is Happening to Everyone and I found it really distracting.  I normally write comedy and that wasn't working, but perhaps unsurprisingly, I found it really easy to focus on a horror project I'd been working on. So doing that style of writing instead—big spookums—helped me get over the hump and I found I could write my regular stuff afterwards with more focus. Now I try to schedule in my despair in the evenings, after the workday and after dinner, when I can really focus on it—instead of letting it distract me all day long. That's my hot tip to maintain productivity in these trying times!!

As a year-round freelancer, I was initially concerned about how well-adapted I was to forced isolation while not getting paid, but my work has definitely changed. I’ve found I can readily dig into projects that were already on the go, but I’m having trouble writing into the future, and it’s not for a lack of optimism. Apart from the deeply upsetting aspects of this pandemic, I love how generous and creative many people have been, and this time together has been wonderful for my kids. I’m just not sure how I’m ever going to get them back to school—or civilized society.

Life over here hasn’t been entirely without its challenges. I was exposed to the virus early-on and became quite ill. My brain still feels a bit broken. Rounding the third week of sickness, I started to sit in my studio chair for a few minutes each morning just to try to normalize life. I’m now able to work for almost six hours, but with two young co-workers, results range from sane and productive to “Studio fire!" 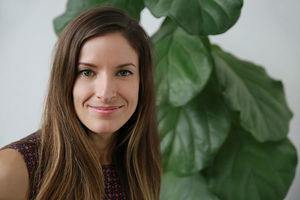 In March, as everything was shutting down, I watched in awe as the kid lit community began stepping in front of their cameras to share their books online and felt I should give it a try. Perhaps I could make a kids craft video?

I brought the idea up to my partner Kevin (a cinematographer), and we immediately got to work. We had experience shooting together in the past, but nothing that required me to show my face and talk to a camera. This was scary new territory for me. So, I started with something simple and familiar: The Paper Lily Pad is my go-to art demo for my class visits and I knew it was something that kids of all ages could easily grasp and put their own spin on.

After a full day of shooting, and then a second full day of editing, we set our first craft video free into the wilds of Youtube. Friends of mine started sharing the link and pretty soon photos of their kid’s lily pad creations started trickling in. It was then that I realized I wasn’t just talking to a camera, I was talking to kids.

I think those of us making videos for the first time are realizing how exhausting it is. (Try keeping a smile on your face while you talk for 10 minutes straight!) I had to redo my lines countless times, and what I thought would only take an hour ended up taking five. But it gets easier, especially when step back and look at it for what it is: yet another way to connect with your readers.

Ruth Ohi is an author/illustrator of 21 picture books.  She most recently illustrated Ted Staunton’s Friends for Real (Scholastic Canada).  www.RuthOhi.com

Hatem Aly is an Egyptian-born illustrator whose work has been featured in multiple publications worldwide. He currently lives in beautiful New Brunswick, Canada, with his wife, son, and more pets than people. He has illustrated many books for young people that earned multiple starred reviews and positions on the NYT best sellers including The Proudest Blue: A Story of Hijab and Family with Ibtihaj Muhammad & S.K. Ali, the Newbery Honor winner The Inquisitor’s Tale by Adam Gidwitz, the Unicorn Rescue Society series also by Adam Gidwitz with several amazing contributing authors, the Story Pirates book series with Geoff Rodkey and Jacqueline West, early readers series Meet Yasmin with Saadia Faruqi, and How to Feed Your Parents by Ryan Miller. He has more upcoming books and projects in the works. You can find him online ­@metahatem­. www.MetaHatem.com

Born in Montreal, Andrew Larsen moved to Toronto when he was 12.  He has loved reading and writing his whole life but only became an author after he became a father. Andrew doesn’t have a car; he prefers to walk. He is the author of many award-winning books, including The Imaginary Garden and Me, Toma and the Concrete Garden. www.AndrewLarsen.ca

Ryan North is a New York Times bestselling author and cartoonist known for his online strip Dinosaur Comics, his critically acclaimed work on Marvel's Unbeatable Squirrel Girl, his picture book How to be a T. Rex, as well as his Eisner Award-winning writing for the Adventure Time comic. He lives in Toronto with his wife, Jenn, and their dog, Noam Chompsky. www.RyanNorth.ca

Tyler Clark Burke is an award-winning creative director, writer, illustrator, and artist, and author of Bill Bowerbird and the Unbearable Beak-Ache, Where Are You Now? and the forthcoming The Last Loose Tooth. She co-founded the acclaimed record label Three Gut Records, and continues to work creatively with musicians. Tyler lives in Toronto with her husband and two children, Rooksby and Hugo. www.TylerClarkBurke.com

Ashley Barron is an illustrator and author. Her newest picture books include Love You Head to Toe (Owlkids) and My Ocean is Blue (Kids Can Press). She lives in Toronto with her cinematographer partner, Kevin, and their three cool cats. You can watch Ashley’s kids craft tutorial videos here: www.AshleyBarron.com/videos