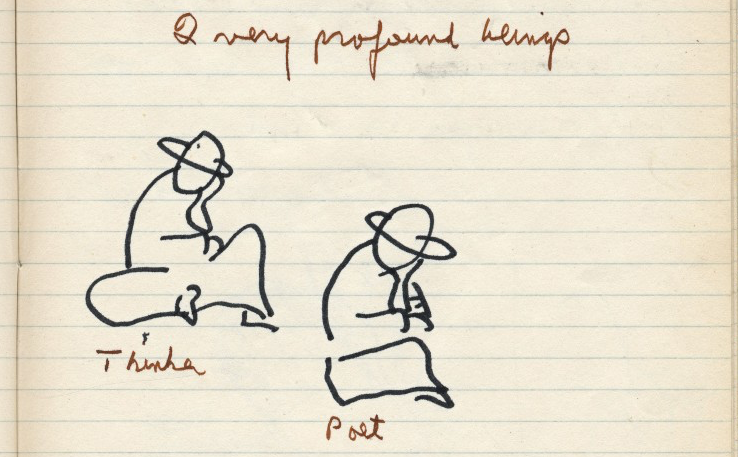 Like many of my time zone, I spent the night of November 9th with my smartphone on the same pillow as my head, awakening every now and again to check, and get my mind around, the news. I also had very real dreams of bombs falling. Dreams of the moment when the bomb is touching nothing, not the plane anymore nor the earth quite yet. I came to appreciate, like never before, the value that that naked-bomb moment holds for the person beneath. It’s a vindicating moment for that person. I feel like there’s a bomb above my head, she thinks, and there really is, so I’m not mistaken, not naïve, not melodramatic. I am correct to panic. This is as bad as it seems.

The next day I drove back to Prince Edward County, where I was living temporarily. I did not listen to the radio as I drove. Instead I stayed in my head, making a little list of things not to trust anymore, including polls and my own gut. Once I arrived, I sat down to write and found I could not. I had less faith than ever in the resiliency of poetry, or any writing, in the face of delay. When you read a “new” poem in a magazine or book, you don’t; months, maybe a year has passed between its conception and its publication. Delay is this necessary evil in the world of publishing. That autumn day, the future was so different from the present. How could I live in one and write for the other, with any sort of authority or confidence?

The next day, news broke that Leonard Cohen had died earlier in the week. I had been imagining all these poets out there, trying to respond to the new difference between the present and the future, maybe failing just like me. Now I imagined one poet fewer. People who had never met Mr. Cohen brought flowers to his house in Montreal. Other people, online, made fun of the people with flowers, for the flowers meant nothing to Mr. Cohen. The flowers were just litter. I wrote a little poem about Leonard Cohen. I felt silly. I made fun of myself. My poem was just litter. I threw the poem into an actual fire, where it could at least contribute something to something, postponing the death of the fire by one second, maybe less. I felt silly, throwing a poem into a fire, like a poet in a movie. I felt silly, feeling silly.

I have misspoken about delay in literature. I haven’t accounted for those self-publish, and that’s a lot of people. I don’t speak exclusively, here, of bloggers and Kindle Direct authors. Many of those who self-publish don’t identify as authors. Their medium is the tweet, the Facebook update, the Youtube comment. The time between authoring and publishing is often a moment in these cases, maybe less. The typos and tones contained in these publications confirm this moment’s brevity. The author thinks something, then gives it to the world immediately. Following November 9th, much of the chatter online concerned the fact that there were no words for what was happening. What was happening was beyond words. Words failed in the face of what was happening. Everybody agreed about this. We spoke of the futility of speaking. Dialogues were built to determine the limits of dialogue.

Years ago, my friend Danielle showed me poems by her sister. I found them gorgeous, even-handed, sly. She was tapping into a different wavelength than the hundreds of students who were submitting work to the campus literary magazine I was co-editing at the time. She was a head above them. I wanted Danielle’s sister’s poems for the magazine. Danielle had not anticipated this, and warned me that her sister simply didn’t like to publish, and was likely to say no. I wrote a pretty-please sort of email for Danielle to pass on, all desperate and flattering. Her sister said no. Again, this was years ago; I have never seen this poet’s work in any magazine. I know of a few other poets who are like this, writing gorgeous verse in private, skipping what I and many others consider to be the final step: getting the poems out in the world. Their works, perhaps, remain forever handwritten in notebooks, or hidden away on hard drives. If such a poet ever shares her work with you, it will likely be during a quiet hang, rather than a party or public reading. It will likely not happen until you have been found trustworthy.

A handful of times in my life, I have wondered if poetry is useless. I look at film, fiction, Facebook. The people putting these media to use have something on the poets: they’re definitely being heard. Over the last few months, I’ve given the most immediate media, social media, a closer look, and newly deduced that poetry is useful precisely because its readership is limited. A considerable metric for measuring the quality of a poet’s work might, in fact, be the smallness of her audience. There are more authors, more voices, than ever, but the result is not an uptick in communication. We’ve all been saying things, and we’ve all been given reason to believe that the things we say fall on deaf ears. A writer might do well to save her digital breath.

I’ve come to understand, and to appreciate, that there are writers out there who are content to be quiet, content to find the words for their thoughts and feelings, but not to distribute those words. They write only for themselves; that’s how straight they’ve got their priorities. It’s easy to forget that this is an option for a writer, and it’s one I want to keep in mind. It’s also the case that, no matter the amount of media I scour, I struggle to see my thoughts and feelings reflected well; I struggle to find the writer who succeeds where I fail, putting to words what I can’t. I take comfort knowing that it is at least possible that that perfect writer is out there after all, and is simply opting not to share her work. She could be writing for herself, and keeping it at that, with sureness and complacency that I aspire to take on.