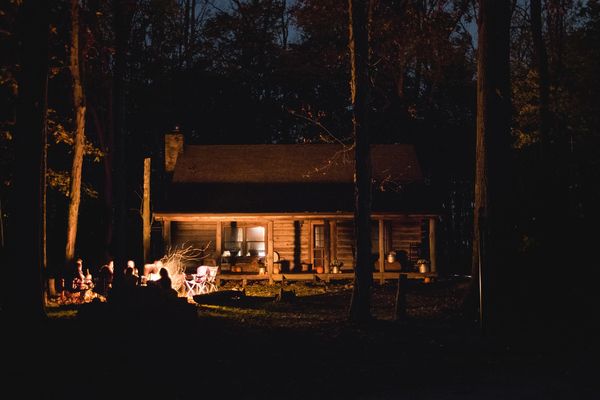 You’ve heard this tale before. It’s the one about the hook hand, a lone accessory on the car door of an unsuspecting couple. Or better yet, it’s the call that the babysitter finds out is coming from inside the house. Or perhaps it’s a more recent phenomenon, an unnaturally slender, tall man wearing a suit, alone in the forest. It’s the reason why you’ve left garlic by your bed, why you sprinkled salt in front of your doors, or why you avoid stepping on the cracks in the sidewalk.

When I was growing up, I was enthralled by these kinds of ghost stories and urban legends. I dreamt of sitting around a bonfire, trading spooky tales with friends through the hazy smoke. While I never got the experience of sharing those stories around a campfire, I managed to subsist on serialized horror. Those same scares could be found in print and screen alike.

I was captivated by Cryptkeeper's shrieking laughter in Tales from the Cryptkeeper and the dog's eyes aglow in the opening sequence of Goosebumps. I hung off every signature story introduction, from the teens in Are You Afraid of the Dark around a bonfire starting “submitted for the approval of The Midnight Society” to the beetles in Freaky Stories crooning “it happened to a friend of a friend of mine.” I would save up to buy myself volumes of Scary Stories to Tell in the Dark and Haunted Canada from the Scholastic Book Fair at school, staying up past my bedtime to read. When the Internet became a staple in my life, I spent hours browsing Wikipedia pages on urban legends, held my breath as I deleted chainmail.

The clearest thing that drew me to these types of stories was the chance to experience collective fear. They inherently required you to partake experience it together. While this could be physically together, like around a campfire, there was also the collective experience of revisiting the episode you saw last night together. Recess and lunch became a place to trade other tales too - the haunting of the bridge by the train tracks or the old Bloody Mary mirror trick.

Beyond this, there was also the enticing fact that no one person owned folktales and urban legends. It was often passed down through generations, whether it was a folktale about the Ol’ Higue from our grandparents or just an urban legend told to us by older siblings. This made the stories malleable, ones that shifted and changed over time. The interpretation of a ghost in Haunted Canada would be very different than how Tales from the Cryptkeeper approached it. Even Freaky Stories’ introductory remark of “this happened to a friend of a friend of mine,” simultaneously created a source or authority for the story, but attributed it in a way that made me feel like I might too have been connected to this friend.

Serialized TV shows like Are You Afraid of the Dark also taught me that there was no one way to tell a story. Gary, the founder of the Midnight Society and a bookworm with rounded glasses, told linear stories about magic and enchanted objects. Betty Ann on the other hand leaned towards aliens and otherworldly spirits, with her stories often ending on a cliffhanger. Each of the core cast members taught something different to me, an aspiring storyteller, whether it was how to create suspense in a mundane setting, how to incorporate ghostly elements in a realistic world, or how to create a twist ending. It also showed me how to expand a world and create interlinking stories over many seasons, with characters like Zeebo the Clown or Dr. Vink reappearing time and time again in the series.

While these series had a huge impact on me as a young writer, they were also very limited. As I work on my speculative short story collection, the difference between the television and books I consumed and the folktales passed down in my family is more apparent than ever. Tales of jumbies were never on these screens or in these books. The limitations of course also extended beyond me and my lived experience. These series frequently whitewashed figures like Sasquatch and mummies, stripping the history of the Coast Salish peoples and Egyptians away. They featured a mainly white cast, rarely had queer representation, and vilified disabled bodies. 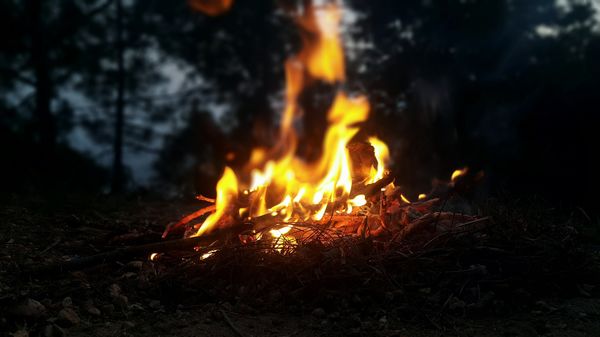 Goosebumps and Scary Stories to Tell in the Dark might have been my introduction to this type of storytelling, but there are numerous diverse contemporary writers approaching folklore and horror today in a way that takes the form so much further. In Alicia Elliott’s column on the rise of Indigenous horror, she notes that Indigenous writers “acknowledge the mundane horror of living in a country that dehumanizes you, weaving the reality of Indigenous life with fiction to scare audiences.” She gives Waubgeshig Rice's book Moon of the Crusted Snow as an example, where the inciting apocalyptic event, including losing power, isn't noticed as apocalyptic at first because of the conditions on the northern reservation. She also points to Cherie Dimaline's use of the real history of residential schools in The Marrow Thieves, and the Métis tale of the Rogarou in Empire of Wild.

Carmen Maria Machado is another writer who is reinterpreting this genre. In her short story “The Husband Stitch,” we begin with the familiar tale of “The Green Ribbon.” Featured prominently in the children's collection In A Dark, Dark Room and Other Scary Stories, the short story is about a young woman who wears a green ribbon around her neck, the ribbon being the only thing that keeps her head from rolling away. In Carmen Maria Machado’s retelling of this tale, “The Husband Stitch” evolves into a story that explores how the autonomy and desires of women are diminished, ignored, and betrayed. In an article on Electric Literature, Jane Dykema notes the way this story takes its title from the extra stitch that is sometimes given to women after childbirth “to make the vagina tighter than it was before childbirth in order to increase the husband’s pleasure during sex.” Much like Waubgeshig Rice and Cherie Dimaline’s work, Carmen Maria Machado uses the real world horrors to impact her readers - everyday horrors that are often minimized or disregarded.

Author Amanda Leduc is also reexamining and redefining the genre of fairy tales and folktales - two genres that have much overlap in the world of horror - using a twenty-first-century disablist lens in her latest book Disfigured. While the book will not be out until February 2020, the synopsis succinctly introduces the problem: “In fairy tales, happy endings are the norm - as long as you're beautiful and walk on two legs. After all, the ogre never gets the princess. And since fairy tales are the foundational myths of our culture, how can a girl with a disability ever think she'll have a happy ending?” Amanda Leduc explores how these tales have shaped how society views disability as “a punishment or impediment,” while also dismantling these harmful ideologies and creating space for disabled bodies. As with the aforementioned examples, Amanda Leduc also prioritizes those who are disregarded, minimized or, in this case, villainized.

For myself, the first time I ever discovered the sphere beyond Haunted Canada was in Nalo Hopkinson’s work. Her novel Brown Girl in the Ring and her short story collection Skin Folk were the first time that I saw my understanding of horror and the supernatural in these television and shows converge with my understanding of Caribbean folklore. It was reading about a Lagahoo (also known as a Soucouyant or Ol’ Higue) in her short story “Greedy Choke Puppy” or seeing the prominence of Obeah throughout Brown Girl in the Ring that I saw the synthesis of these two worlds that I had previously thought were separate.

In scholar Avery F. Gordon's book Ghostly Matters, she states that “to be haunted is to be tied to historical and social effects.” By extension, being haunted also requires us to recognize our own place and accountability within these ecosystems. Considering this, what horrors would rattle the skeletons in our closets and haunt our dreams if we recreated a series like Are You Afraid of the Dark or Freaky Stories with diverse creators? How much collective fear would seize us if, when we heard “it happened to a friend of a friend of mine,” that friend seemed so much closer than ever before?