Stepping in to help fill those vacancies are new associate editor Claire Caldwell and marketing manager Amanda Olson, along with bookseller and Worn Fashion Journal founder and editor Serah-Marie McMahon, who joins Annick as an editorial consultant.

“We’re really going to miss Sheryl and Brigitte, and before that Colleen,” says Annick publisher Rick Wilks. “[But] it’s a renewal thing. The vision is to do books that are leading edge, creative, passionate, and with a very high level of contemporary relevance. And I think these new people are really, really well suited to do that.”

Caldwell, who joined the company early last November, is the author of the 2014 poetry collection Invasive Species (Buckrider Books/Wolsak & Wynn) and comes to Annick following a five-year stint at Harlequin. “I was very much in the series-romance world,” laughs Caldwell. “But I really have a passion for children’s literature; it’s what I read for pleasure.”

In addition to her love of kidlit, Caldwell’s experience in the realm includes conducting poetry workshops for kids via schools and other community events, including Small Print Toronto’s Rhyme Stew. 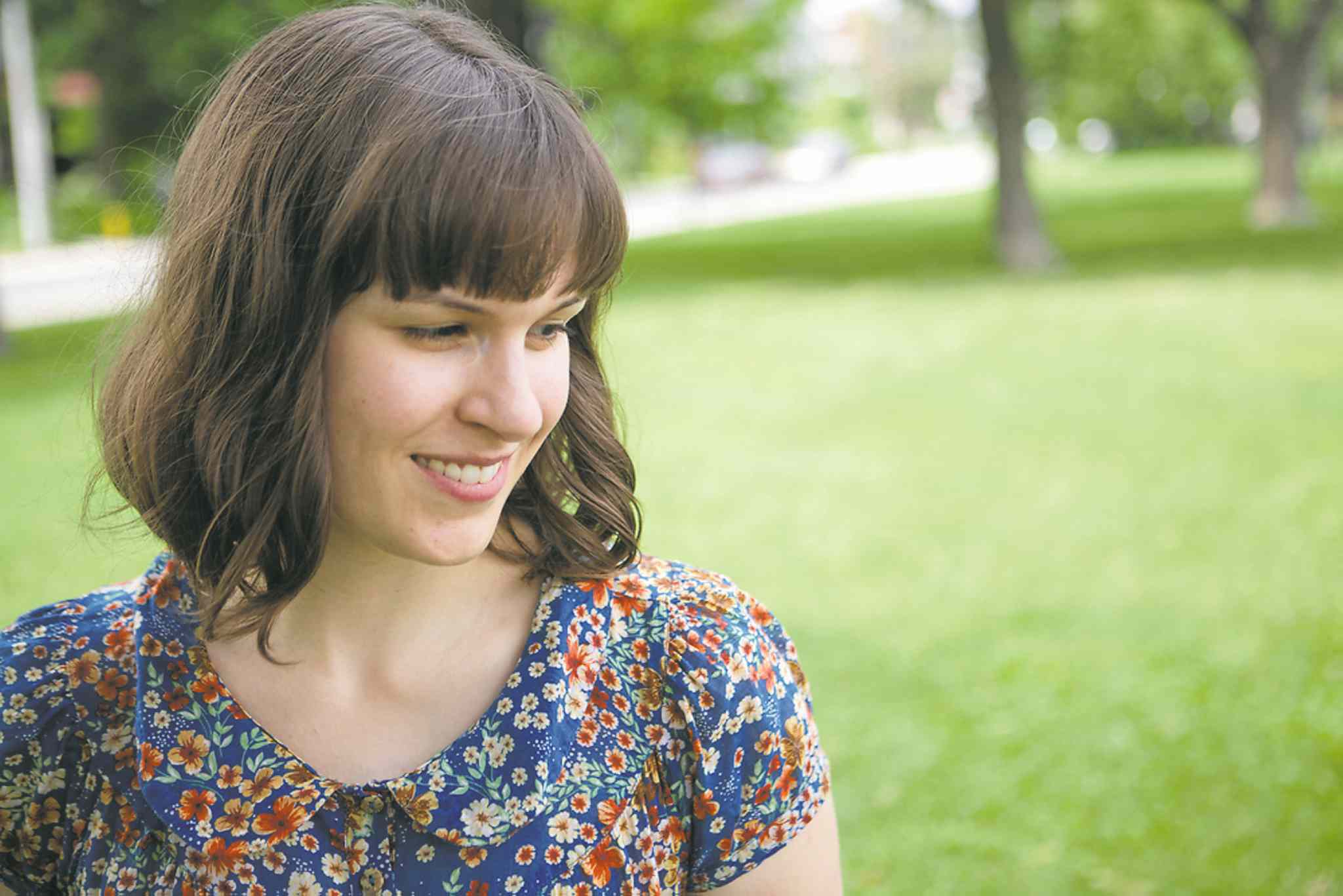 Wilks says it was the combination of Caldwell’s literary bona fides and her numerous connections within the industry that made her the right choice for the post. Working primarily with editorial director Katie Hearn, Caldwell says much of her focus will be on seeking out new voices through her CanLit networks, but also via social media and “reading a lot and seeing what voices stand out.”

Not surprisingly, given Annick’s track record of producing titles that tackle social justice and other tough issues, diversity is top of mind for Caldwell. “I am very much aware of keeping an eye out for those “own voices” stories,” she says. “I know we’re trying to grow our list with Indigenous voices as well.”

Though she hasn’t yet acquired any titles, Caldwell says she is already working on a few projects that both reflect Annick’s commitment to publishing relevant, engaging stories – from non-fiction to picture books to middle-grade series – and her own drive to develop new voices, particularly those that might have been overlooked in the past.

“I think it’s important to reach out to people, but also, if we get a submission in or if I see something that’s maybe not ready right away for publication, to provide some of that feedback or editorial guidance if there are voices out there that have a really great story to tell, but maybe aren’t quite there with the writing. That’s really important to me, too.”

While Caldwell will help steer the editorial direction, McMahon is tasked with lending her design-savvy eye to increasing the visual appeal of new titles in addition to scoping out potential projects. McMahon – whose first official day was Jan. 8 – says her role is loosely defined at this point. “ It's still a really fresh position, so it will grow and possibly define itself more clearly,” she says. “But right now we are busy revelling in the possibilities of all the book magic we can make together.”

“Serah-Marie is so impressive in her knowledge and her contacts in the field of children’s literature,” says Wilks. “This is kind of an outreach consultancy where she will, through her own connections, recommend projects for us, and also we will engage her with ongoing projects. We’re really looking forward to having her opinion, including artwork and design and presentation. She’s got a kind of really splendid take on edgy, leading-edge voices and perspectives on book development that we’re really eager to take a look at.”

Once the editorial magic is complete, it will be up to new marketing manager Amanda Olson to promote the books. Olson has a dozen years in the publishing industry, most recently at HarperCollins Canada, where she worked in sales and marketing. Though one might think taking over the reins from Annick veteran Brigitte Waisberg would be intimidating, Olson says working with Waisberg during the transition period in December was anything but. “She’s funny, intelligent, generous, and knows the children’s publishing world inside out,” Olson says of Waisberg. “I’m just sorry we won’t get to work together!” 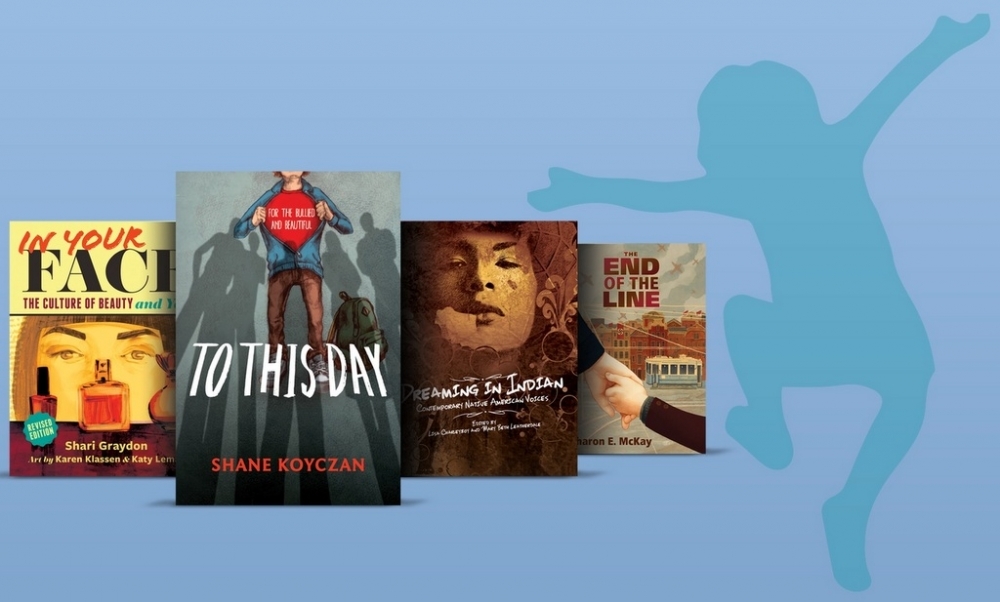 Though Olson won’t divulge specific plans (“I could tell you, but then I’d have to kill you,” she jokes), she will say she plans to build on Annick’s already strong reputation while drawing on the strengths and groundwork laid by Brendan Ouellette, newly promoted to the position of digital project manager after handling the press’s online initiatives for the past four years; and assistant marketing manager Shayanna Seymour, who Olson says has been “killing it” with Annick’s newest social media presence on Instagram.

Given the ever-increasing importance placed on social media in generating publicity for both books and authors, Olson says harnessing those platforms is top of mind, but that doesn’t mean she’s abandoning more traditional tools. “I’m interested in exploring some newer technologies for marketing, as well as refreshing some of the old stand-bys,” explains Olson. “Annick has a great marketing team in place, so the strategy will be more building on the good things already in place rather than a large-scale overhaul.”

Despite the fact that Caldwell, Olson, and McMahon have only been onboard for a short time, Wilks says the team is “already working really well” together. For her part, Caldwell says she’s beginning to feel more settled in her position, but the shiny newness obviously hasn’t worn off: “I think what I love about Annick’s list is that real social consciousness,” she says. “Not just the focus on and long history of diversity, but bringing these really important issues to kids in ways they can understand them and start to care about them, while still maintaining really strong storytelling. I feel really proud to be working for a company that stands behind all of that.”