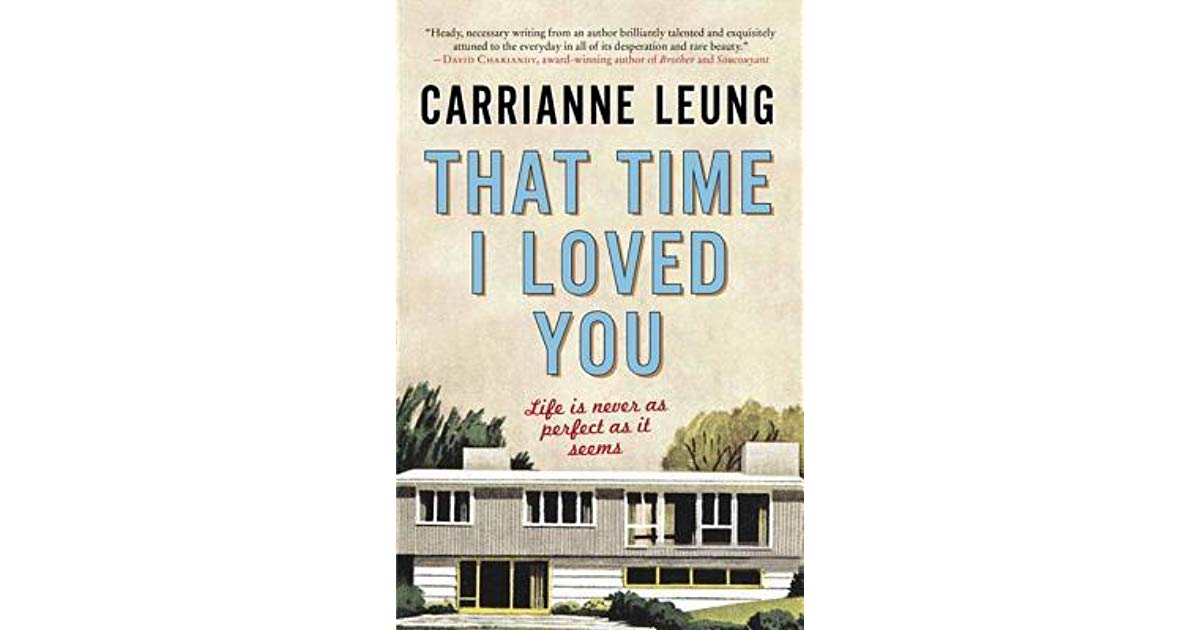 When I was growing up in Scarborough, I loved it and hated it. I don’t think it’s an uncommon feeling towards places where we grew up. But there are things about coming of age in a suburb as a racialized person in the 70s and 80s that add other layers to this love/hate. Coming of age in Scarborough “made” me a writer.

Scarborough confined me, troubled me, contained me as I imagined life – my life – to be waiting out there, past the strip malls, way down the 401 and beyond… I didn’t know I was confined until I discovered the world a bus, a subway ride and another bus away to the magical place we just called “downtown.” I found Chinatown first. It wasn’t the Eaton Centre or Queen West of the 80s that charmed me. It was the seemingly infinite number of Chinese Canadian kids like me who lived a far more self-referenced life. Unlike me, they were mainly Toishanese and second generation with parents who worked in factories or the trades all in proximity to Chinatown as their core. These kids roamed the streets, played volleyball at University Settlement House and had dances at Cecil Community Centre that featured their own favoured DJs. I got myself a Chinatown boyfriend and had the revered rank of being an “uptown girl.” The class divide was distinct, and I was treated as a rare flower – a kid who went to piano lessons (god, a kid who HAD a piano!). While they envied me for my seemingly refined life of lawns and quiet, I coveted their world where they seemed to belong with ease. Belonging was always just out of reach for me in Scarborough, and so, I started to plot my escape.

True to my word, when I left for university, I made sure I went to another city entirely. I went even farther after university, away to that promised “out there” that I had always craved. So, it’s a surprise to me that when I sit down as a writer now, Scarborough pours out of me.

Scarborough’s landscape of plazas and subdivisions fill my stories. It is so ironic that while attending a writing residency surrounded by the splendours of Banff, I found and did my best writing on a laptop in a food court of the only mall in town. That’s some powerful suburban hangover! I am also very productive in places like Tim Hortons, so reminiscent of donut shops where I hung out with my Italian best friend, Maria to smoke and nurse a single cup of badly brewed coffee for hours. And of course, I write in libraries, the sweet spot of my suburban life. Again and again, Scarborough returns in my work. The grid of predictable streets and identical houses, the long stretch between bus stops and my ground zero, Warden subway station haunt my literary life.

Let me tell you about this place I loved and hated: It’s where my family learned to smear Vaseline on each others’ faces to ward off frostbite, of my Poh Poh’s endless knitting to cover our heads, necks, hands, all of us with her wool and polyester blends. It was where my toes froze over wearing the rain boots my mom bought me for winter because we were always underestimating the cold until we learned to overestimate it. It’s a place where I learned the word “fuck” because I was called a “fucking chink.” It was the place I first fell in love and got my first kiss. It was the place that I made a best friend who still remains in my life now.

Maxine Hong Kingston’s quote from Woman Warrior: “I learned to make my mind large, as the universe is large, so that there is room for paradoxes.”

In Scarborough, I made my mind large. 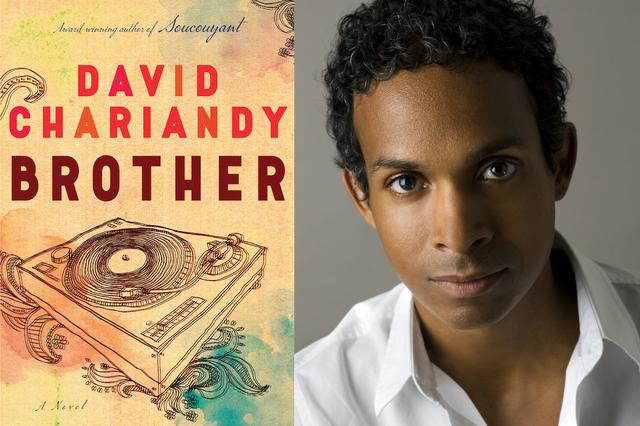 I remember my friends and I used to wonder what our street used to be before it was our street. We lived in a new subdivision and were the first to live in the houses. But what was it before? How could it have been nothing? We heard from older Scarborough residents that it was a forest and that they used to camp there. It seemed so uncanny that our neat little street with neat lawns could have been “wild.” I remember someone theorized a native burial ground. And so, there was this other haunting. That perhaps I lived on the bones of another history, long before someone sailed over and saw the bluffs and said it reminded her of her other home across the ocean, a place called Scarborough. Perhaps I always knew of the haunted place that I lived, that absences are not real, but hauntings are. This was a mini-production of terra nullius, as if the burbs was birthed on empty land, that nothing existed before our own settlement. This gestures towards the layered complexity of my own family leaving their colonized lands to yet another land colonized by the same people. This, too, is my Scarborough.

I had a friend who I adored. Her family used to pray over their plates of food that was always carefully arranged to not touch each other – meat, potatoes and vegetable (mostly canned corn). It was fun to hang out with her except as soon as there was a chill in the air, she would slap my arm and say, “Feeling nippy out here, hey, Carrie?” and laugh like she made the best joke in the world. The first time I asked her about it, she replied, “Nippy?? Get it??” while she squished her eyes upwards into slants. I didn’t get it but I got it, you know?

I remember there was a tipping point, when there became too many of “us” A struggle over space down Sheppard over plans to build a Chinese shopping plaza. The white neighbours declared it was "too much" and waged a war against a Chinese mall being built. I didn’t know our history in Canada yet. To me, it felt like my family were the first ones to land. This began the white flight, I suppose. What began as my family and a handful of other Chinese people living in that area known as Agincourt in the 70s quickly transformed in the mid to late 80s, and we became the majority. This is strange to imagine considering my dad once drove for hours on the Danforth following a rumour that a new restaurant was serving fish ball noodles. We spent so many years buoyed by the nostalgic taste of home. Now, you can throw a fishball and hit a Chinese restaurant (as well as Caribbean, South Asian, Vietnamese, etc.) wherever you happen to be standing. And Agincourt became known as “Asiancourt.”

Perhaps this shift parallels my own. I haven’t multiplied myself in numbers or even in power, but I have grown in voice. I don’t know if I’m done writing about Scarborough, but I know Scarborough is not done with me. That particular time and place is where I learned story and now, years later, I learned the need to tell them.

I get asked a lot in interviews, “Why Scarborough?” as if it is a surprise, that this place called Scarborough can hold any inspiration or literary merit as a serious setting. Catherine Hernandez, author of Scarborough, says it so much better than me when she states: “The sameness of the suburban landscape serves as the riff to the song that I sing often in my writing. This is how a riff works in music: it is the basic repetitive theme that allows a featured melody to shine in counterpoint rhythms and jolts of sound. The drab architecture that city slickers turn up their noses at amplifies the stories of us suburban folks.” (Q&Q) 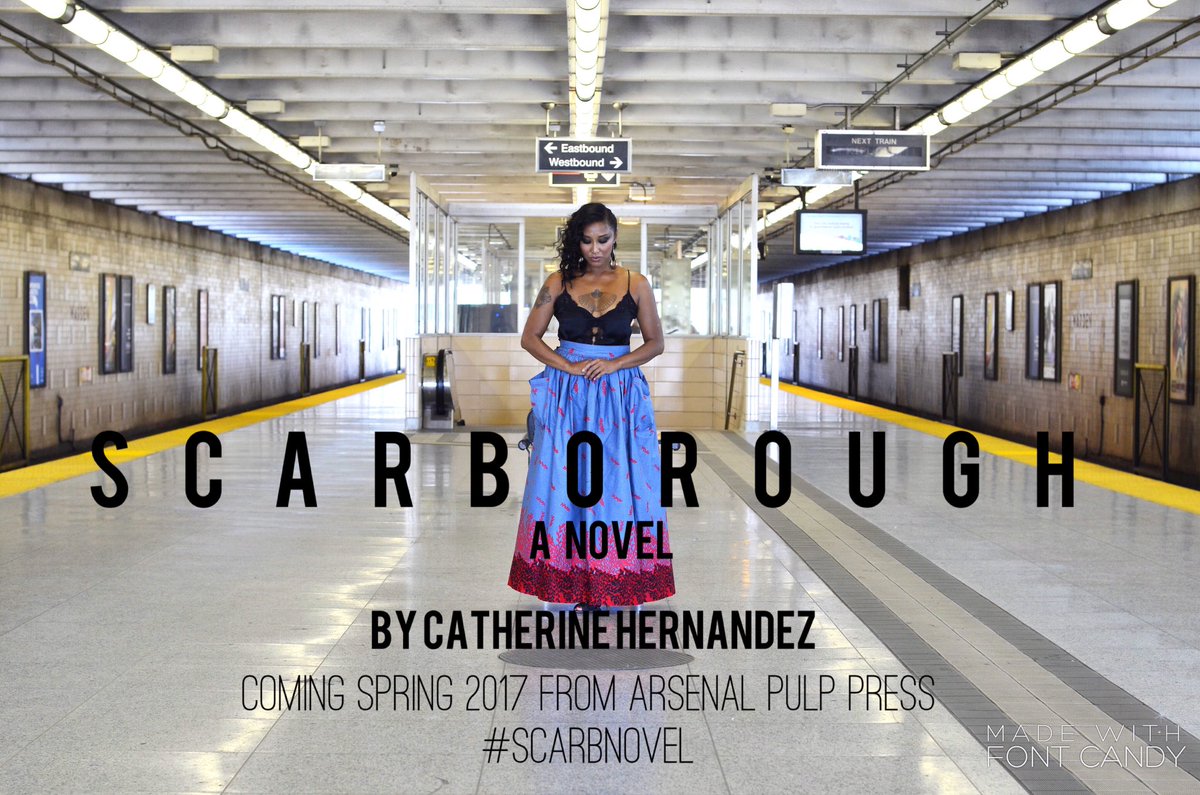 My friends, David Chariandy and of course, Catherine, recently released their own novels set in Scarborough, albeit their Scarboroughs are different from mine. David’s Brother depicts Scarborough is in the same time frame, but a different geography, over by the Rouge River in a housing complex. Catherine’s Scarborough is also set by the Rouge but in a more contemporary moment. Both of them are also preoccupied by what it means to be a marginal person in a marginal place like Scarborough. The suburbs are not a deficit of the city. Given the racial and class divide in the Greater Toronto Area, I would say the city is a deficit of the burbs.

These days, my Toronto friends want to go up to Scarborough, Markham, Richmond Hill because they hear that’s where the good food is. The hip blogs write like they are insider whisper networks adn wax poetic about the Sri Lankan food deep in a strip mall, the Malaysian laksa take-out in another. The suburbs are and have always been, just places that people make their lives. The burbs defy a singular story.

There are and will be many more stories coming out of Scarborough. I rejoice in them, and each telling helps us understand this place is of our making and yearnings. The setting is itself a character, a shape-shifter that holds the complexity, nuance and richness of lives. This one word, “Scarborough,” evokes a myriad of responses and in this evocation, multiple moments and histories of race and home. Scarborough haunts me, and I welcome this haunting.

I take the transit in the opposite direction these days, to another burb. I head west on the public transit to Mississauga for work. As soon as I cross the city boundaries, I notice the difference as people of colour fill the bus and streets. It looks familiar. Strip malls flow by, as my bus takes me 45 minutes to my work across the flat landscape. There is this kid I see almost every day on my way home. He babbles constantly and looks out at the view, commenting on what he sees – red cars in the parking lot, road signs with arrows pointing in all directions, the inflated balloon figure that dances in the wind beckoning us to a fried chicken shop. I can’t always understand him, but he likes clouds especially. His mom is tired and can only half-listen. They speak in both English and a language I don’t recognize. He looks outside and I look at him, and wonder if he’ll grow up and write these things down: this daily narrative that his big eyes sweep in and distil into this sweet, sweet talk-story. I look forward to reading them one day.

Carrianne Leung is a fiction writer and educator. She holds a Ph.D. in Sociology and Equity Studies from OISE/University of Toronto. Her debut novel, The Wondrous Woo (Inanna Publications) was shortlisted for the 2014 Toronto Book Awards. Her collection of linked stories, That Time I Loved You, was released in 2018 by Harper Collins Canada.