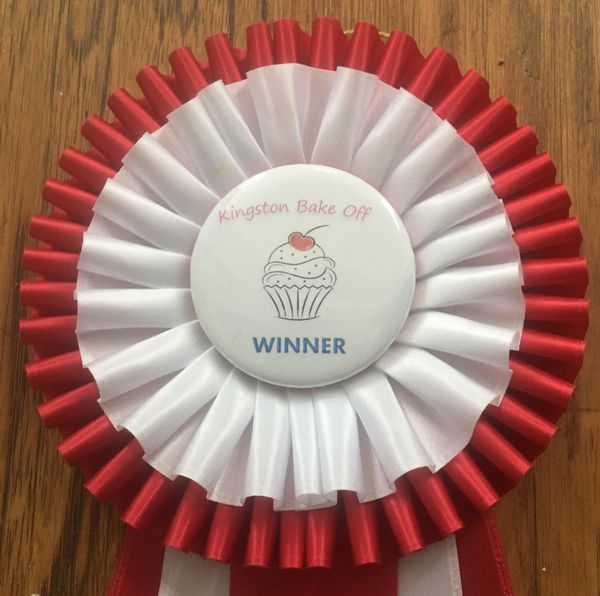 December! The end of the year! The end of a doozy of a decade! Bring on the next few weeks of excess, acid reflux and the superhuman effort to not compare my own work and efforts to anyone else’s as lists begin to proliferate our social media timelines. Nevertheless, please bear with me while I toot my own horn.

Why, just last week I won The Great Kingston Bake Off with my Gingery Brownie Crinkle Cookies. I was surprised to win; the cookies were rustic, not shiny and iced to the hilt, and definitely not styled nearly as well as they were in the New York Times. But they tasted pretty darn good, if I don’t say so myself. During the week before the contest, before I landed on Gingery Brownie Crinkle Cookies, I tried my hand at puff pastry from scratch and made some delicious French palmier cookies.  Both cookies are simple and although puff pastry takes time to prepare, it’s surprisingly easy to make. I suppose I opted for the gingery brownie cookie because it felt more winter-holiday-like to me and I could do it all on the day of the competition. I made what I liked and wonder of wonders I now have a sweet red ribbon to show for it.

I think I should take my baking win as a lesson in writer’s craft.

And I’m thinking the lesson is: Create what you like, create what you want to eat (so to speak). Maybe you’ll win a lovely upcycled red ribbon, maybe you won’t, but if you’ve made something you like and it’s something that some other people want to taste too, isn’t that enough? And if I think about my own work as a writer, I think I’m just eking it out here in the trenches of Canlit along with the rest of you, so I need to choose a project I’m ready to spend the next few years on. Lord knows I’m going to be sick to death of it at some point and doubt every initial idea I had anyway, so I may as well start with an idea that I actually want to leave my Twitter feed for.

I lucked out with my baking last week but I wish you could’ve tasted those lemon squares I made the first time I had the poets over here for tea and critiques. Man, you needed a chisel to get through the “shortbread” crust. My guests were polite but as soon as they left I put the remainder in the compost bin. Sometimes baking fails spectacularly and you just have to toss the mess. I wish I were as willing to let go of some of my bad writing as I have been of my baking fails. I still haven’t quite learned that it’s okay just to stop instead of working a piece of writing until it has no life left. 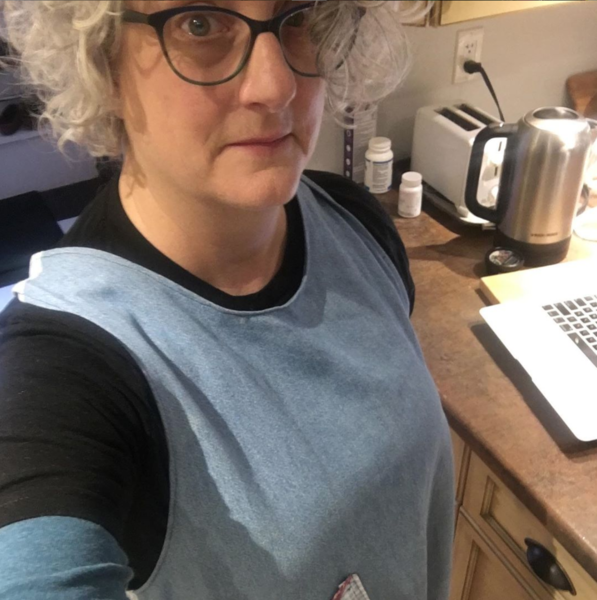 I don’t know how far I can stretch this baking/writing allegory but I do think writing can fail in the way that baking does. It can crater in the middle, it can be devoid of flavour; it can be dry or overdone. Writing, like baking, can fail in a multitude of ways and it’s not always easy to know how and why that might happen. And then there is the baking that most everyone enjoys but it’ll never win any prizes. For instance, the good old puffed wheat square, which, arguably, is not actually baking as it’s prepared on the stovetop. Whatever, I’m still the type who will always be happy to have a puffed wheat square in my hands.

I entered the baking contest, a pretty small contest to be honest, to help raise funds for a grass-roots community organization in Kingston that’s fighting big developers in the courts. My goal was to not embarrass myself; needless to say I was pretty hyped when my name was called out and now my red ribbon has place of pride in my living room. And, it will come as no surprise to anyone when I say it was fun to win.

But it was just as much fun to research recipes and to try my hand at some new techniques. And maybe that’s what I want to remember about this baking adventure, that by trusting my vision I not only enjoyed the process, I had a good result. Of course, I was given a recipe to follow; I wasn’t experimenting, getting lost in too many ingredients or failing with too few. Still, as the 2019 Kingston Bake Off Winner™ I’d like to offer this tidbit of advice as a recipe of sorts that could relate to writing: Make the piece of writing you want for yourself, use the best possible ingredients, trust your gut and try not to stress too much about all the detritus passing through your social media timelines that’s pulling you away from the work of making something truly worth your time.