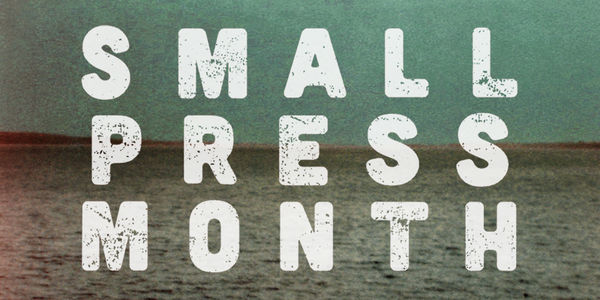 “What do you want to be when you grow up?”

This is a question children are often asked with a bemused smile by teachers, family, or friends. They expect that you’ll reply with some fantastical thing: a princess, an astronaut, a superhero.

But I always responded by saying that I wanted to be a writer.

At the time, I thought I knew what a writer’s days looked like. I would have an office lined with bookcases and a leather lounge chair. I’d spend my days alternately reading, writing, and drinking tea (I didn’t even like tea at the time, but I somehow believed this was critical).

My days would be quiet and give me time to think deeply about my work while staring out my office window which, obviously, would look out onto a lake.

But now that I am a writer – this will likely surprise no one over the age of 10 – but that’s not at all what my writing life looks like.

After all, I’m finishing this piece three days after it’s due because I wasn’t able to write this week for health reasons. I have a freelance article due tomorrow night that I haven’t started yet. I just sent an e-mail to the editor of an anthology I’m contributing to asking for an extension.

I don’t have an office where I sit and think every day. Instead, like most writers, I spend the majority of my days at my day job which is unconnected to writing and which can also involve evenings and weekends. While I’m often exhausted when I come home, I fit in some freelance content marketing writing around that because I live in one of Canada’s most expensive cities. I try to use what extra time I have to do research for my next novel. Some of that happens on the treadmill in the morning when I furiously walk at a steep incline while reading and highlighting articles or books.

It’s a busy life but it’s made more complicated by the fact that I have visual processing issues and cognitive deficits from a brain injury. I often block out a few hours in the evening to work on an article or my novel only to be too brain fogged to do it or to quickly get a mind-numbing headache from looking at the screen. That means that I end up having to block out more evenings or time on the weekend to do work that should have taken me a few hours.

Add in the fatigue and symptoms I can have on days when I planned to go out to see friends or relax when I end up lying down at home instead, and I very rarely get a chance to purposely unwind.

A friend asked me recently if I could remember a day when I did no work and I couldn’t come up with an answer.

Her answer was (rightfully) no.

My situation is far from unique. If rob mclennan’s My (Small Press) Writing Day series is any indication, most writers are juggling a similarly large number of hats. Many have even more on their plates since they’re also married, or raising kids, or caregiving for a friend or relative. Some organize writers’ series, judge contests, or edit journals. They go to readings every week to support friends or read themselves.

If they have a book out, they might also be balancing all that with doing media interviews, writers’ festivals, readings, and other kinds of promotional activity or travel. If they have a day job, these things are often done on banked vacation time or leaves of absence, if they have access to those things. If not, they take an income hit to take unpaid time off from their jobs or freelance work to promote their books. Many writers work in precarious jobs that barely cover their bills and so have to take on as much side work as they can get leading to them running back to their hotel room after a panel to finish an assignment or send something to a client.  Even those working all the time or whose books are at the top of the bestseller lists can often barely make ends meet.

It’s not surprising that many authors often feel like they’re at some stage in the process of burning out. This isn’t a sustainable industry – its an industry that a certain type of middle-class writer has often dominated because they can afford the time and leisure with which to write and promote their work.  Maybe they have a spouse who supports them financially or maybe they have help from family. They’re the ones who have the writing days I imagined as a child. A few other authors are able to make enough money through writing to afford to focus only on writing as well. But that’s rare.

All other writers write on borrowed time. Time when they’re likely already exhausted from the things they have to do every day to survive or take care of their families. Maybe their friend or spouse took the kids for the afternoon. Or maybe they wrote on the bus on the way home after a long shift. We fit writing in when it feels urgent and necessary. But even when it fulfills us, it can also deplete us.

The book industry isn’t like any other industry. It needs the voices of writers from all different backgrounds because the work that writers often do is call out injustices, show different experiences, ask for change, and imagine futures or write presents where marginalized people can find joy.

But every writer deserves to work in a culture that doesn’t contribute to burn out.

Work/life balance is something we often talk about when it comes to other industries but because writing is sometimes seen as a hobby or a passion, we don’t always think about the impact overwork can have on writers’ health and well-being.

Overwork can also cause stress that can exacerbate or bring on physical illnesses or conditions. Despite living in a capitalist society that tells us the ultimate goal is to be as productive as possible – we aren’t machines. We need joy and play and rest in addition to work. If we don’t build that in, we will eventually break down.

There are numerous ways we need to work for work/life balance in the writing industry. Some of these things involve improving our self-care practices and encouraging each other to practice prioritizing their mental and physical needs -- but self-care is not enough. We also need to think about how we can care for each other by supporting each other better and creating structural changes.

After all, self-care is often a way to shift responsibility for our shared well-being to individuals rather than seeing the ways in which we are responsible to each other as a community. The culture of self-care also allows people and industries to continue to exploit others by creating difficult or impossible work standards and then faulting individuals for not both meeting them and also for not maintaining their mental and physical health in the process.

Telling a person struggling with overwork from obligations that they can’t turn down to practice self-care isn’t just a suggestion that’s often impossible to act on but it can also be a way to avoid responsibility for critically looking at the structural problem and striving to fix it.

Despite this, some forms of self-care can be helpful to learn and practice. Things like checking in with yourself around your capacity for work, learning how to set boundaries and say no, feeling like you can opt out from supporting friends at readings because you don’t feel good or are tired, and building explicit rest periods into your schedule if you have the privilege to do so all can help. Also, things like improving your self-talk around your writing, not overcommitting, and only taking on paying opportunities can make you more resilient.

But the industry also needs to change and we all need to be actively a part of creating that change – especially those who have more privilege or greater power in the community. Promoting work/life balance in the writing industry might mean ensuring you can give out a fair honourarium if you invite an author to do something or that you can pay them well for their writing if you publish them. It means not asking people, especially marginalized people, to do things for free for you – like read your manuscript or give a talk.

It means supporting writers who draw boundaries around what they’re willing to do and what they’re not. It means paying writers on time so they don’t have to spend their energy chasing down their cheque. It means limiting how much you ask of a writer for a festival so that they don’t leave your city burned out because you scheduled them for five panels and six school visits. It means asking if they have access needs and working to ensure that those needs are respected if they have a disability. It means asking everyone if they have access needs, even if you don’t think they’re disabled because not everyone can be public about their disability or chronic health conditions. It means understanding that some access needs might be untraditional and being fully prepared to accommodate them.

It also means understanding which groups are more likely to be struggling financially and burning out from being a writer. That means recognizing the extra work that marginalized writers including BIPOC writers, disabled, and LGTBQIA+ writers or writers who live in multiple intersections have to do. That extra work isn’t just in the extra labour they might have to put in to make ends meet or the emotional toll of precarious forms of employment, it’s also in the emotional labour that they have to do within the writing community and with readers when they confront micro-aggressions, exclusion, appropriation, hate, or discrimination.

Among other things, that means designing your festival or reading series in ways that protect writers by, for example, not allowing questions from the audience to avoid potentially racist questions or by ensuring that they have someone to tell or somewhere safe to go if they’re being harassed. It also means helping writers financially by creating and contributing to more prizes and funds for marginalized writers like the Trans Writers Fund or the Indigenous Voices Award.

Some of these things will be hard to do, because the writing community is so under-resourced and is often run by volunteers. But we need to stop allowing that to be the excuse not to at least try to do better or to have a conversation about work/life balance and burnout.

I certainly don’t have all the answers – for finding work/life balance myself or for how the industry can get better at it.  But I think it’s important to talk about it.

A.H. Reaume is a Vancouver-based fiction writer who reads too much and is currently in too many book clubs (four in total). Reaume has a background in feminist activism and an M.A. in Canadian Literature from UBC. She's been published in the Vancouver Sun, The Globe and Mail, USAToday.com, and Time.com and is currently trying to finish her first novel.