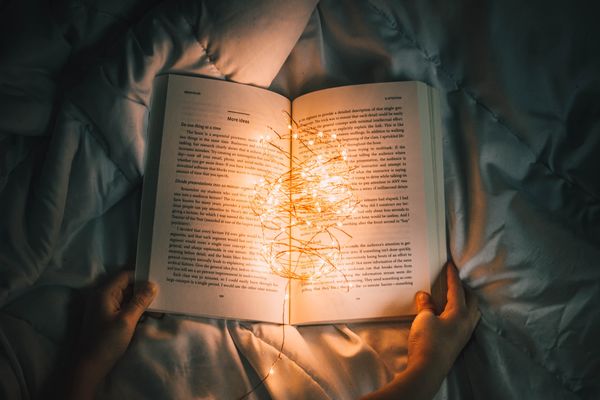 We all know that every story has already been told and our challenge, as writers, is to come up with new, original ways to tell stories. Unfortunately, sometimes you think you’ve done just that and, moments later, you chance upon your story in a bookstore—except it’s been written by someone else and published by your dream publisher. Blaaargh. When this happens, my first instinct is to give up on both my idea and being a writer. FOREVER. I hate that I’m such a defeatist, but I hate feeling unoriginal even more.

But if you act like me, you’ll likely never write anything, so let’s talk about what you can do instead of withdrawing into a shame cocoon for the rest of your life.

Do research after you write a few solid drafts:

Plot out your story. Develop your characters. Get all your ideas on paper. Don’t upset your flow. If you worry too much about what’s already been published then you will never manage to complete a single draft. Don’t get me wrong – it’s important to know what’s been done and to actually read it, but not to the detriment of your own writing. Once you’ve given your first and second drafts a lot of attention, go and see what else is out there. And don’t just read reviews of what’s out there — actually read it. How do seemingly similar stories compare to yours? How are they stronger? Where do you need to put in more effort? How are the stories weaker? What would you change about them? Can you make your manuscript do the things the other stories don’t do?

Get personal and specific:

There’s one thing that your book has that other books don’t: You. Pull specific moments, people and feelings from your life into you work. Infuse your story with your voice to make it more original. Unless you’re super boring, in which case maybe you have a super interesting cousin who you can steal from? And remember to focus on your audience. Who is your book for? I always like to pick a single person I know. If you try to appeal to everyone, you’ll appeal to no one.

Be willing to pivot:

Sure, sometimes you’ll need to throw out the baby with the bathwater, but most times you won’t. You just need to pivot and rework the initial ideas you come up with. In improv, there’s a fantastic game called “Should Have Said” where the players can be interrupted by the audience members if the audience members don’t like what they’re seeing on stage. When an audience member calls out “Should have said!” the player has to come up with a new line or approach to the scene. I’ve said it before and I’ll say it again: I play this game all the time when I’m writing. It’s incredibly useful in helping push the limits of my imagination.

Here’s the thing, we can never predict what’s going to take off and what’s not going to work: But you will always stand out if you have an original voice and your writing is great. My grammar is terrible, I find it really hard to write description, and long sentences confuse me. I’m not a great writer. But I lean into my limitations by focusing on what I am good at: minimalist writing and realistic dialogue. Figure out what you’re good at and get even better at it.

Let it rest and rise:

Like bread dough, sometimes your manuscript just needs to rest before it can rise. If the original ideas aren’t coming fast and furious, you might just need to forget about your manuscript for a while and come back at it with fresh eyes. Don’t overwork that dough!

Now go forth and write a story that will surprise you (and me)!