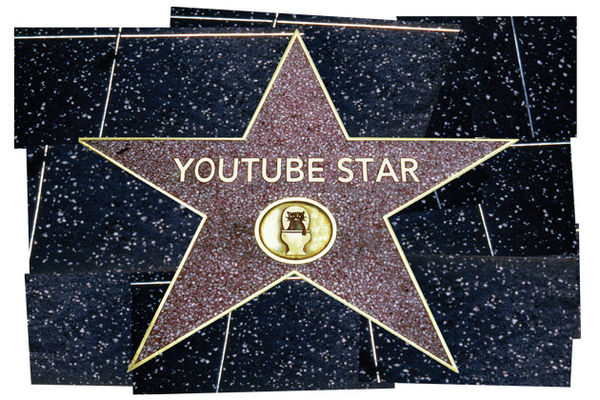 A few fun facts about me: When I was about five-years-old, I starred as Dopey in a production of Snow White and the Seven Dwarfs at camp and killed it. Everyone was laughing. I also studied improv for several years and was once paid in sausages to do stand-up comedy. And in the past six months, I’ve made and/or participated in over 25 YouTube videos, Facebook Lives, Zoom panels and was even on live television via Skype. This is all to say, I’ve never been one to shy away from the spotlight, or artisanal sausages.

Authors and illustrators, now that you may be asked to write, direct, star in, film, edit and produce your very own story time videos due to the pandemic, I bet you wish you’d also done stand-up in a bar basement that smelled of sewage to prepare for this chapter of your life. But don’t worry, dear friend! I’m going to share my tips for making videos with you. So, grab your ring light and plug your nose … It’s time to make videos!

Location, light, shirt. Always record in front of a neutral or nice enough background. Try to record near a window in the daytime because natural light makes us all look a little less ghoulish. (That said, don’t film with a bright window behind you—you’ll look all washed out!) Or invest in a ring light if you’re going to be making over 25 videos. Wear solid colours. I once wore a patterned shirt and then wondered where I got a Hawaiian shirt once I saw myself on television. I haven’t owned a Hawaiian shirt since my Weird Al phase in high school.

Practice, practice, practice. I hate practicing public speaking with a passion because it’s boring to hear myself talk and I often think I’m much better at winging it. I assure you that I am not much better at winging it—I’m terrible. If you don’t want to go through your whole presentation ten times, at least nail down your spiel about who you are and what your book is about. Nothing is worse than stumbling over givens. Also, learn how to pronounce your illustrator’s name correctly if your book has one, and learn how to pronounce the author’s name correctly if you’re an illustrator. Don’t be that guy.

Don’t try to record your whole presentation in one take. If you’re creating a pre-recorded video and have access to simple editing software like iMovie on your computer or your phone, you can make your life easier by using jump cuts. Simply put, a jump cut is an abrupt edit in the middle of a continuous shot. YouTubers use them all the time. Thanks to jump cuts, if you mess up your script, you can just start from your last sentence, instead of starting from the beginning of your script. Jump cuts will also speed up the pace of your video and make you seem even more dynamic and fun. Truly. 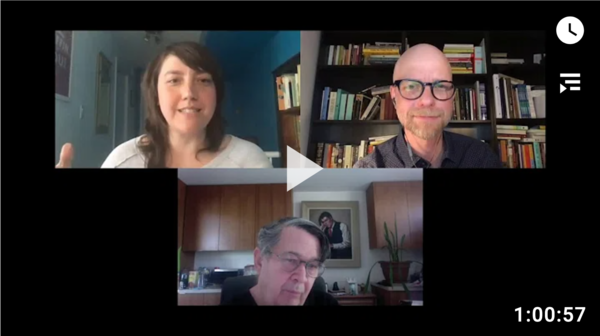 Avoid being on camera as much as you can. If you can’t stand your voice or the way your face moves, it may be worth memorising your story so that you can hide behind your book as you read it aloud.

Smize and radiate warmth. If you’re going to be on camera,avoid those dead shark eyes. Unlike in real life, you can’t see your audience and feed off their energy. You have to bring ALL the energy through your eyes, your smile and your body language. Try to pretend you’re talking to a group of friends and not a bunch of faceless, judgy Zoom squares.

Don’t try to be edgy, you will regret it later. Your video could be up FOREVER if you’re making it for a school or library. Forever is a long time.

Everything hurts. And that’s okay. I once presented to two people for an hour. Then I led a workshop for six people for an hour and a half. And then, I told a true story to 150 people that lasted ten minutes.Whether you have zero viewers or hundreds of viewers, it’s the same amount of stress. Lean into it.

Your technology may fail. And that’s also okay. I did a Facebook Live that cut out part way through my presentation. I had no idea. I kept talking for ten minutes to no one. If you’re ever doing a Facebook Live, unclick the button in Settings that says, “End live video if stream stops.” Also, if you’re doing anything live, maybe beg a friend to watch and text you if things get glitchy.

Be YOU and be the messy version. If you worry too much about how you sound or how you look, it could take you five hours to record one five-minute video. I KNOW BECAUSE I KNOW. We all think we sound and look weird on camera. It’s okay. One final thing, I’ll leave you with this quotation from Kate Bush: “I think it's important that things are flawed ... That's what makes a piece of art interesting sometimes – the bit that's wrong or the mistake you've made that's led to an idea you wouldn't have had otherwise.” And sometimes it’s the realization that playing Dopey in a production of Snow White and the Seven Dwarfs when you were five-years-old gave you the best lesson for making videos as an adult: It’s okay to come across as a bit silly. In fact, it may be the most wonderful thing about you.